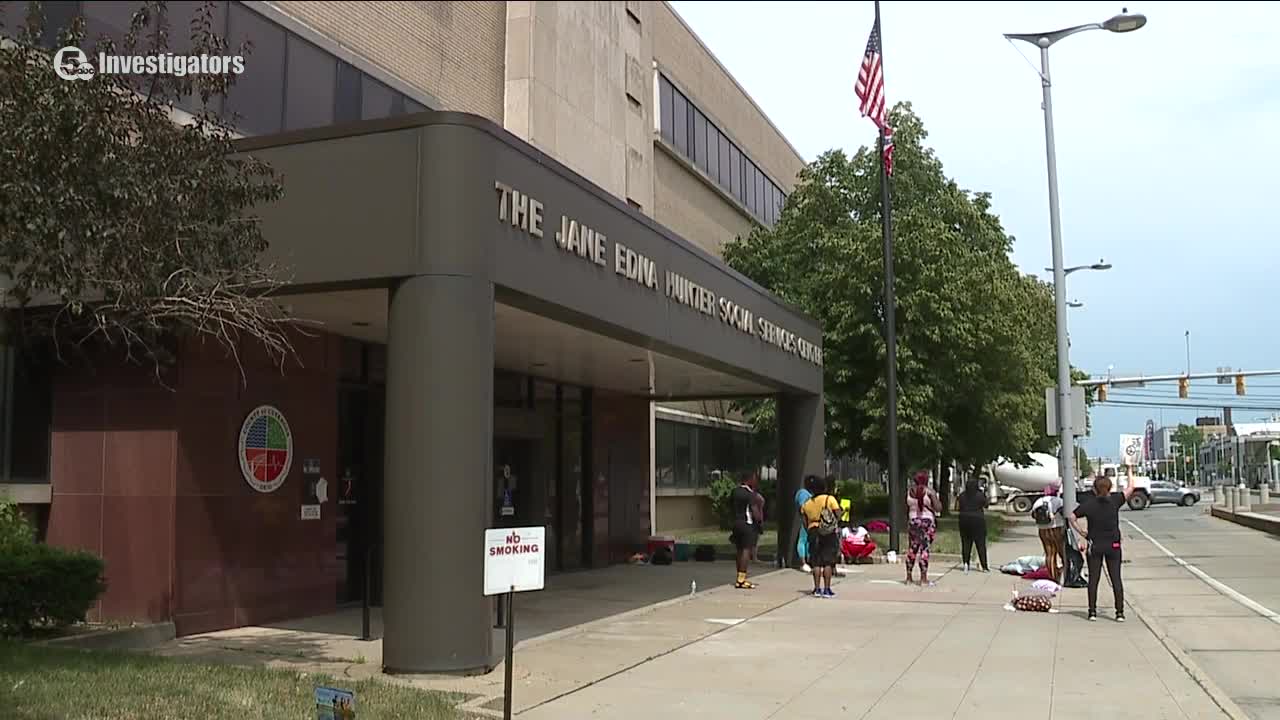 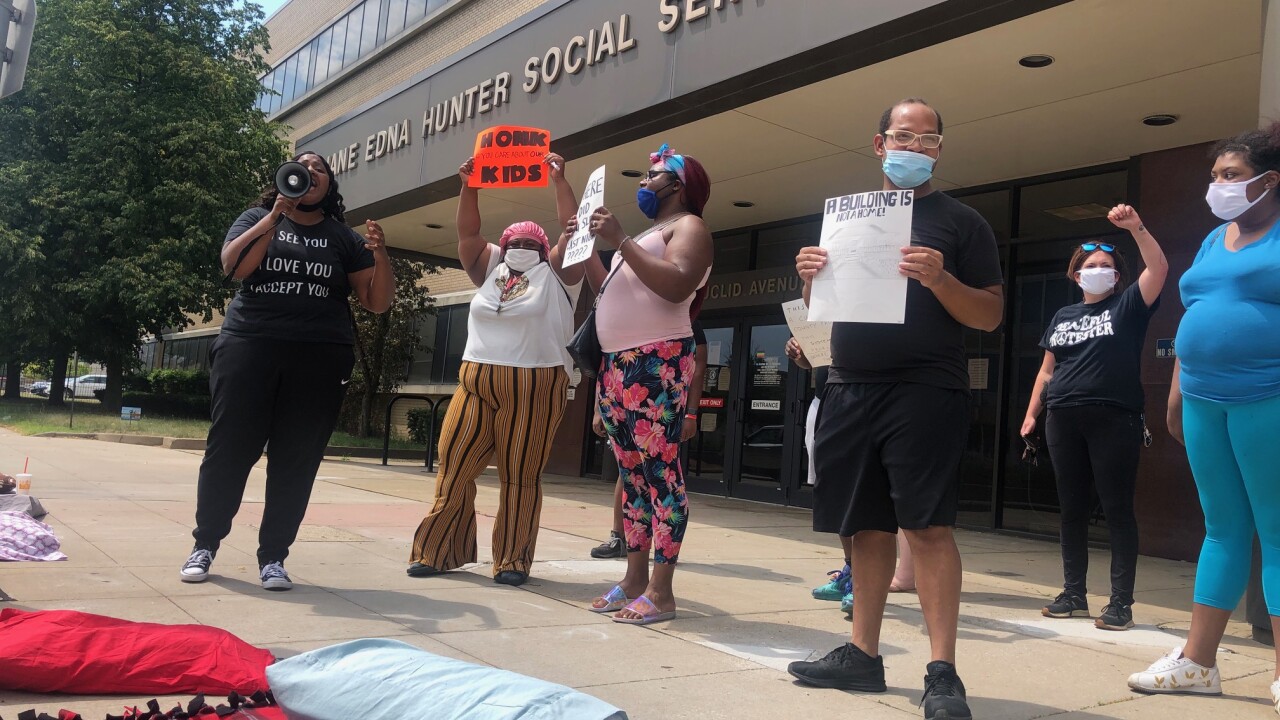 CLEVELAND — More than a dozen protesters gathered outside Cuyahoga County's Department of Children and Family Services headquarters Tuesday calling for an end to the practice of housing kids in the county's office building as they await placement in the foster care system.

It comes a week after 5 On Your Side Investigators uncovered teens in the county's custody were living in the Jane Edna Hunter building for days, weeks, and, in one case, more than a month while waiting for foster care.

"Our kids do not deserve to live in buildings," said child advocate Sonia Emerson."Our kids deserve families and they deserve homes."

A number of demonstrators had experience in the foster care system. Some called the practice of housing teens in the office building "inhumane" and "not acceptable."

"It broke my heart," said Regine Turner, who said she grew up in the foster care system."It kind of brought me back to when I was that kid and I can just imagine how the other kids felt being there. That's not a place for any kid to be."

The county blamed a lack of capacity in Ohio's foster care system and said many of the kids housed in the building had a high level of need. A DCFS administrator said teens were only kept in the building and supervised by staff as a "last resort."

State Representative Susan Manchester said she was heartbroken by what was happening.

"Seeing this story and being aware of the situation, it's completely devastating," said Manchester, a Republican from Waynesfield.

She sponsored House Bill 8 which aimed to streamline the process for parents to become foster caregivers. The bill unanimously passed in the Ohio House of Representatives last June but is awaiting a vote in the state senate.

Among the changes, it would allow would-be foster parents to use on-line classes for a portion of their training.

"This bill is not by any means supposed to decrease the standards for foster caregivers in the state of Ohio," said Manchester. "This would just remove some of those barriers and streamline the process so all the rules are made in the hands of Ohio Job and Family Services rather than the legislature."

In the meantime, demonstrators said the county must stop having kids live in an office building.

"Don't ever stick anybody in a building thinking it's a last resort," said Fitts. "No, you need to be on your game and find a place for them."

"To take our kids away from our families due to so-called neglect quote, unquote, and then remove them and put them in another abandoned situation where we're neglecting their basic human rights and their needs is not okay," said Emerson. "That's a form of neglect too."