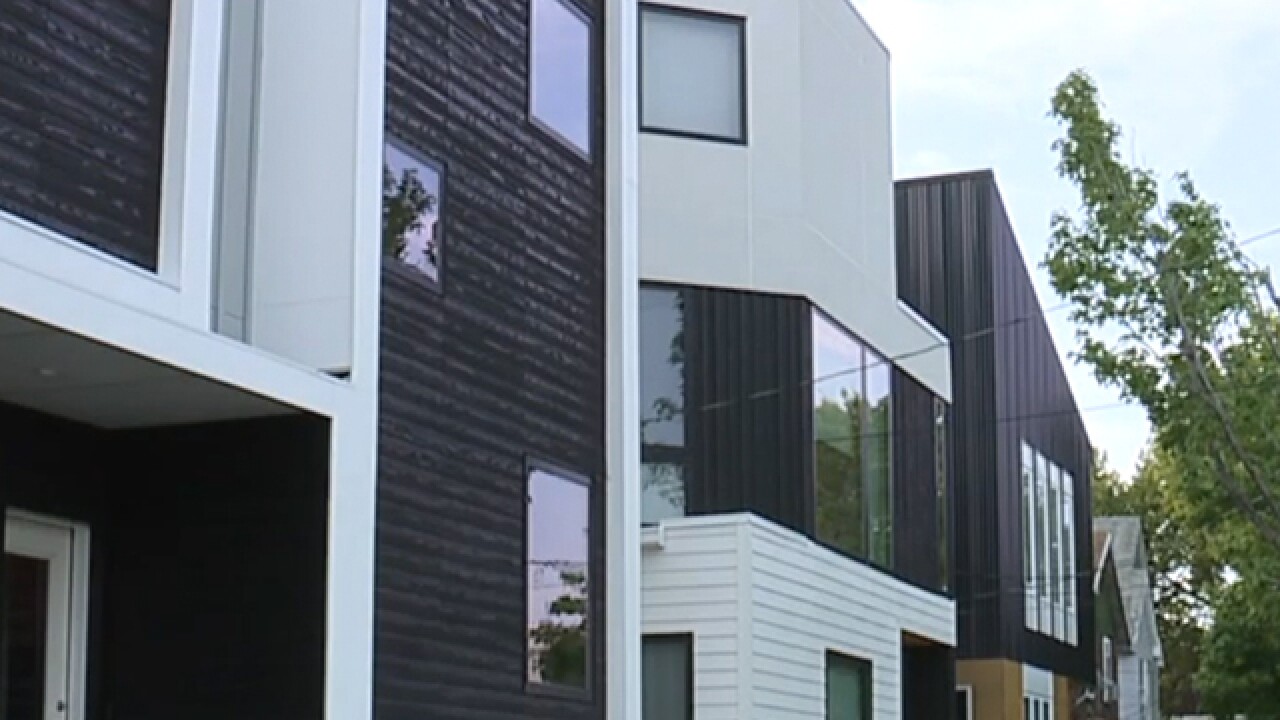 Copyright 2018 Scripps Media, Inc. All rights reserved. This material may not be published, broadcast, rewritten, or redistributed.
<p>Newly built homes in Duck Island</p> 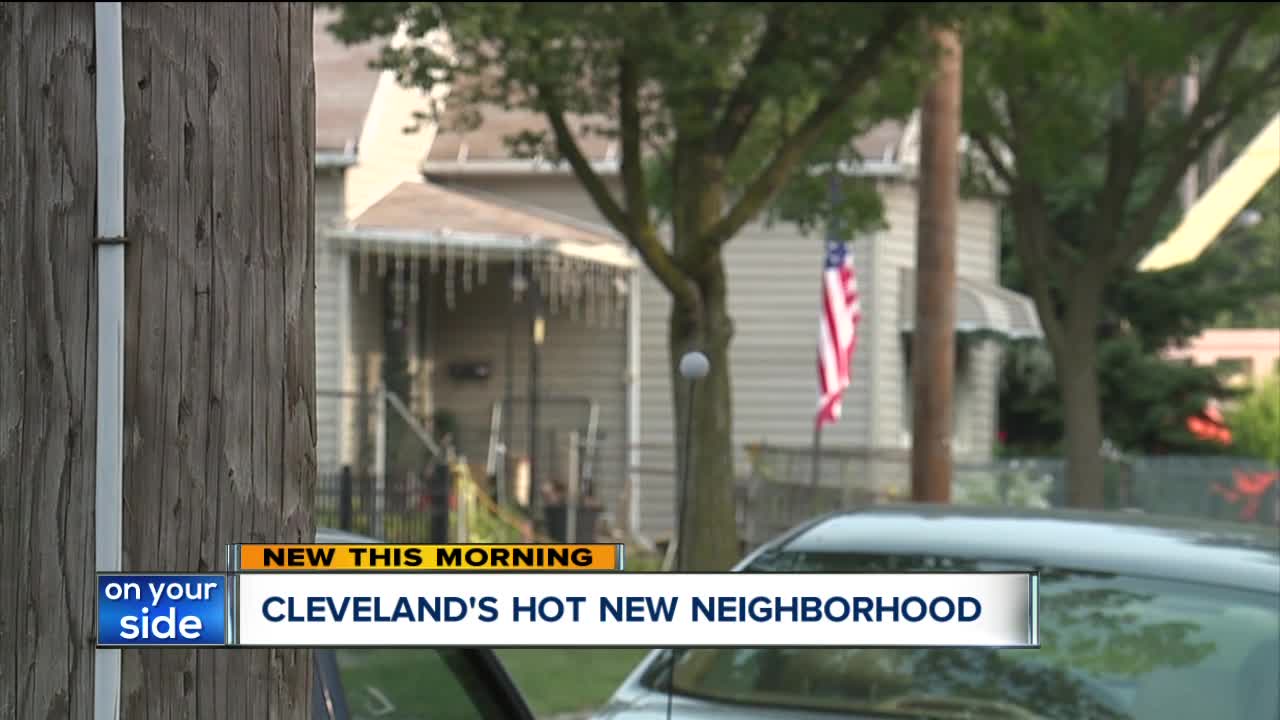 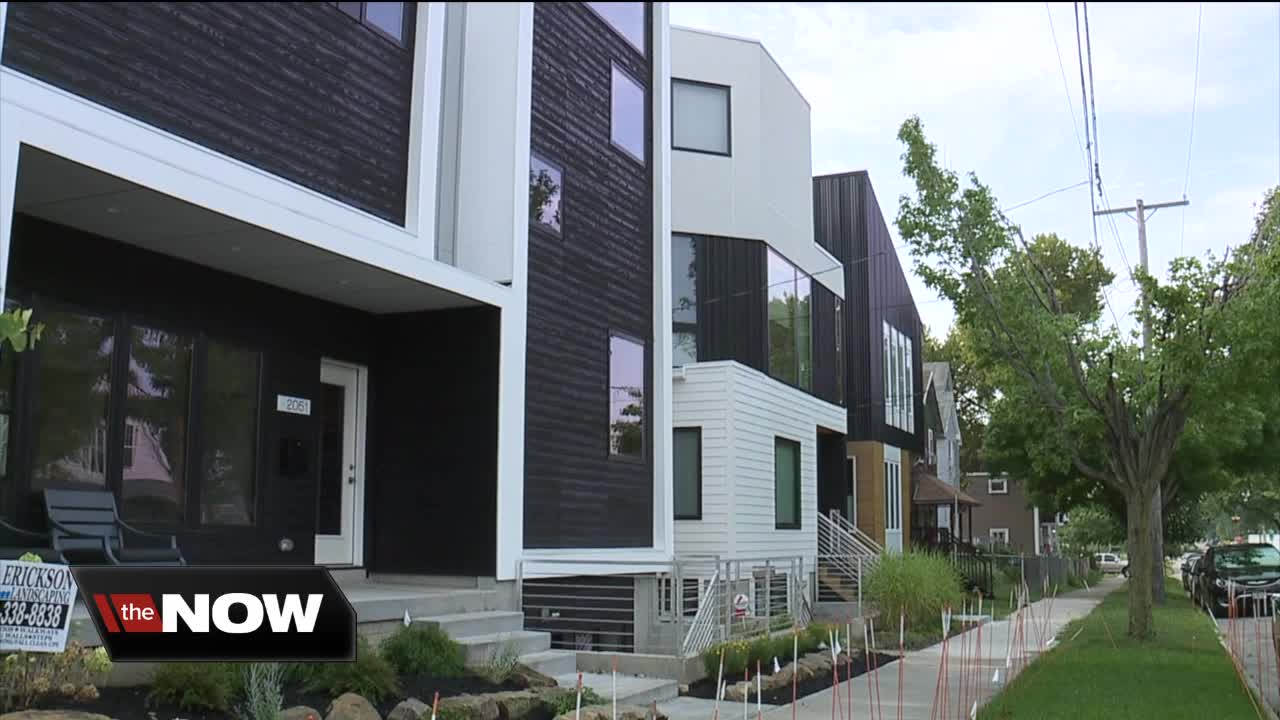 Most of us know about Tremont or Ohio City, bars and restaurants have been popping up there for years. Though, there's an area between those places that's a little less well known. Duck Island is a few blocks in between Scranton and Columbus roads and a group of people are hoping to turn it into a destination neighborhood.

Pam Wisander overlooks her home and it's clear, she has a pretty good memory.

Most of her memories were spent in her house in Duck Island— a small community, about one square mile, between Ohio City and Tremont. She said before it was hers, it was her grandma's.

"We were down here all the time," she said.

Though she also remembers a time, not too long ago, when Duck Island became a place that was unrecognizable. Most of the housing in Duck Island dates back to the early 1800's, according to Cleveland Historical.org

Until the early 20th century, Tremont residents could not walk north or east without first descending into the Flats In 1887, that all changed when the Central Viaduct was constructed.

Even with the bridges, like Abbey Avenue Bridge, Duck Island was isolated and retained its blue-collar status throughout most  of the 20th Century. In the mid-1920s, a trench was dug to accommodate railroad tracks servicing the Union Terminal Complex, thus further isolating the neighborhood. 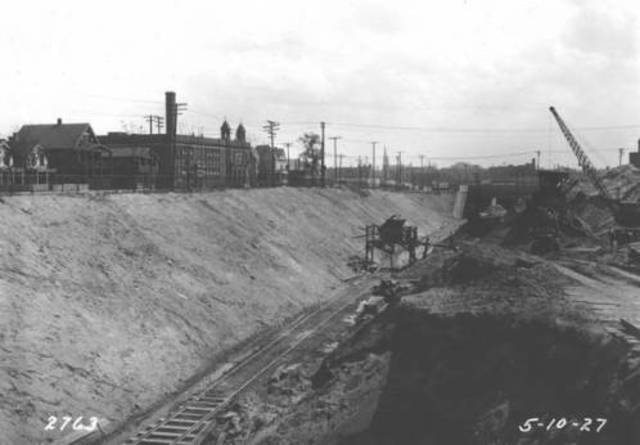 Excavation of a trench through Duck Island between Columbus Road and Gehring Street in 1927—built to accommodate railroad tracks for passenger trains serving the new Union Terminal complex Before this, Duck Island was tied into the street grid to Ohio City. (Source: Cleveland Memory Project)

"It had gone downhill. There was a lot of problems and everything," Wisander said.

It was filled with crime, vacant, and dilapidated homes. To most, it was an area you didn't want to get lost in.

Developer Matt Berges, however, had a vision.

"Less than a mile from downtown, right by Tremont Central, right where Ohio City was starting to pop," he said. "It was right smack in the middle of all of those great places. It just seemed like an obvious area that would come around."

Though if it were to come around, he said he had to do some cleaning up.

"Old houses, many of which had served their useful lives. They were in the rundown and neglect stages," he said. "A group of landlords who had no interest in owning some of these houses eventually sold them. It was essentially a big break."

Berges said many people thought he was crazy, but after the first few houses he built, a lot more people started to catch on. Now after more than a decade of work, his dream has started to become a reality.

"We are building houses that are meant to last for another 100 years," he said.

Berges's vision has been met with some resistance, though. He's been told he was pushing people out, but he begs to differ.

"Think about the individual homeowner who chooses to sell their house. It's hard to tell that person they don't have a right to sell and move on. I mean, in these cases we were buying an old, dilapidated house and paying somebody a huge premium for their property," he said. "They don't feel they're being gentrified; they feel they're taking this nice check to the bank and starting fresh."

He's already built nearly 30 homes and is starting about 15 more next year.

Duck Island is now a few blocks of old homes mixed with a few more new ones.