Fun but 'like cockroaches' — Ohio City residents split over e-scooters 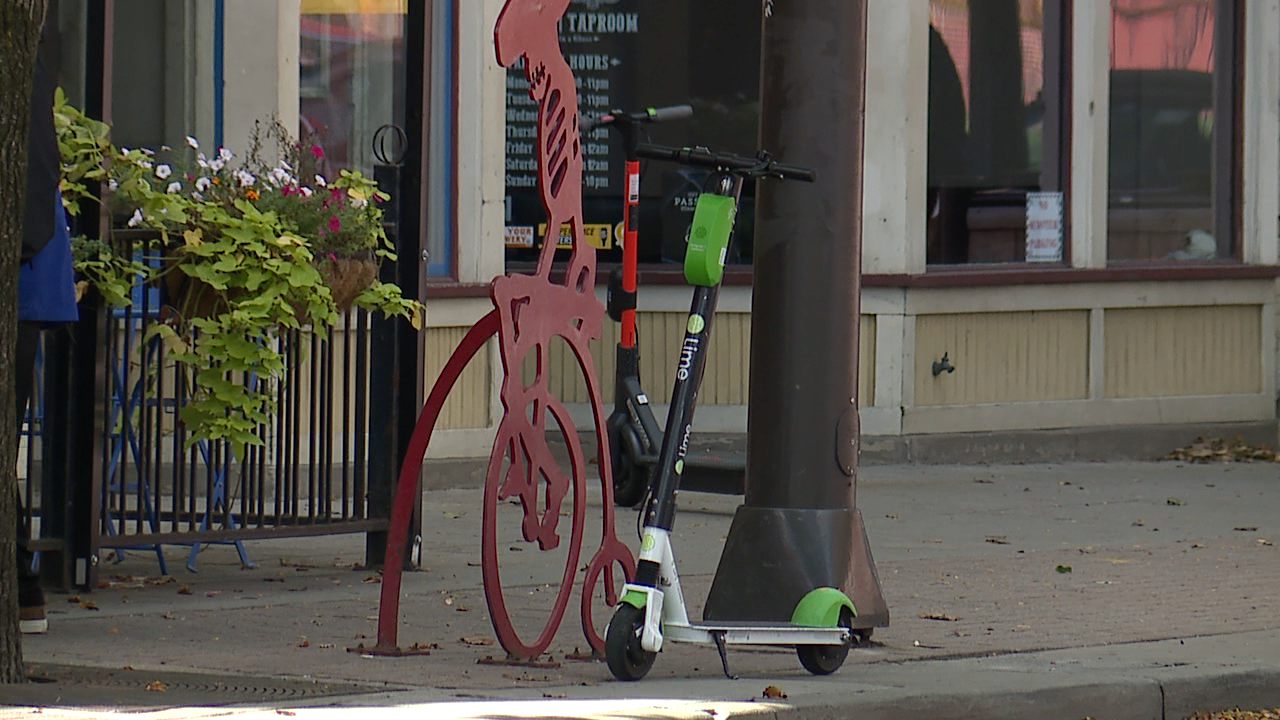 Dave Colabine
PHOTO: A couple months into a six-month trial run in the city of Cleveland, some Ohio City residents are happy with the scooters, while others are not.

CLEVELAND — About two months into a six-month trial run of electric scooters in the city of Cleveland, some Ohio City neighbors are split on whether scooters linked to services like Bird and Spin have been a positive or negative addition to the neighborhood.

The scooters are a popular form of transportation in Ohio City and in other neighborhoods, and while some people ride them for fun, others use them to get to places they need to go, including work.

"I actually really, really like them," said Paige Hepner, who lives in Ohio City.

Hepner said she uses the scooters a couple of times a month for fun, adding, "It’s kind of easy to get around everywhere. I see a lot of people going down the bridge right there on them. It’s easy to get down to the Flats and everything, too."

While she likes the scooters, Hepner said she can understand some of the concerns neighbors have about them being left in places they shouldn't be, although she personally has only seen that happen once.

"I saw some lady, she was kind of upset cause she had a stroller and I see that could be annoying, but other than that, I don’t see them as that big of a problem," Hepner said.

A problem for some, but not others

For some neighbors in Ohio City, though, the scooters are a big problem.

Hart, who has lived in Ohio City for about 17 years, has been vocal on Facebook about the issues he sees with scooters near his home and all over the neighborhood.

"Blocking our garage door, it was like, 'Really? You’re just going to put this in front of our garage door?'" Hart said. "And then we’ve had them spewed out on the tree lawn, and it’s like, 'Who picks these up? Where do these go? Who do these belong to? How am I participating in this new issue in my neighborhood?'"

Hart said he doesn't have a problem with people riding the scooters but wants the city or scooter companies to find a way to address this problem. He suggested that a local grocery store across the street, which has bike racks for bicyclists to use, could put something similar in place for scooters.

Where to park scooters

Freddy Collier, director of the Cleveland City Planning Commission, said in the past eight weeks, more than 112,000 rides have been taken on scooters in Cleveland, with no major injuries reported. He also said that most people are following the rules of the road and of parking properly.

According to the City of Cleveland, scooters are supposed to be parked upright and not in places where they can block walkways, driveways or doors.

"We want people to park in the furniture zone or one of the designated parking locations," Collier said. "The furniture zone is just beyond the street and about four feet into the actual sidewalk. It’s where you find trash receptacles, your trees, et cetera."

He added that people must use common sense about where to park the scooters.

"If I’m riding a scooter, I’m not going to throw it on your nicely manicured tree lawn," Collier said. "So we want to make sure that when we’re out there and we’re riding these scooters, that we’re utilizing them in a way that makes sense and that we’re following the rules."

A spokesperson for the scooter company Spin sent a statement to News 5 that read, "The City requires all operators to incentivize riders to park in the 182 designated corrals. Our incentive gives riders 50 percent off their next unlock fee - making the next trip 50 cents to unlock + 29 cents per minute. If you see an improperly parked scooter, please make sure to contact our support team (support@spin.pm). Our local operations employees will address as soon as possible."

Additional guidance on scooters and a place to give feedback to the city about scooters can be found here.