How did we get here? Black Lives Matter Cleveland blames long-simmering frustrations with police 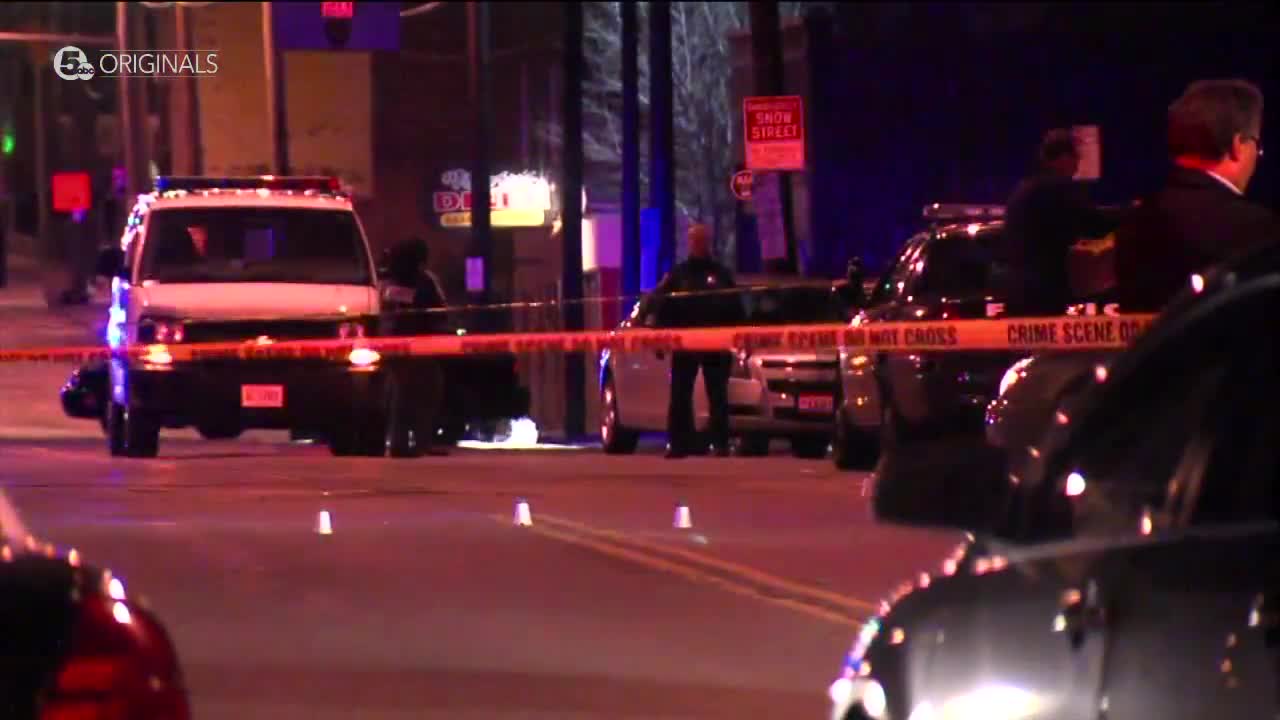 CLEVELAND — A protest to call attention to police violence and racial inequality turned into a riot in a matter of hours in Downtown Cleveland Saturday.

After years of frustration with Cleveland police practices, it was the first time a protest erupted in violence in recent history.

"They would not be able to come into a happy city," said Kareem Hinton, co-chair of Black Lives Matter Cleveland. "They came into a city where it was ripe for unrest."

Hinton said George Floyd's death in Minneapolis after video surfaced of a police officer kneeling on his neck ignited collective anger about the absence of officer accountability.

"It’s the just constant dehumanization of black and brown people," he said. "Frustration is prevailing and there’s a sense of hopelessness. People right now are choosing to speak in the language they think they’ll be heard in."

Frustrations with excessive force and racial disparities first bubbled to the surface in Cleveland in 2012.

On November 29, 2012, Timothy Russell and Malissa Williams were killed when 13 officers fired 137 bullets into Russell's vehicle after a high-speed chase ended in East Cleveland.

The pair were unarmed.

Michael Brelo, the only officer charged for their deaths, was acquitted in May 2015 after a high-profile trial.

Almost exactly two years after the chase, 12-year-old Tamir Rice was shot and killed outside Cudell Recreation Center in Cleveland.

The officer who shot and killed Rice, Timothy Loehmann, was fired for lying on his job application, but did not face any criminal charges.

"We didn’t come out like we should have when the injustice, when the murder happened," said Hinton.

Hinton apologized to Samaria Rice, Tamir's mother, that protests that followed his death soon fizzled out.

"I feel like collectively as a city we failed her," he said.

For a time, it appeared Cleveland was on its way to significant changes in its police department.

Just days after Rice's death, the U.S. Department of Justice said it had investigated and found a "pattern and practice" of excessive force in the Cleveland Division of Police.

Around the same time Brelo was found not guilty, the City of Cleveland signed a consent decree agreeing to five years of federal oversight.

"On paper, what they started to do really started to look good," said Hinton. "It seemed as though they were addressing accountability, but what we actually saw was smoke and mirrors."

"Many folks have had enough," said Hinton. "They’re frustrated and it’s resulting in what you see going on around us right now."

"Until those things change, we’re always going to be a potential hotbox," he said.

Hinton said Black Lives Matter Cleveland is partnering with the Cleveland Municipal Bar Association to "dissect and dismantle" the collective bargaining agreement, common between police unions and municipalities nationally, that can often make it impossible to hold officers accountable for acts of wrongdoing.