In-Depth: A mural and a message, mother channels grief to spearhead anti-violence display 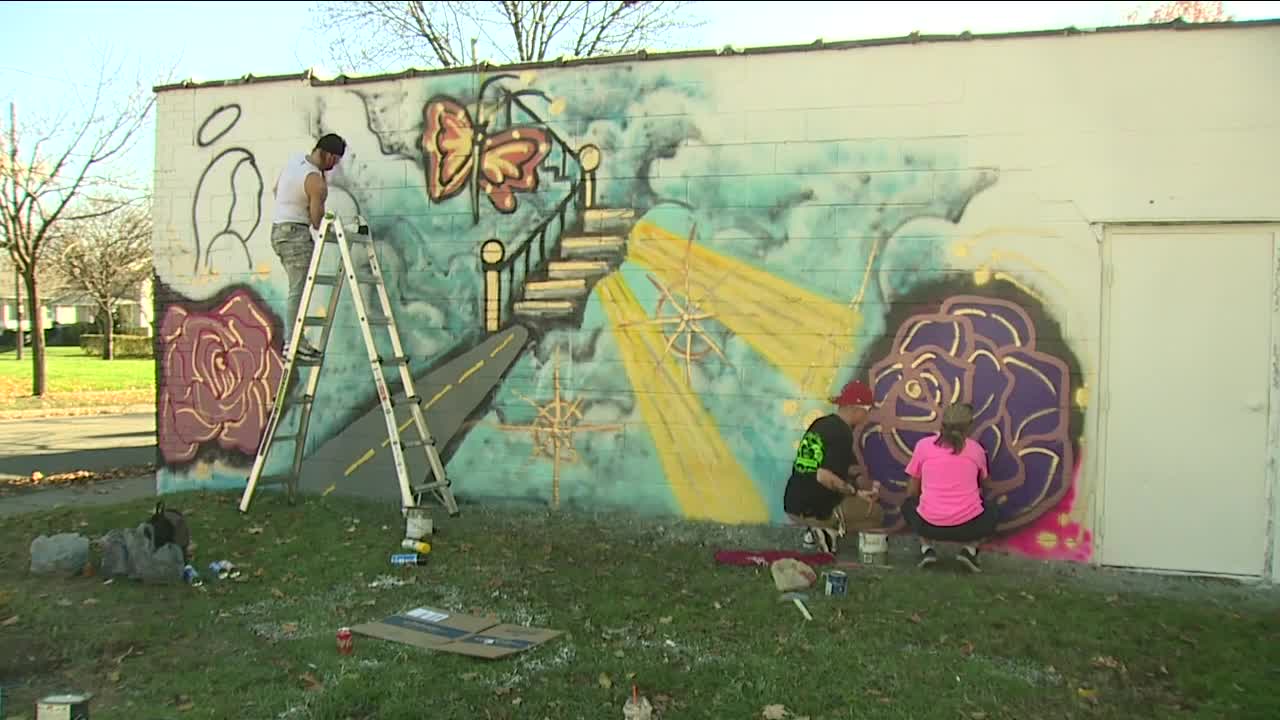 Up roughly 50% from this point last year, the number of homicides this year in Akron is on pace for a ten-year record. 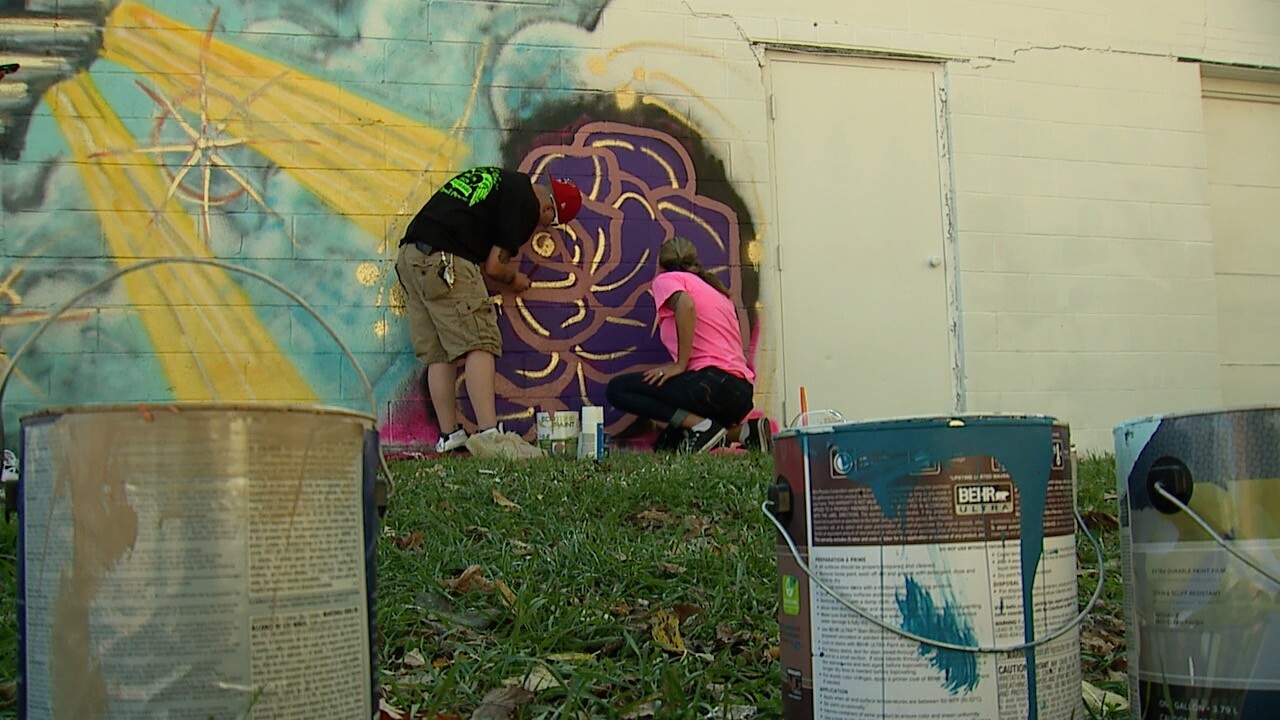 AKRON, Ohio — Up roughly 50% from this point last year, the number of homicides this year in Akron is on pace for a ten-year record. The city's Kenmore neighborhood has made more than its fair share of them. However, a mother who lost her daughter to gun violence during an especially violent summer is determined to do something about it -- one can of paint at a time.

On July 3, Janine Surgen, 20, was walking near the corner of West 27th Street and Waterloo Road, when a white Kia pulled up alongside her and multiple shots were fired. Surgen was found unresponsive and later died at the hospital. A half-hour later, Akron police arrested Jaleel Sojourner, 25, and identified him as the driver in the shooting. Calvin Thompson, 16, and Xaxier Tolbert, 17, were also in the vehicle and have been charged with complicity to commit aggravated murder, according to Akron police.

Police believe Sojourner and Surgen had been in some type of relationship.

For Brenna Surgen, Janine's mother, the past four months have been excruciatingly difficult. However, instead of letting the grief consume her, she's trying to channel it into something positive.

"I don't want another parent, another sister, another cousin, another niece or nephew, or another good friend to go through what I'm going through," Surgen said. "When somebody is murdered, it's a different level of anger and grief and hatred and, oh my gosh, the confusion."

Janine Surgen's childhood home is roughly two blocks away from where she was killed. Halfway in between is Mary Black's Artificial Flowers and Supplies, a neighborhood mainstay that has sold art supplies for more than six decades. Owner Marylyn Berresford fondly remembers Janine coming by the store as a child, eager to work on her next art project.

"She was a very nice little girl, very polite," Berresford said. "She was really interested in making different things. She was very pretty, very outgoing. She was a wonderful kid, she really was. Even now, thinking about it, it really upsets me that something like that could happen. It's just a tragic, tragic thing."

Last weekend, when Brenna Surgen approached her with the idea of painting a mural on the back of her building, Berresford didn't flinch. The cinderblock wall, roughly 25 feet long and 10 feet high, had been tagged with graffiti in the past.

It would be the perfect blank canvas.

"I'm proud that they can use my building for that," Berresford said. "To me it's really an honor for them to want to do this."

After her initial elation, Surgen was met with reality.

“I was just so super pumped and then it hit me that I'm putting my daughter's picture on the wall. She's never coming back,” Surgen said.

For the past two days, volunteers and close family friends like Chris Hardin have been diligently sketching, outlining, and painting the mural, which depicts a stairway to heaven inscribed with the words, 'stop the violence.' Hardin, a tattoo artist, was close to Janine Surgen and her family.

"It's a good feeling to be able to be involved, especially the street violence part of it," Hardin said. “This has to stop. I don't think any of our families can really handle another one. My heart hurts for her mom.”

Eventually, the mural will feature Janine’s face along with the names of other Kenmore residents that have been lost to gang violence. In addition to honoring her daughter, Brenna Surgen hopes the mural will send a message.

“Street violence is going to get you either dead or in jail,”Surgen said. “Part my message is if you don't stop, you're gonna end up on this wall.”

For Hardin, artistic expression is also a personal one. Painting alongside his fiancee and daughter, he’s reminded of how close he came to never coming back.

“I've got two kids of my own with one on the way. It's time for me to change my life too, you know what I mean?” Hardin said. “I was in the same position as all these other kids out here. I went to prison and I changed. It's not hard. It's just your choice.”