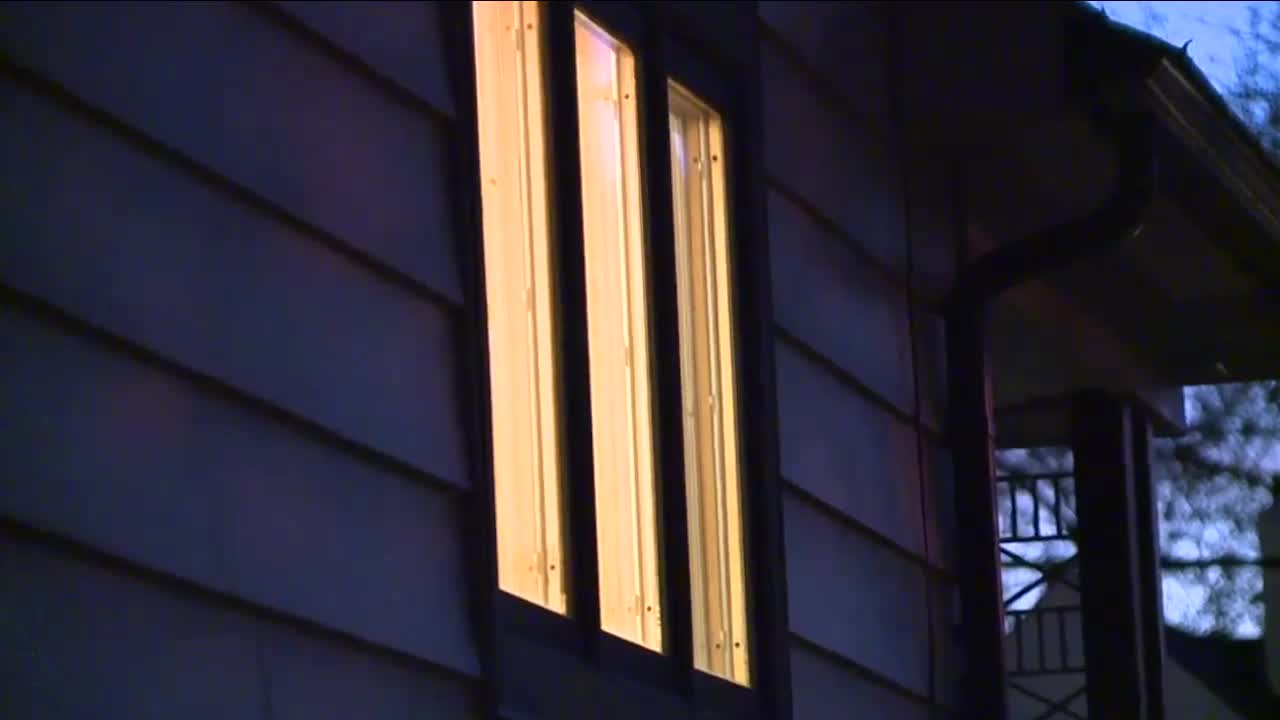 Akron's Fraternal Order of Police and some city leaders are concerned about the city's new COVID-19 social gatherings law, limiting homeowners to no more than six visitors is placing officers in even more potential danger.

AKRON, Ohio — Akron's Fraternal Order of Police and some city leaders are concerned the city's new COVID-19 social gatherings law, limiting homeowners to no more than six visitors, is placing officers in even more potential danger.

The ordinance approved by Akron City Council on a nine to four vote, on Nov. 16, could impose a $250 fine on homeowners who are caught violating the guest limit, aren't wearing masks, or are found to be less than six feet apart.

The ordinance is in effect for 30 days into mid-December and is meant to help curb irresponsible social gatherings and growing coronavirus cases.

Clay Cozart, President of the Fraternal Order of Police of Akron Lodge 7, told News 5 having officers knocking on the doors of private homes to check on compliance complaints, sets-up the potential for hazardous confrontations and brings up privacy and constitutional concerns.

“I don’t think it’s what a police department should be doing, we have no authority," Cozart said.

“I just think it creates a confrontational situation. A lot of time there’s alcohol involved, and then as we all know politics gets brought up and things tend to break into verbal arguments, which sometimes can evolve into violence.”

“Naturally people are going want to argue with the police, and like I said once we knock on that door the confrontation begins.”

Cozart said while he understands the law is an effort to improve public health, police responding to these complaints also exposes officers to additional COVID-19 risk, with more than 10% of the department already on quarantine.

He said enforcing the ordinance takes officers away from more important criminal calls.

“Our shootings are just daily, people getting shot daily, it’s going to take valuable resources away from those calls," Cozart said.

Cozart also stressed citizens are not obligated to answer the door if officers arrive on a social gathering compliant, and he's instructing officers to use good judgment when approaching homeowners.

“If you have to do this and you’re knocking on the door, and you don’t get a response right away, don’t keep knocking, don’t wait for 10 minutes," Cozart said.

"You knocked, you tried, nobody answered the door, go back into your cruiser and handle the next call.”

“If you think you’re being asked to follow an unlawful order, I’m telling my members then to contact your supervisor.”

Akron Ward 5 City Councilwoman Tara Samples told News 5 she is standing by the ordinance as an effective way to curb an alarming number of new COVID-19 cases, and doesn't believe it places officers in more danger.

“Summit County Public Health gave us the numbers, they were frightening to us,” Samples said.

“We have a problem here and it’s going to take all of us to fix it, or we’re going to have more funerals than we ever imagined.”

"Treat it as a welfare check, treat it as a nuisance call like you are already doing, no one is trying to put our officers in compromising positions.”

“There are other cities that are doing exactly what we’re doing. We are not the only city, not the only municipality that is doing this.”

Samples said the ordinance is needed because so far too many people aren't heeding the warnings, and said the law will only be in effect for a month.

Samples said she and 8 other council members believe the ordinance will play a role in getting the message out this coming holiday season and save lives, even though she's taking some criticism from residents.

Ward 4 Councilman Russel Neal, who voted against the ordinance said he believes those who voted in favor of the legislation were well meaning, but said the law should have only targeted large house party complaints.

Neal believes more homeowner education would have been a better solution.

“It’s an invasion of privacy, I mean, there’s been a question if this will even hold-up in a court of law, as far as constitutionally," Neal said.

“You can take those same people and go to a restaurant or bar, but you can’t meet in your own home?"

Cozart said if police find a violation, the report is then turned over to the Summit County health department.

Citizens who witness on-going violations on private property are asked to call the Akron Police Department's non-emergency line at 330-375-2181, or Summit County Public Health at 330-926-5795, for recently held events.