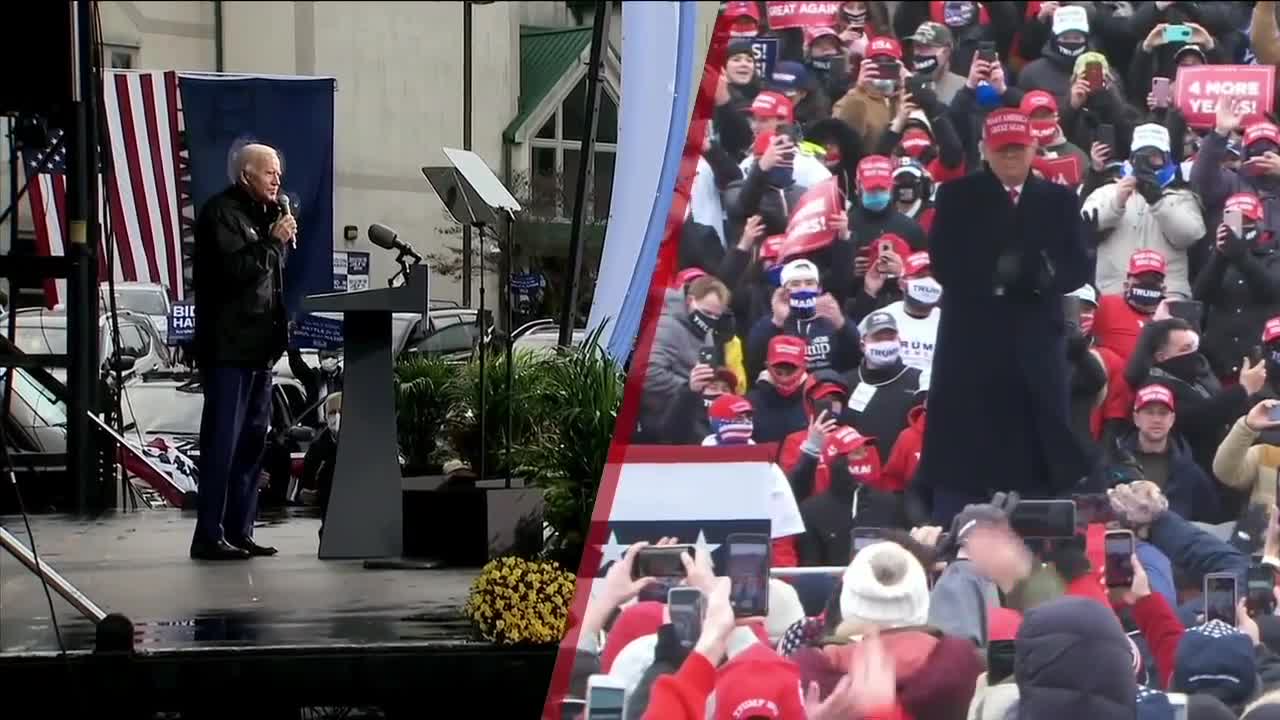 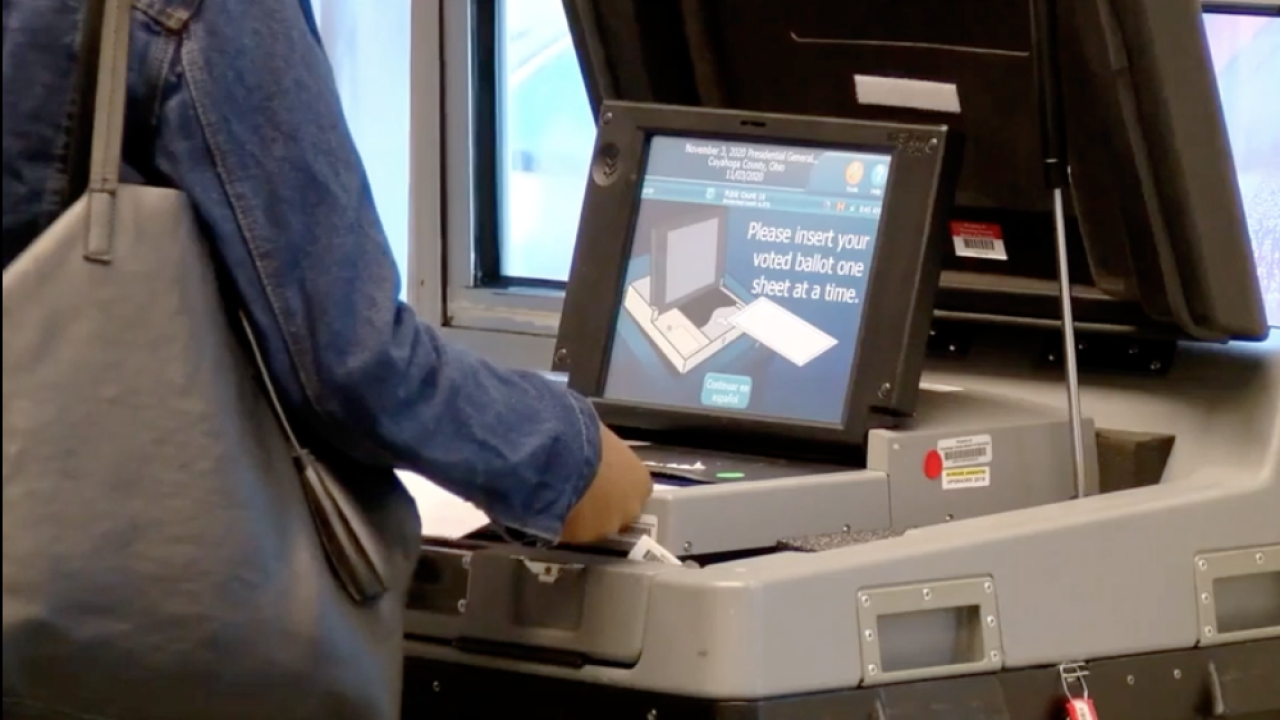 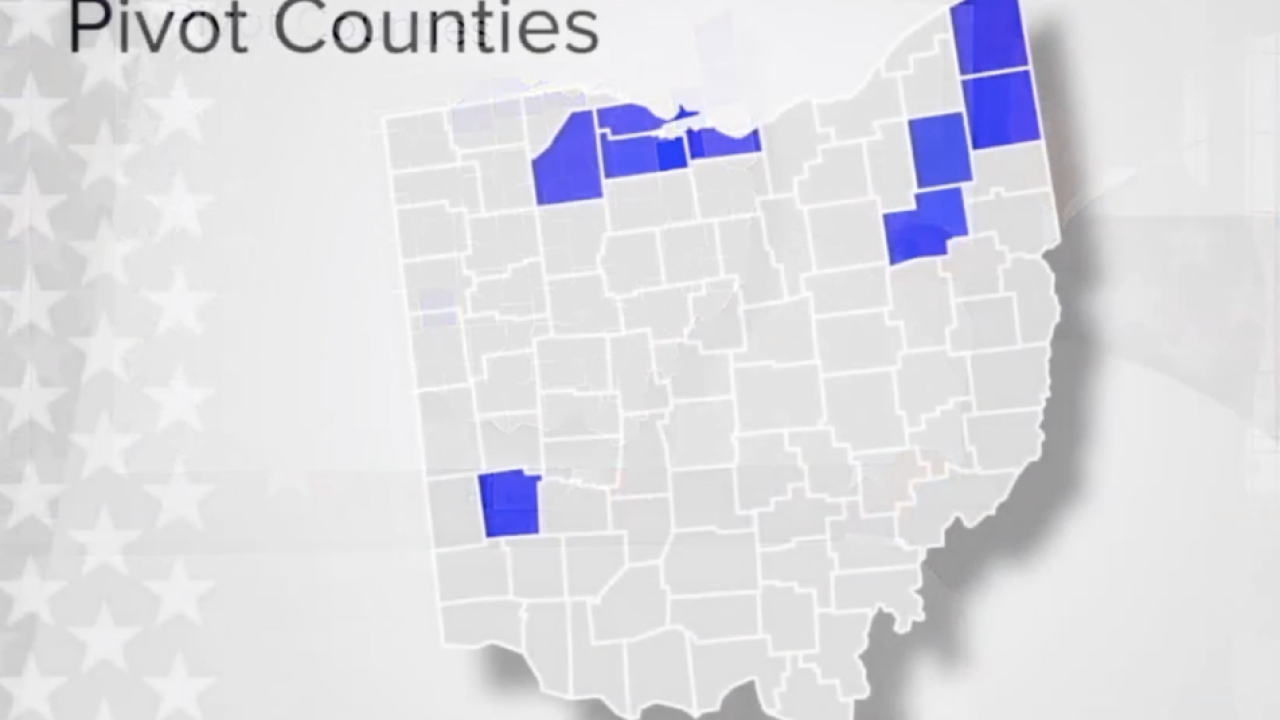 CANTON, Ohio — Local Democratic and Republican party leaders in Northeast Ohio's pivot counties are both confident their presidential candidate will win their counties in the Nov. 3 election.

Party leaders in Stark, Portage, and Ashtabula counties told News 5 their counties are especially volatile due to a large number of independent voters.

Former President Barack Obama carried all three counties in the 2008 and 2012 presidential elections, with President Donald Trump winning all three in 2016 by at least a 17% margin.

There are six other pivot counties including Trumbull and Erie counties that had the same Presidential election swings.

Democratic party leaders in Stark, Portage, and Ashtabula counties believe the latest polls and record voter turnout indicate the race for their counties will be much closer in 2020.

Eli Kalil, Chairman of the Ashtabula County Democratic Party, told News 5 his county could be decided by one or 2%.

“It's because we have a lot of folks who haven’t declared a party,” Kalil said.

“I think a lot of the folks in the northern part of the county will turnout and those are traditionally our voters. I think a lot of independents are going to support Joe Biden.”

“In 2016 Donald Trump won the county by about 19 points, we’re anticipating to close that gap significantly."

“As of yesterday, we have 90,000 people who have already voted in Stark County," Ferruccio said.

Brad Cromes, Vice Chairman of the Portage County Democratic Party, also told News 5 he believes it will be a close race for his county.

“Portage County is a microcosm of the rest of the State of Ohio," Cromes said.

“Every poll that we’ve seen from the State of Ohio has the race deadlocked here.”

But Republican party leaders in the three counties believe President Trump will win their counties on Nov. 3.

Amanda Suffecool, Chairwoman for the Portage County Republican Party, believes independent voters will help the President, not hurt his chances for a repeat victory.

“We’ve got 80% that are independent and so those independents are really looking for candidates and a message, which puts the parties in a spot where you can’t roll-out rhetoric, you need to roll-out facts and information,” Suffecool said.

“You have to get them to see a candidate that impacts them and their families and their way of life.”