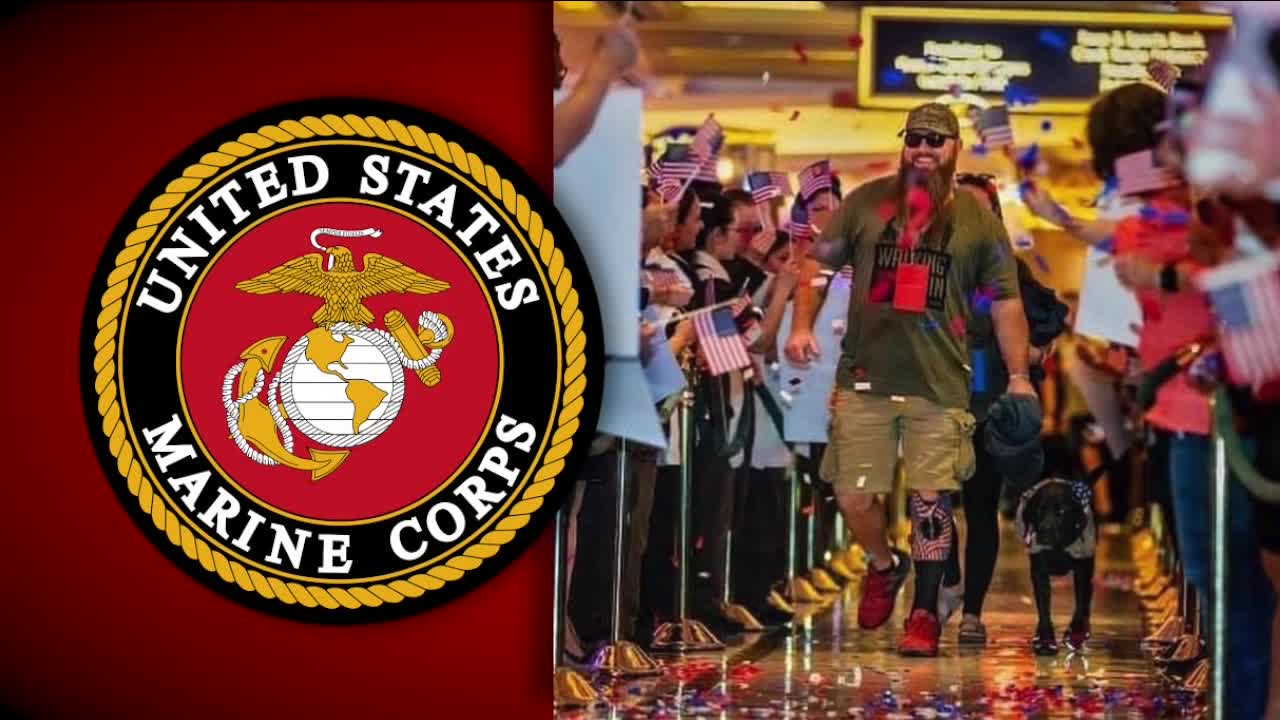 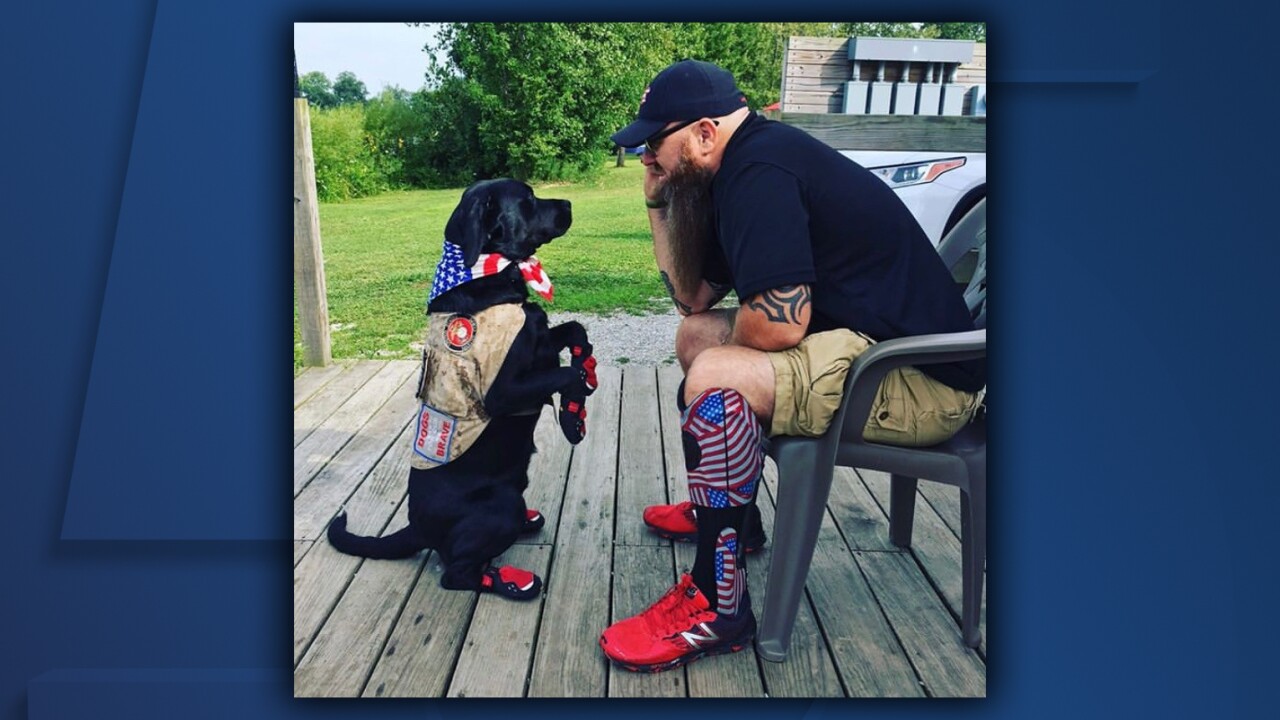 CLEVELAND — A disabled veteran has settled a lawsuit against a local health services provider after staff at an East Cleveland clinic allegedly refused to perform an examination because of the veteran's service dog. While the health services provider, Northeast Ohio Neighborhood Health Services (NEON) continues to deny any wrongdoing, company officials said in a joint statement that the company has enhanced its intake policies to improve the services it provides.

On March 24, Christopher Miller, a United States Marine who was granted a military medical retirement in 1999, went to NEON's East Cleveland clinic for an evaluation required by the VA as part of the Specially Adapted Housing grant program. The SAH provides funding to help disabled veterans to purchase or remodel homes to meet their needs and live more independently.

Miller enlisted in the USMC in the early 1990s but was severely injured following two separate incidents in 1994. In March of that year, Miller was stabbed in the back during a riot in Haiti. Several months later, Miller and two other Marines suffered traumatic injuries after they fell off a cliff during a training exercise. Miller has no use of his left leg below the knee; severe nerve damage; PTSD; a completely fused back and synthetic vertebrae as well as chronic pain. The VA considers Miller to be permanently disabled.

Two years ago, the VA provided Miller with his own service dog, Zulu, after the black Labrador retriever underwent 30,000 hours of intensive training. Zulu helps Miller with every day tasks and has been instrumental in him leading an independent life, he said.

"She is basically my helper for stability, mobility, PTSD and retrieving. She is a brace up dog, a counter balance dog. Basically, she has given me the freedom and the chance to get out and leave my house and not be worried about the burdens of things that happen," Miller said. "Trying to do it myself with all of my issues and problems, I became one of those veterans that never left and almost ruined my marriage. She has helped me get back to letting me do those things and challenges every day that aren't challenges anymore. It sounds crazy but I've got a fellow Marine by my side 24/7."

According to the federal lawsuit Miller and his attorney, Peter Mapley, filed in late July, Miller was allegedly denied the examination at NEON because of the nurse practitioner's fear of dogs.

According to the lawsuit, Miller said he made numerous overtures to help appease the staff at NEON's clinic in East Cleveland. Miller stated that he offered to put his service dog down the hallway and away from the exam room. Miller said despite the clinic being devoid of any other patients, the staff wouldn't budge.

In addition to exclaiming that she was afraid of dogs, the nurse practitioner said that she was asthmatic and allergic to dogs, Miller claimed. After the apparent impasse, Miller said he told the staff at NEON's clinic that he needed a note to provide his doctor that stated the clinic refused to perform the examination because of the service dog, Zulu. Eventually, Miller said that he did, in fact, receive the letter.

"What happened there, how I was treated was beyond disrespectful," Miller said. "It's hard to make it day by day tasks alone, all the stuff I have to deal with, basically telling me to get out because of this and there was nothing I could do."

Miller's attorney said it was a clear cut violation of local, state and federal law.

"The ADA (Americans with Disabilities Act) is clear that folks like Chris that make use of service animals are to be afforded the same rights as the rest of us and, in this case, that means that Zulu has the right to accompany Chris to his assessment," Mapley said. "Fear of dogs is unquestionably not an acceptable reason to refuse service to somebody with a service animal. Similarly, under the Americans with Disabilities Act, allergies are not an acceptable reason to refuse service."

After multiple mediation sessions, both Miller and NEON's representatives reached an agreement outside of court and the lawsuit was dropped. The terms, conditions and results of the agreement are not known. Neither Mapley nor NEON would comment on the agreement itself.

In an interview before both parties reached an agreement, Mapley said he was flabbergasted by the fact that staff at NEON, a contractor for the Veterans Administration, would allegedly run afoul of the ADA so brazenly.

"What's most unfortunate here is that this is a provider that the Veterans Administration referred Chris to. Of all people this organization should have known what their obligations were," Mapley said. "This is their business. They are assessing veterans, specifically assessing disabled veterans."

In a joint statement that was released following the out of court settlement, both parties, "regret the unfortunate series of events that gave rise to the above-referenced lawsuit... this matter has been resolved to the mutual satisfaction of the parties."

Additionally, the joint statement states that NEON remains committed to assisting disabled individuals and helping to foster an accommodating environment for everyone.

"To that end, based on the unique circumstances that gave rise to this incident, NEON is supplementing its existing intake policies as part of its efforts to continuously improve the services it provides to America’s veterans. NEON continues to deny any wrongdoing in connection with this matter," the statement said.

Prior to the out of court agreement, Miller said the lawsuit's intent had nothing to do with money or any sort of settlement. Instead, Miller said his main goal was to advocate for disabled veterans like him.

"I don't want it to ever happen again. What they did was wrong to me," Miller said. "It was just wrong."