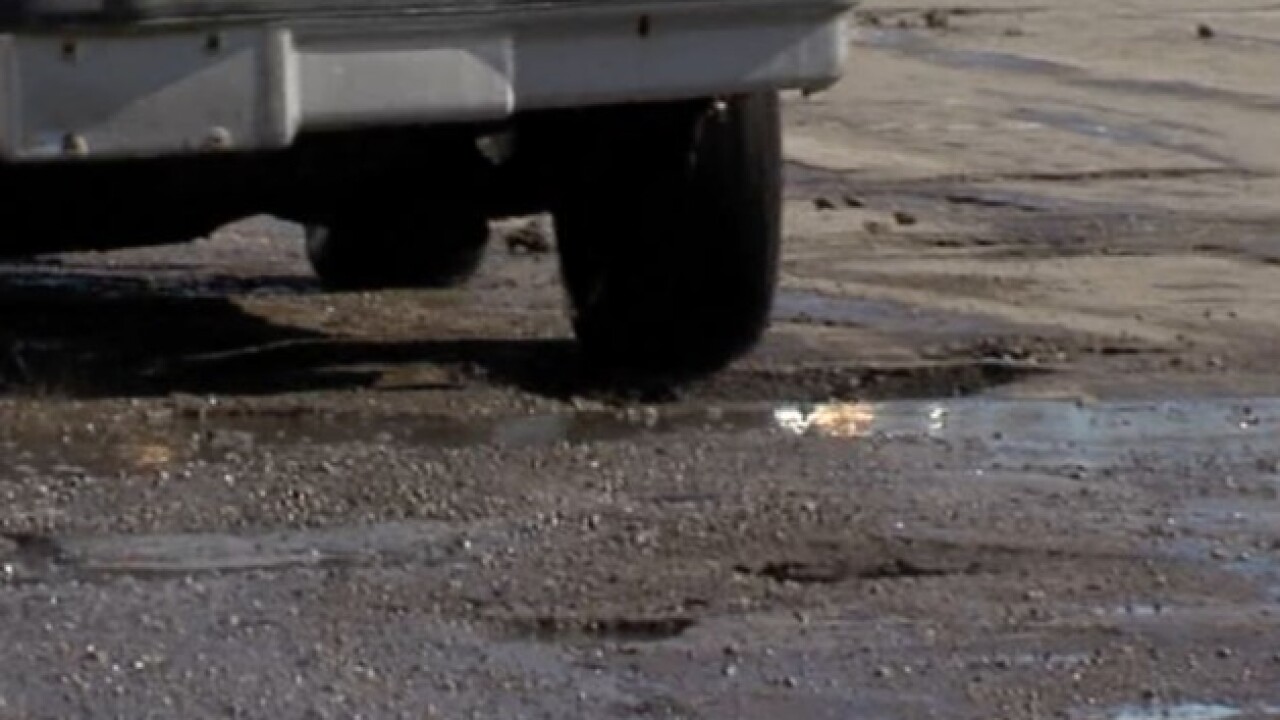 The cold is here and that means potholes are already doing battle with your cars. But when you slam into one of those rim rattlers, can you really get money back for the damages?

For months, 5 On Your Side Investigators examined the pothole claims process for the city of Cleveland. We found an inconsistent and confusing system.

This comes on the heels of our ongoing investigation "Broken Roads, Broken System" that found the city is spending millions to resurface your roads in a flawed strategy.

When they don't get it right and you hit a pothole, our investigation found good luck getting paid.

"It reverberated. The whole bridge shook. It was a huge hole,” said Jason Meanor. The former Uber driver hit a pothole on the Detroit-Superior Bridge. He asked the city of Cleveland for nearly $2,300 for the repairs.

The city said no.

"It was rough. It was my means of income at the time,” said Meanor. “I was driving for Uber to make extra money."

In the denial form-letter, city reps said they "had no knowledge" of the pothole before Meanor hit it.

That's the way it goes. In order to pay for damages from a pothole, the city says it has to know about the pothole prior to you hitting it. So, that means you have to pray that your neighbor has suffered first.

Your neighbors have been reporting the rim rattlers. 5 On Your Side Investigators dug through hundreds of claims filed during a year-and-a-half timeframe and some beyond that.

In the sea of reports, we found the City of Cleveland did not pay on percent of the claims. A few of the potholes were not within city limits. The overwhelming majority, though, the city claimed no knowledge.

However, we found maybe they did know about Meanor's.

"I don't see how something like that could happen overnight," said Meanor talking about the huge hole he hit.

In fact, our research shows the Detroit-Superior Bridge, where Meanor hit that pothole, is a problem spot. We found 28 pothole claims for that bridge and four of those claims came before Meanor's. Not one was paid.

We uncovered other examples of people, just like Meanor, doing everything they could to inform the city and you about potholes. Claims included pictures that show large, cavernous holes, actual measurements, some with rebar and bricks exposed.

Rocky River Drive near Lorain Avenue had five people filing claims in the same area. At Ridge Road and I-480, there were two filings about the same area. Other claims from Fulton Road where two people reported the same address within two days of each other and two more people on a different section of Fulton but they reported on the same area. All of them were denied.

There were no payouts because the city claims it didn't know. But how could they not have known?

Well, that remains a mystery. The city's law department that makes decisions on payouts is sealed up.

Won't go on camera. We had to track down Mayor Frank Jackson.

“Is it surprising, though, that 80 percent of the pothole claims the city is saying we didn't know about them?” we asked Mayor Jackson who just got out of a political event.

“I don't know if it's surprising. I know that we don't know every pothole that exists,” said the mayor. “We know there are quite a few out there.”

We told him those potholes are deep and causing damage.

“We got to go,” said one of the mayor’s assistants.

Geraldine Nyegran was on the go until she hit a massive hole on West 122nd Street last year.

"It was horrifying,” said Nyegran. “It’s a miracle I didn't fall in… I almost felt like I hit one of those recyclable garbage cans and it was full of cement."

She wanted money for being "banged up," fixing her car and losing wages. The city denied her claim.

"And I was like you don't have enough proof? I gave you a picture of this hole that is as wide as my car and is almost as tall as I am,” said Nyegran.

But even if she did get paid, we found people don't always get what they ask for.

Take Mario Edwards for example. He's one of the "lucky" ones. He got 500 bucks. But he told us the pothole damage completely wrecked his car. And that it was worth more than $500.

"It's really crazy…just shocking the way they do people,” said Edwards.

And what they do, is all over the place. We saw these payments given by the city:

One of the problems with the reporting process was that there were so many ways to file claims — dialing 311, the Mayor's Action Line, the city's website and complaints to council members. There was no centralized location funneling the complaints into one box. Well, the city said that's about to change.

"Cityworks has probably been in as a work management system for 3-4 years at (the Department of) Utilities," said Cleveland's Chief Operating Officer Darnell Brown. He told us for the first time ever, this season, the city is using tracking software called Cityworks to help with pothole registering.

"One of the advantages of the Cityworks application is it is accessible in the call center. It is available at the Division of Streets. The mayor's Action Center will have access to Cityworks,” said Chief Brown. “So, it will all be going in a central repository of information."

Cleveland has been dealing with potholes for decades. Prior to this season, Chief Brown said that pothole info would go into different databases. Now, with this new management system?

"Generally you get a significant increase in production, performance and efficiency anywhere from 15 percent to 25 percent," said Chief Brown.

The system should help the city be more informed about existing potholes. It’s something that might have benefited Meanor and Nyegran.

"What proof do I have that the city…that no one did report that pothole?” asked Meanor. “I don't know for sure. It's their word against yours."

"To this day I really don't have much respect or believe in the city,” said Nygran.

Potholes claims are processed through the legal claims process, not moral claims. A person who believes that the City is responsible for damages from a pothole can submit a claim to the City by an application that is available on the City’s website on the Law Department’s page.  Under state law (Ohio Revised Code Chapter 2744), the City is responsible for damage from a pothole if it had notice of the pothole and it failed to remedy the pothole within a reasonable time after it received notice.  A claimant must provide proof of damages, such as estimates or repair bills.  Under state law, any reimbursement from insurance will be deducted from the cost of repair and the City pays the remainder, which usually is the amount of any insurance deductible.