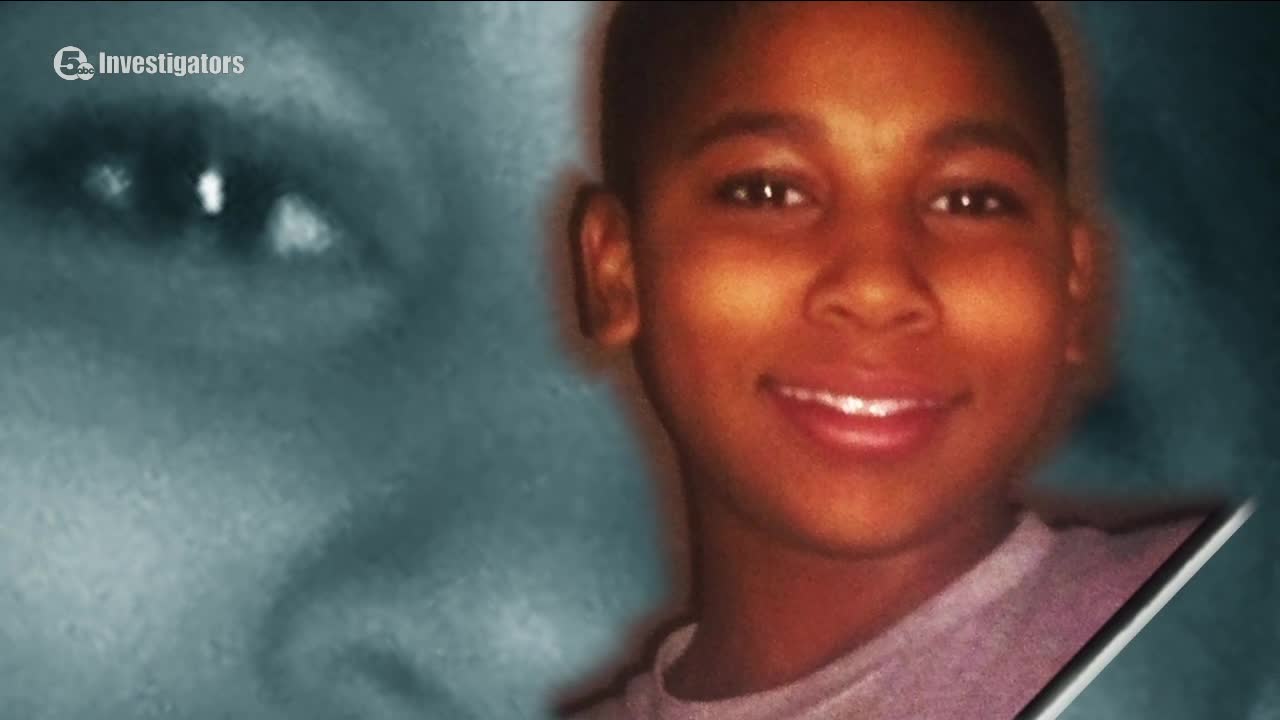 CLEVELAND — With the statute of limitations expiring in early December for a federal crime that prosecutors had been considering, Tamir Rice's mother said she will keep fighting for the two Cleveland police officers involved in her son's 2014 shooting death to be held accountable until the clock runs out.

"They should be indicted and convicted," said Samaria Rice. "Both of them."

Tamir Rice was shot and killed by Cleveland police officer Timothy Loehmann after he and his partner, Officer Frank Garmback, responded to a call at Cudell Recreation Center on Nov. 22, 2014.

David Seide, who represents a whistleblower concerned about how the Rice case was handled, contacted the paper. Seide, senior counsel at the Government Accountability Project, filed a complaint with the USDOJ inspector general’s office in August. Instead of opening an investigation, Seide told News 5 he was told the complaint should be sent to the department’s Office of Professional Responsibility.

Samaria Rice's reaction
No one told the Rice family. She said she learned about the DOJ's decision after a New York Times reporter contacted her attorney, Subodh Chandra.

When he called her, she said, “I told him I was not ready to hear this."

"If your own administration says (there is) probable cause to go forward and convene a grand jury, why aren’t you all doing that?. Your own attorneys are saying that.... everybody seen my son was assassinated. He was assassinated. Let’s be real. Timothy Loehmann assassinated my son."

Former Cuyahoga County prosecutor Tim McGinty had convened the grand jury to determine if the two officers should face criminal charges for Rice’s death, but, in a highly unusual move, the two officers were permitted to read written statements.

In his statement, Loehmann said he warned Rice at least four times to “show his hands,” even though surveillance video shows Loehmann fired his gun within three seconds of the police cruiser, driven by Garmback, pulling up near Rice.

When we asked if O'Malley would review the case in light of the DOJ whistleblowers's allegations, O'Malley's spokesperson did not respond to the question.

Instead, Tyler Sinclair sent us a 2017 newspaper article that stated O'Malley would not review the case "unless new evidence comes to light."

The Ohio statute of limitations for certain criminal charges to be filed against the officers expires in one year.

November 22, 2014
The 12-year-old Black boy was killed on November 22, 2014 at Cudell Recreation Center in the city's West Side while carrying a pellet gun after two Cleveland police officer responded to a call about a man with a gun.

The 911 caller told the dispatcher the person may be a child and the gun may be a toy, but that information was never communicated to Garmback, who drove the police cruiser, or Loehmann.

Rice said she initially didn't believe when a boy who came to her door to tell her what happened.

“It felt like I was in a dream and I have not woken up yet,” she said.

Loehmann was eventually fired from the CDP, but not for the Rice shooting. He was fired for lying on a job application because he failed to reveal he resigned from the Independence Police Department.

Garmback was suspended. A City of Cleveland spokesperson confirmed he still works as a patrol officer.

Rice's death quickly became part of the national conversation about police and race.

"It means a lot that people will continue to remember him and what happened to him," Rice said.

She said the attention can also be overwhelming.

"It’s a lot for me to deal with on a daily basis," she said. "I just woke up this morning and seen his face on my Google."

"I have to live my life like this and just brace myself," she said.

Rice said the youngest of her four children was still playing with Hot Wheels and watching cartoons when he was killed. She described him as a "momma's boy" and said he loved to spend time with her.