CDC: Black women experience highest rates of homicide of any racial group in the United States 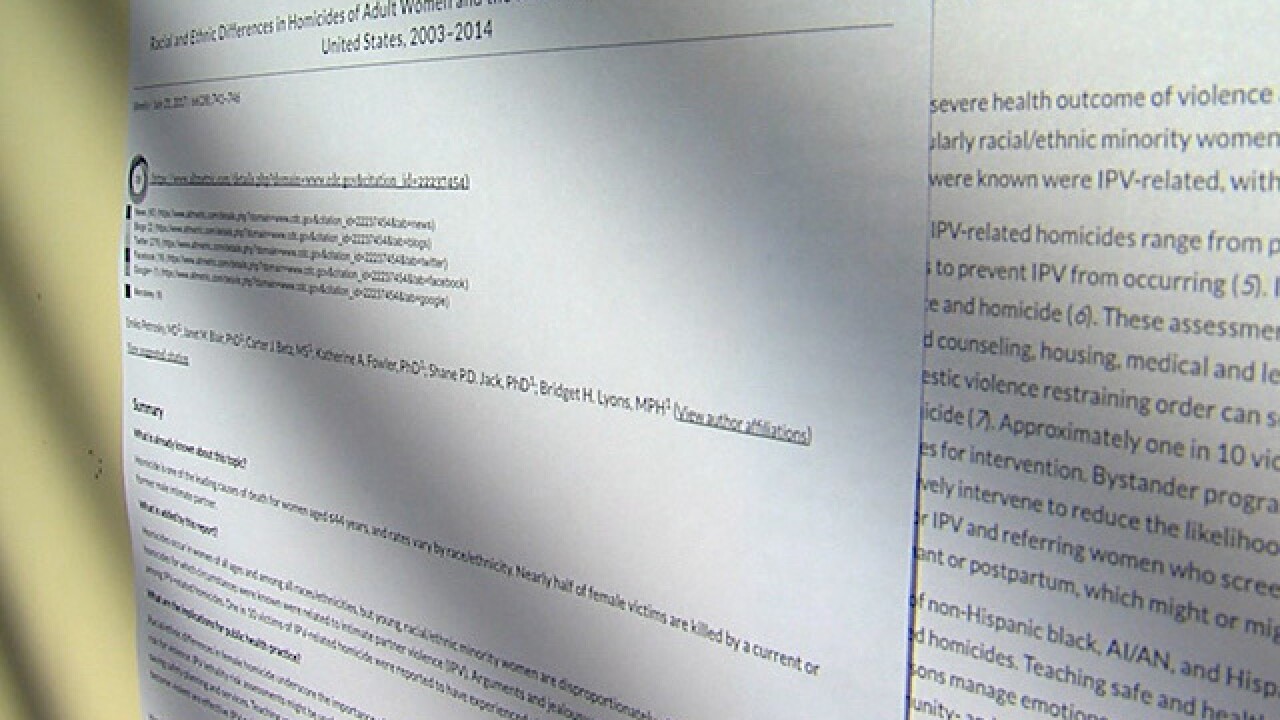 Sonya Garth’s ex-husband showed up at her Cleveland home.

“But it backfired,” she said.

Rufus Gray, 62, pulled out a gun and started shooting at her.

Garth’s daughter, Davia, 12, jumped in front of her mother.

One bullet hit the little girl. It struck her dead.

Davia Garth’s death is one example of what the Centers for Disease Control and Prevention discovered when the agency reviewed racial and ethnic difference in homicides of adult women.

While homicide is a leading cause of death for all women under 44, the CDC found non-Hispanic black women are “disproportionately affected” when compared to other racial groups in the United States.

In fact, the homicide rate for black women and Native American women was twice that of Asian, Hispanic, and white women.

The CDC analyzed 18 years of data from 18 states, including Ohio, compiled by the National Violent Death Reporting System between 2003 and 2014.

When researchers reviewed the statistics for black women, the homicide rate increased to 4.4 per 100,000 women.

The homicide rates for Asian, Hispanic and white women were significantly lower at 1.2, 1.8, and 1.5, according to the CDC.

The CDC found domestic violence played a key role in the majority of female homicides.

OUR ONGOING INVESTIGATION INTO DOMESTIC VIOLENCE

'Til death: How Ohio fails to protect women trying to escape abusive relationships

Their report found at least 55.3 percent of female homicides were related to intimate partner violence, which means the victim was killed by their current or former partner or caught in the crossfire of an intimate partner homicide.

The report proposed targeted IPV prevention programs for high-risk women and enhanced access to services for all persons to reduce female homicide rates.

However, that’s easier said than done.

“Because systems have never worked in our favor,” she said.

As a result, Grant said African-American women are less likely to contact domestic violence service providers or call police when they’re abused, thus increasing their risk of being killed.

“There's a saying we have in our community,” she said. “What goes on in this house, stays in this house. And that means we do not air our dirty laundry into other communities.”

Grant has found a solution to help reduce homicide rates among black women.

She created the Ujima program, named for the third principle of Kwanzaa.  It works with service providers in the African-American community, including several churches, to help victims’ access resources to escape their abusers.

Garth wishes she knew about services for domestic violence victims during the years Gray abused her.