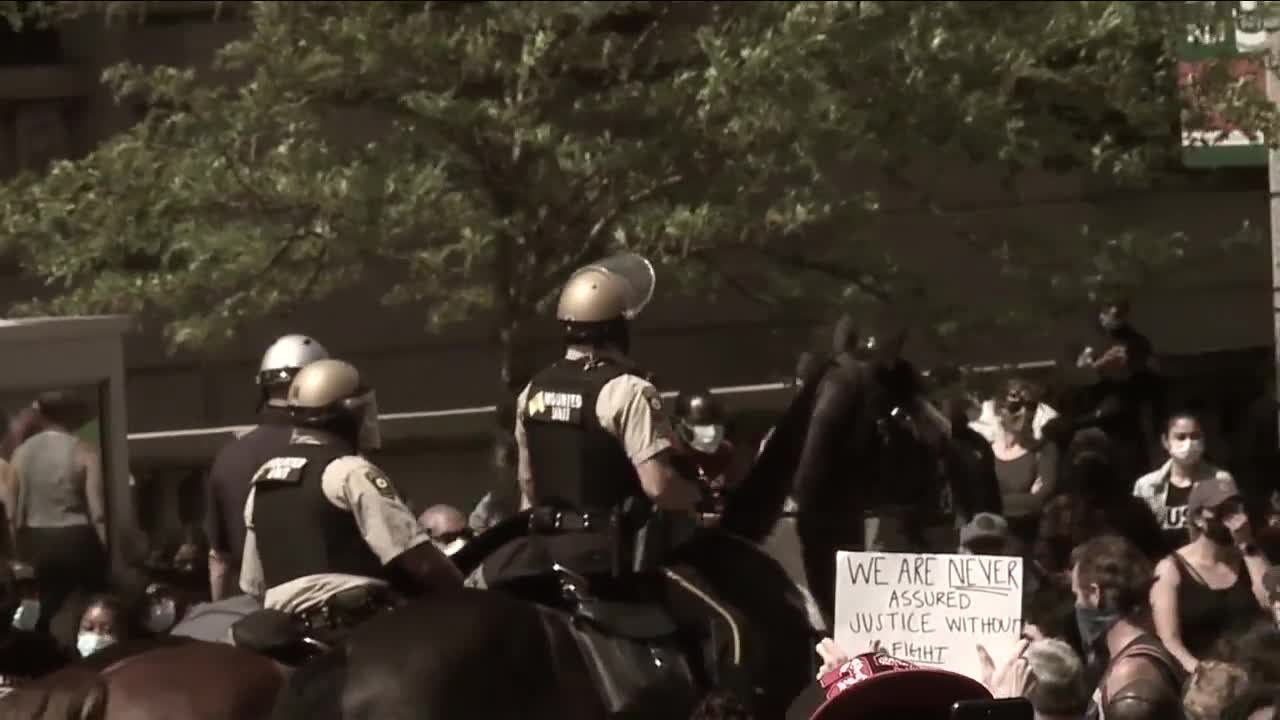 For years, Ian Friedman has represented defendants in Northeast Ohio courtrooms. After watching George Floyd's death at the hands of police, he said its time for the legal community to do more than stand in support of protesters.

CLEVELAND — After protests over racial inequities in policing erupted in violence in Cleveland last weekend, there is a new effort by Northeast Ohio attorneys to hold officers accountable and create equal access to justice.

Ian Friedman, President of Cleveland Metropolitan Bar Association, said the nonprofit has long committed to supporting the black community and protests, but now is the time to take committed action.

"I really choose not to let that define this moment," he said. For hours, Friedman said the Black Lives Matter Cleveland protest was peaceful with more widespread diversity, including more white people, than ever before.

"If we stop, if we allow ourselves to take one step back, we’re just repeating history," he said.

"We’ve made clear there are no longer any sidelines," he said. "There is no longer any middle ground. Either you’re an ally or you’re part of the problem."

He said the bar association has already formed a task force to address how to increase police accountability and ensure equal access to justice.

He said the CMBA will work to educate white people about how they can help address racial disparities, work to improve community-police relations, and look at how to reform the legal protections that can allow police to commit crimes.

Friedman also said reforms to police union contracts, which often make it impossible to hold officers accountable, will be a top priority.

"No one should want any type of agreement or shield for a bad actor. No one," he said.

In 2019, 5 On Your Side Investigators gathered data from 52 police departments in the largest towns and cities in Northeast Ohio.

We found it is incredibly rare for an officer to be fired. We also found those that are terminated often get their jobs back.

During the 15 years of data reviewed by News 5, 20 police departments hadn’t fired a single officer. Between 2004 and 2019, the remaining 32 departments fired a total of 93 officers.

Roughly half of the 93 fired officers did not appeal their terminations because they were facing serious criminal charges or were fired during their probationary periods and were not eligible for appeal.

READ MORE: 5 On Your Side Investigaton: Fired & Rehired

However, out of the fired officers that did appeal -- two-thirds won their appeals and were reinstated.

"We know that they (the officers) were dead wrong and still nothing happens? People lose faith in process. They lose faith in they system," said Kareem Hinton, co-founder, Black Lives Matter Cleveland.

Hinton said he is heartened by the CMBA's commitment to address racial disparities in the justice system.

CMBA is already taking a "first step" towards change that will take place Tuesday.

Attorneys with the CMBA will video conference with the attorney for the Cleveland Police Patrolmen's Association to learn more about the union's contract.

Friedman also said he plans to work with other organizations across the country to create a national model for reforms and said Cleveland can potentially set an example for how they should be done.

"The goal here is build as much momentum as it necessary so that either you get on this bus or you get run over by it," said Friedman.