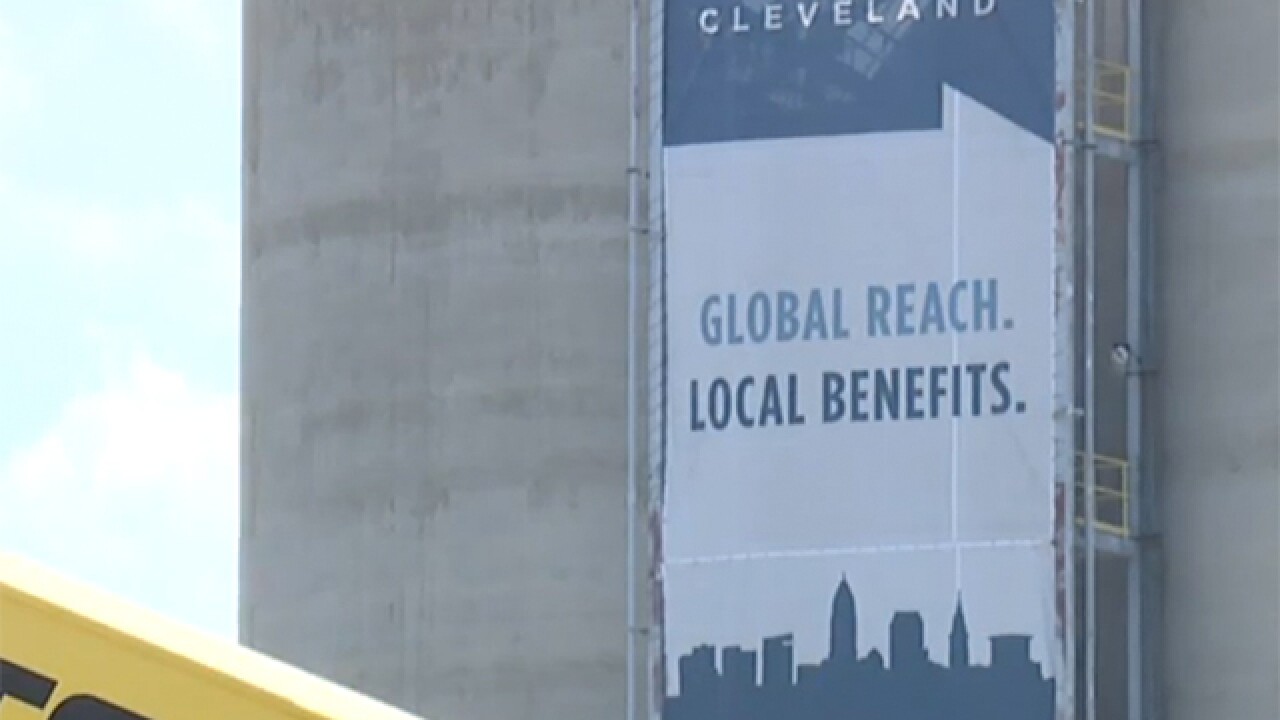 An exclusive 5 On Your Side investigation reveals how a multi-million dollar real estate deal financed with the help of the Cleveland-Cuyahoga County Port Authority is posing serious health and safety risks.

The Port issued $5.9 million in bonds to help finance the sale Forest Hills Park Apartments in East Cleveland in September of 2015.

While no taxpayer dollars were used to finance the deal, taxpayers did provide more than $800,000 in rent subsidies for tenants.

Now, two years later, the bonds have been downgraded, placed on negative credit watch and are in danger of default.

And according to Melran Leach, who oversees East Cleveland housing, “the building is in terrible condition."

But our investigation found that even while the deal was being inked — the 174-unit high-rise was riddled with serious health and safety code violations — including an unsafe structure notice.

Even more troubling, living conditions remain dismal despite optimism that the building would be improved and repaired – including more than $800,000 dollars in rent subsidies paid for by taxpayers.

The Port Authority operates with the help of a levy that raises $3.1 million dollars from Cuyahoga County taxpayers and funds the maintenance of docks and maritime activity—about one-third of the Port’s annual budget.

But the Port also issues bonds used to help finance significant projects like the Rock Hall, The Flats, and the Cleveland Clinic—supporting more than 20,000 jobs and more than $3.5 billion in total economic activity.

So how did the Port—whose “sole mission is to spur job creation and economic vitality”—become involved in a low-income housing project in East Cleveland?

"Quite candidly, our board and management liked the idea of infusing some dollars into a community that needs it,” said Friedman.

Next, a Virginia based non-profit, that also specialized in low-income housing, agreed to buy the property. Less than a year later, it bailed out in a disagreement over how the property was being managed.

Finally, an appraisal—performed by a Missouri based appraisal company—found the apartment complex was in “good to fair” condition with “no immediate repairs”.

Even so, neither investors who bought the bonds, or the Port that issued them, were aware of serious housing and fire code violations—including an unsafe structure notice. And despite housing violations at the time, the deal was perfectly legal.

Friedman said the Port had confidence that the new owner and those behind the deal had done a thorough job vetting the project.

“They have a fairly good track record,” said Friedman, “There’s no indication that they weren’t going to come in and do a good job.”

Both the owner and the management company hired to run the property insist they are trying to improve conditions and point to at least $96,000 in expenses since acquiring the property.

In addition, according to property tax records with the Cuyahoga County Fiscal Office, $196,671.83 remains in unpaid taxes while a payment plan is now in place.

And while neither taxpayers nor the Port will be left holding the bag, investors will be affected.

But even as residents continue to struggle, the $5.9 million dollar deal earned an army of lawyers, accountants, the Port and others nearly a half million dollars in fees.