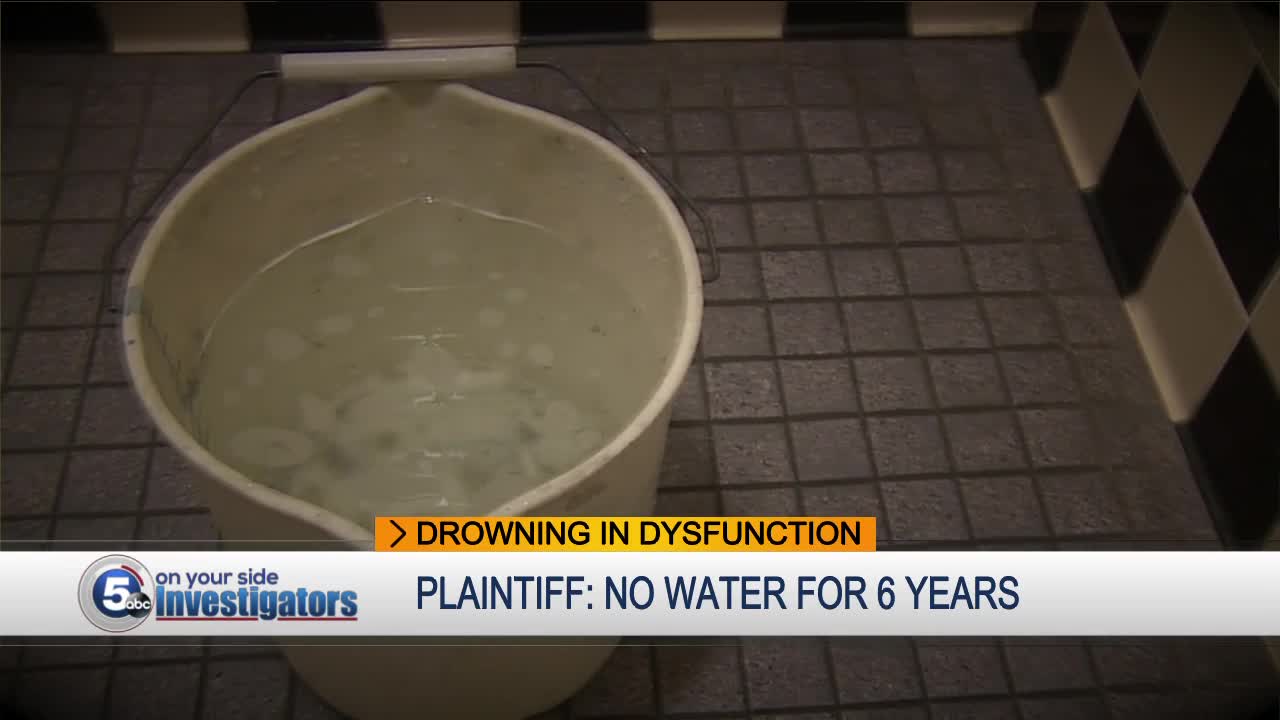 One plaintiff in the NAACP Legal Defense Fund’s case against the Cleveland Division of Water, has been battling with the water department for six years and his story is a first-of-its-kind in our "Drowning in Dysfunction" series. 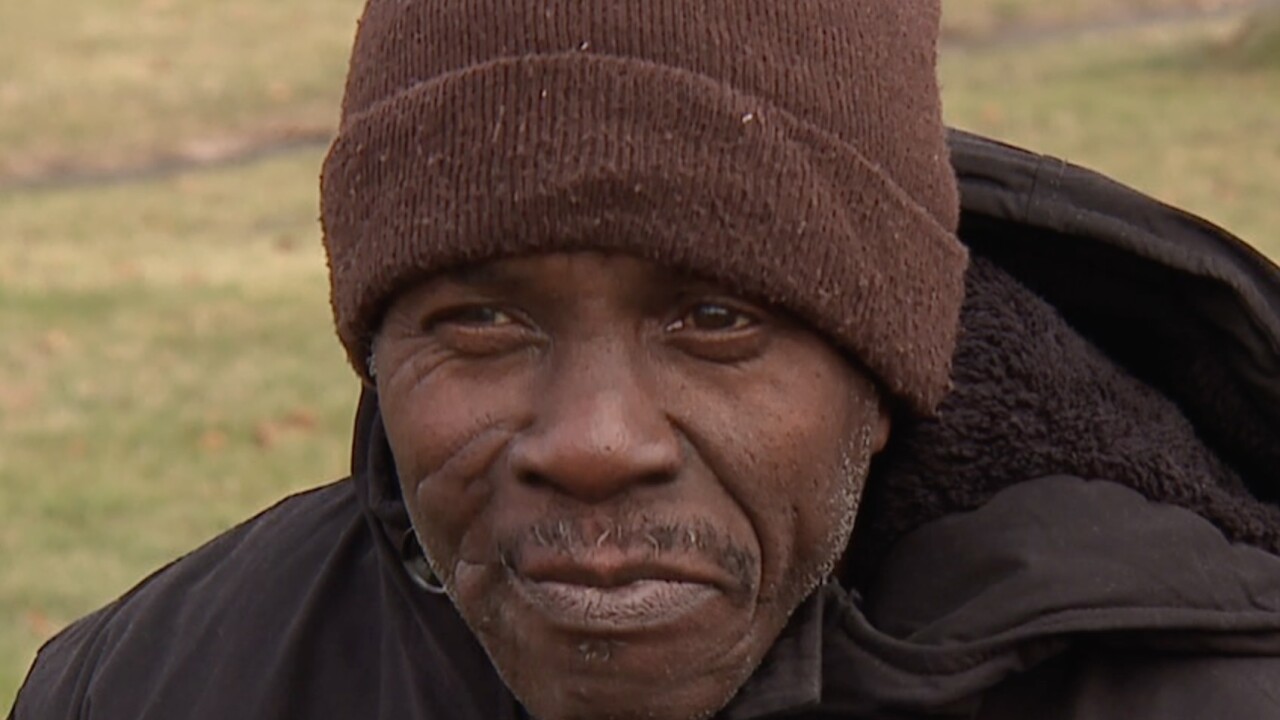 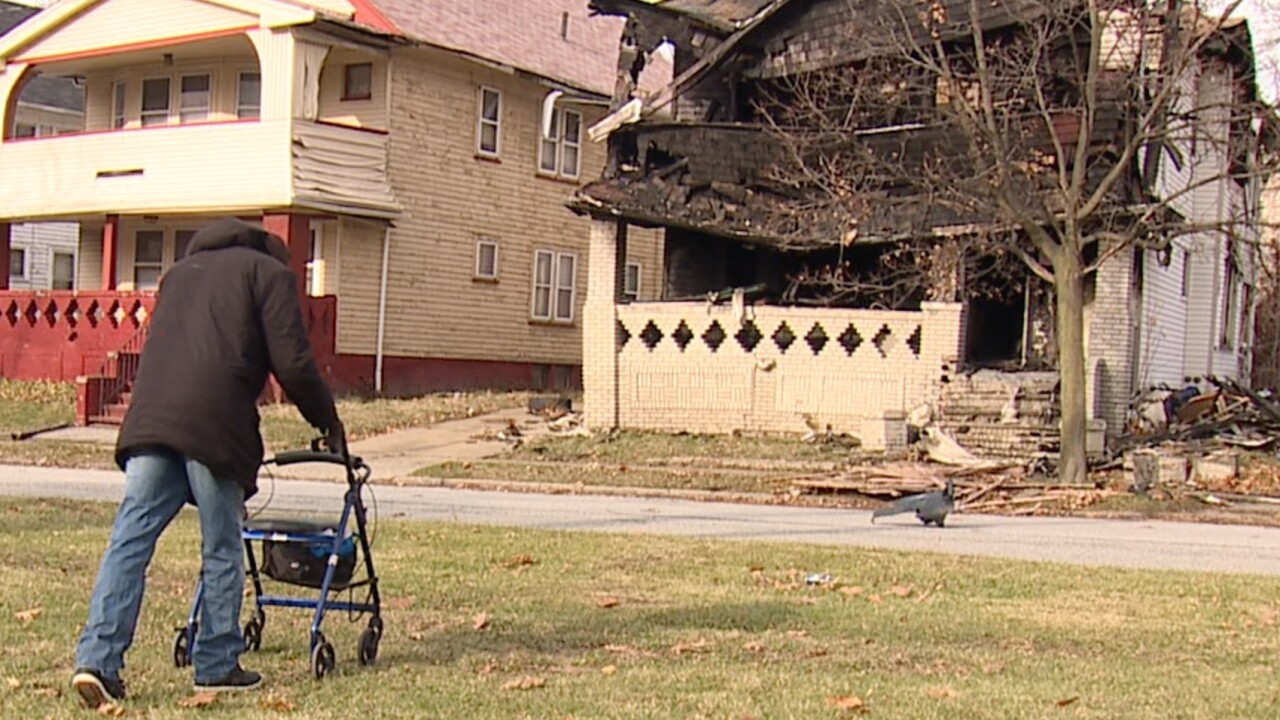 CLEVELAND — One plaintiff in the NAACP Legal Defense Fund’s case against the Cleveland Division of Water, has been battling with the water department for six years and his story is a first-of-its-kind in our "Drowning in Dysfunction" series. You might as well drop Albert Pickett into a third-world country because that's how he was living. He blames Cleveland water.

"You never know this feeling until it happens to you,” said Pickett while we sat at a picnic table across the street from his home. No one wants to feel like Pickett.

"And to look at it right here,” he said looking at his childhood home destroyed by a fire. “It's devastating,” said Pickett.

To know Pickett's story, you have to go back to 2010. His mom passed away leaving him the home in East Cleveland and left him unpaid water bills. The total? About $3,000. In 2013, Cleveland Water cut off Pickett’s water supply.

"How much can I pay and have my water turned back on?” asked Pickett to the water department at that time. “’Well, you have to pay the whole thing,” he told us quoting the water reps.

He couldn't do that. He tried to set up a payment plan. He said he was denied. “They had no concern about my life and my welfare or anything."

There was no water in Pickett's home for 6 years. "I would have to go to neighbors to borrow water,” he told us.

“I'm glad I was there to help him,” said Barbara Surratt. She shared her water with Pickett. "It was heartbreaking,” she told us with tears welling up in her eyes. “It was to the point where I had to cry sometimes without letting him know. that I was crying."

In the meantime, Pickett said his sister took out a personal loan and paid thousands of dollars on the past bills and property taxes. However, Cleveland Water said Pickett still owed $2,700 in water debt even though the water had been shut off since 2013.

"They know what they're doing,” said Pickett about the department. “And they have no sympathy for the lower-class people."

He said that's one reason he's joined the lawsuit filed by the Defense Fund, the way Cleveland Water has treated his community. "They attack the Blacks in these neighborhoods."

Pickett told us he didn't want to be in this situation, being a part of a lawsuit but he said he had no other choice. “Every time I try to have a door open, it slams right back into my face," said Pickett.

The NAACP Legal Defense Fund has opened a new door offering to help Pickett and others. "I feel very, very hopeful,” said Pickett.

That's a very different feeling than what happened October 21st of this year. When Pickett came home that day, he told us his door was wide open and two people ran out.

When he walked inside, he couldn’t believe it. “It was flames on my couch and on the carpet," said Pickett. It wasn't out of control at that time. "If I would have had water, in the home, I could have doused the fire because it was still just in the living room,” said Pickett.

However, by the time he walked to a neighbor's house, called for help, and the fire department came, those flames had spread. "It hurts so bad...the impact...- it's a trauma," said Pickett.

"Being African-American, they should know the downfalls...but all you keeping your foot down on people like me... I feel like it's a disgrace to humanity,” Pickett told us.

“I'm Mayor Jackson,” we said to Pickett. “Sitting with you here right now, what do you say to me?” we posed.