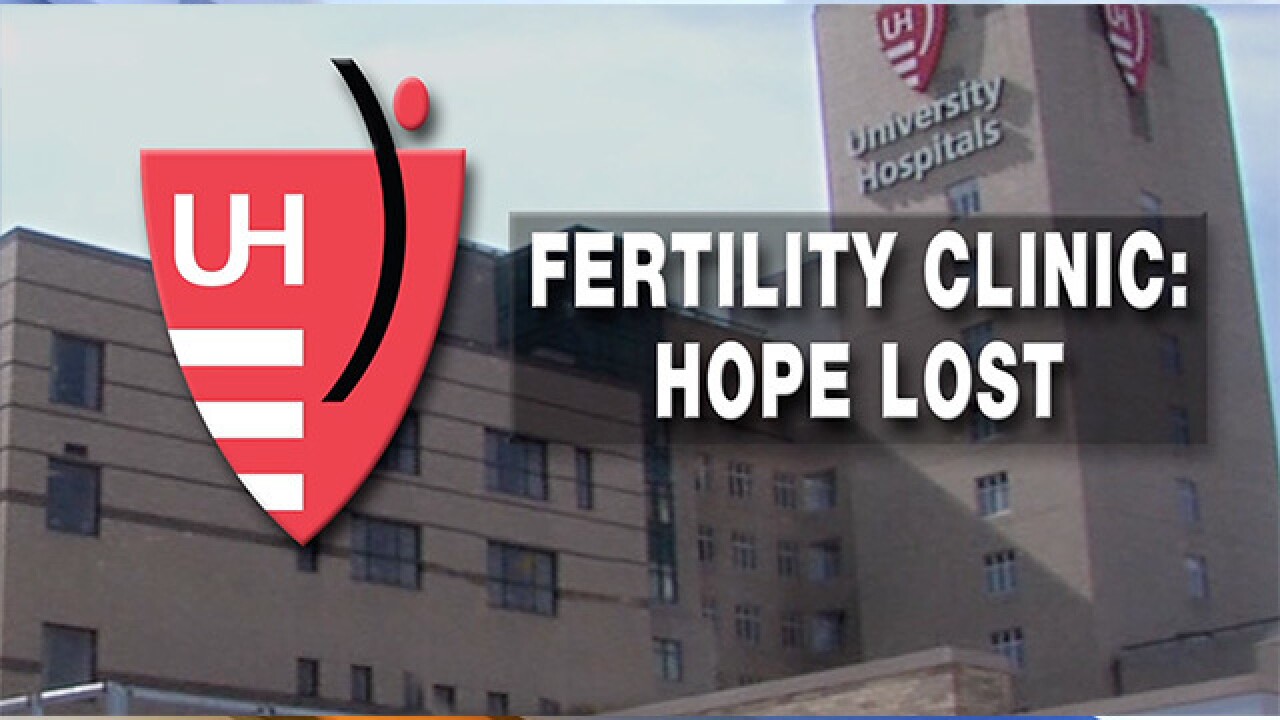 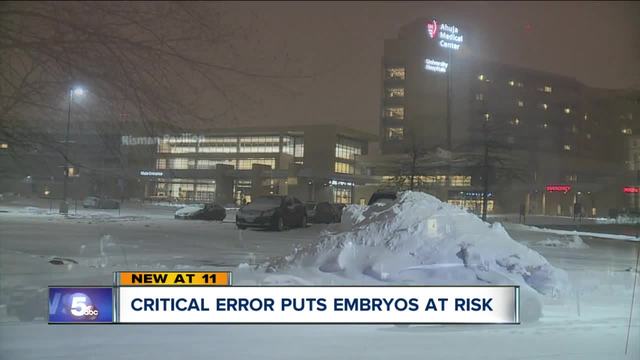 A new lawsuit filed in the Cuyahoga County Court of Common Pleas yesterday alleges nine embryos were "damaged" two years ago today as a result of an "incubator malfunction" at the University Hospitals Fertility Center.

This comes after a refrigerator malfunction and temperature fluctuation at the fertility center left the viability of 2,000 eggs in question nearly two weeks ago.

The lawsuit, filed by attorney Eric Kennedy of Weisman, Kennedy & Berris on behalf of the plaintiffs, also alleges that in a separate procedure, the plaintiffs' eight remaining embryos were potentially affected in the recent temperature fluctuation that happened in early March of 2018.

The complaint states that in March of 2016, the plaintiffs were scheduled to have an embryo transfer at the center, and that 12 embryos were in the fertility center's incubator.

On March 16, 2016, the complaint alleges the plaintiffs' physician told them "there was an 'incubator malfunction' and that of the twelve embryos, nine were lost for sure, and he was unsure about the viability of the other three."

On March 27, 2016, the complaint states that the plaintiffs went forward with a scheduled embryo transfer with one of the three remaining embryos. The transfer was not successful, according to the complaint.

RELATED:  2 families whose embryos are no longer viable file lawsuits against UH: 'It's a tremendous loss'

The plaintiffs then attempted to transfer the other two remaining embryos. Those transfers were also not successful.

The plaintiffs were "devastated by the failure caused by the UH Fertility Center and the damage caused during the incubation period," the lawsuit said.

In the summer of 2016, plaintiffs again had eggs harvested, and the process ended with 10 embryos.

Two embryos were transferred to the plaintiffs, and this resulted in the birth of two girls.

The other eight embryos were preserved at the center.

On or about March 3-4, 2018, the plaintiffs' frozen embryos were "damaged when the temperature rose in the liquid nitrogen storage tank" at the center, the lawsuit said.

"As a direct and proximate result of Defendants' negligence, Plaintiffs have suffered and continue to suffer severe personal and pecuniary injuries," according to the lawsuit.

The plaintiffs planned to undergo in-vitro fertilization (IVF) this summer with the use of some of the embryos that are now in question due to the serious malfunction earlier this month.

According to the lawsuit, they spent thousands of dollars in storage fees for the embryos and to harvest the eggs.

In an emailed statement, a spokesperson for University Hospitals confirmed an incident in 2016 in which one of the incubators lost power. The statement also said that event was not related to the most recent storage tank incident.

You can read the full statement here:

In March of 2016, one of our incubators lost power. Approximately five patients were affected, and we worked with each of them to find the best solution possible to help them move forward. It’s our policy not to comment on pending litigation, including this most recent case, but we feel it is important to note that the event in 2016 is not in any way related to the storage tank incident we now are investigating. We remain committed first and foremost to do what is best for our patients.

National accreditation agencies, including the Joint Commission  as well as the agency that accredits University Hospitals' fertility clinic, the  College of American Pathologists , are investigating the malfunction that occurred during the latest incident.

Dr. Paul Bachner, an adviser with the College of American Pathologists, said what happened was a "very, very unusual event."

News 5 also uncovered tanks or storage containers holding embryos and eggs are not federally regulated. Facilities are not required to report incidents.