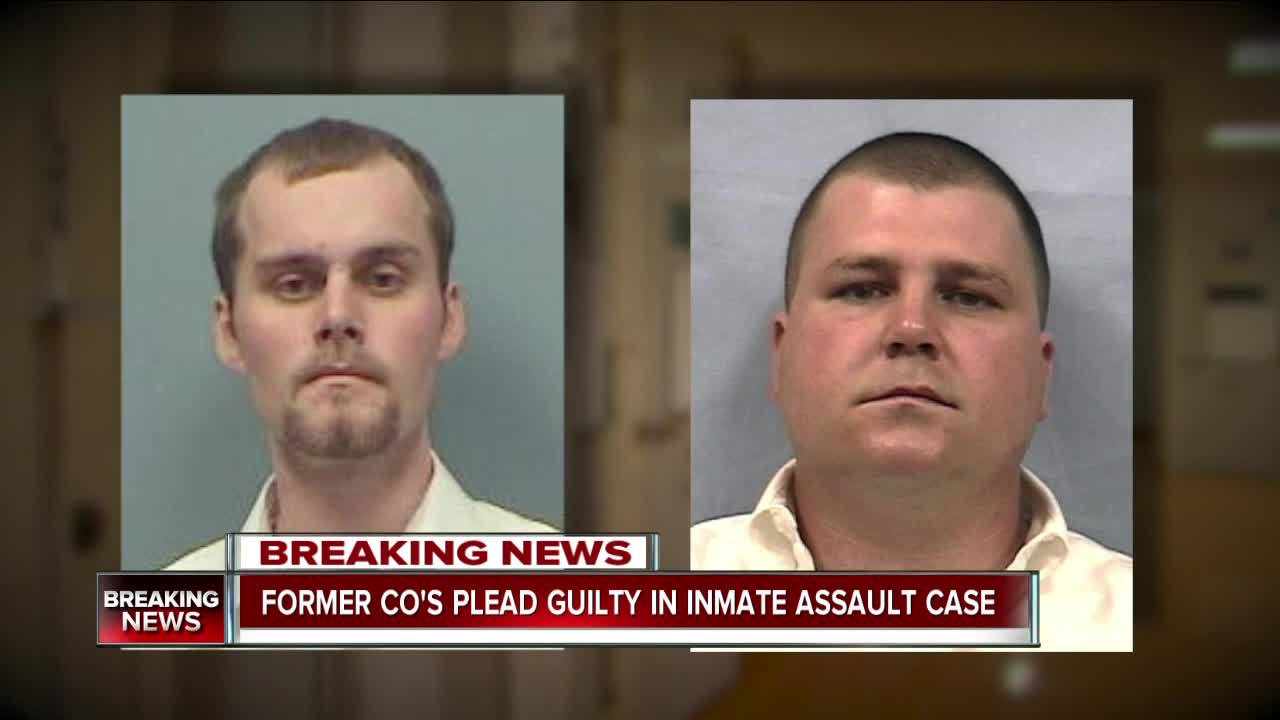 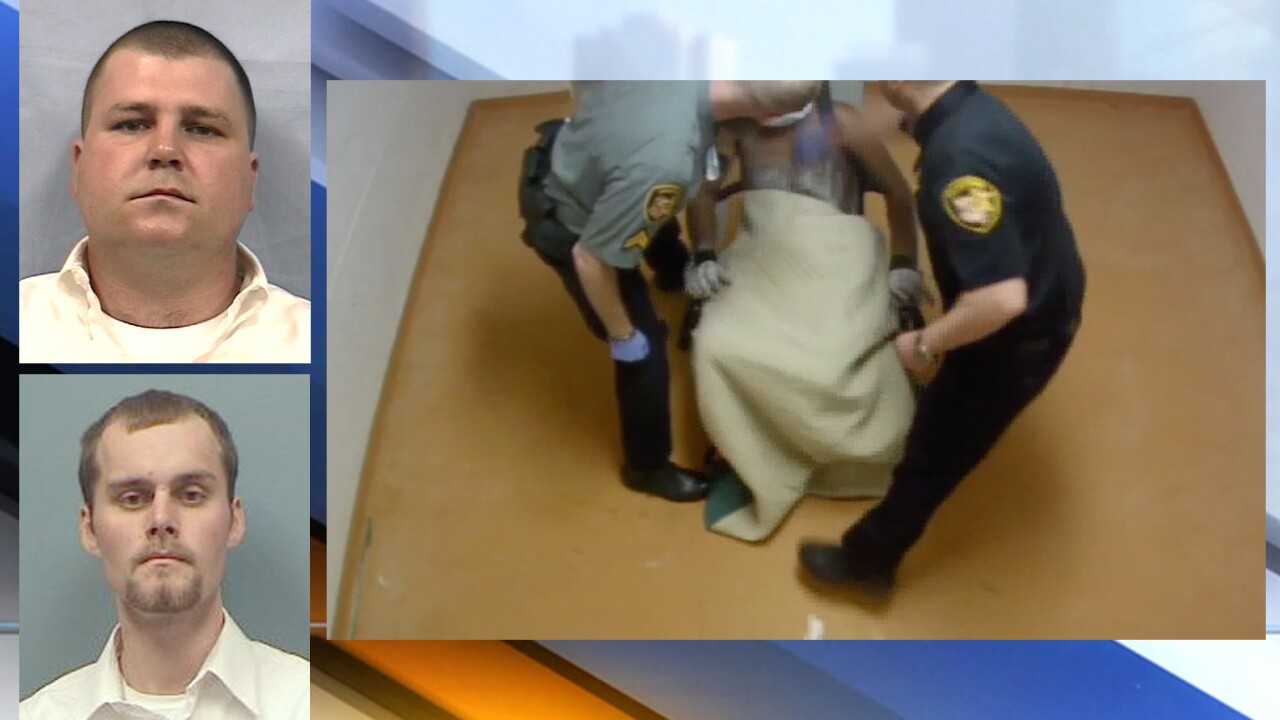 CLEVELAND — Two Cuyahoga County Jail officers who were caught on camera brutally beating an inmate in a restraint chair in March pleaded guilty Tuesday to charges related to the incident.

“Inmates do not surrender their human dignity along with their freedom,” Ohio Attorney General Dave Yost said in a news release. “These two men abused their authority to pound a prisoner strapped to a chair. We wouldn’t stand for a dog to be treated like that – let alone by someone exercising the authority of the State.”

Evans, a jail corporal, faces up to six years in prison. Dugan faces a maximum of two years behind bars when the pair is sentenced in December.

Dugan's attorney said Tuesday that he'll ask the judge to sentence him to probation.

"He's incredibly remorseful for what occured in this case," said Adam Chaloupka, an attorney with Ohio Patrolmen's Benevolent Association. "He is very sorry. It was uncharacteristic and he had never had anything like this in in his entire two decade career."

Evans and Dugan were each initially indicted on charges of felonious assault, unlawful restraint and two counts of interfering with civil rights. Evans had also been charged with tampering with evidence.

The indictments filed earlier this year allege that on March 22, 2019, Evans and Dugan strapped an inmate to a restraint chair and unlawfully punched him in the head repeatedly, causing a concussion. The incident was recorded on a wall camera.

In June, that wall camera footage was released to News 5 – it clearly shows both officers punching the inmate repeatedly in the head as he sits in a restraint chair with both his arms bound and his mouth covered. The video shows the officers speaking to the inmate, but audio was not recorded.

The indictments alleged that Evans and Dugan left the inmate in the restraint chair for over two hours after beating him, instead of immediately transporting him to medical.

As part of the plea deal, both jailers agreed to resign at the time of their sentencing. Dugan also agreed to testify for the state in other cases of misconduct inside the jail.