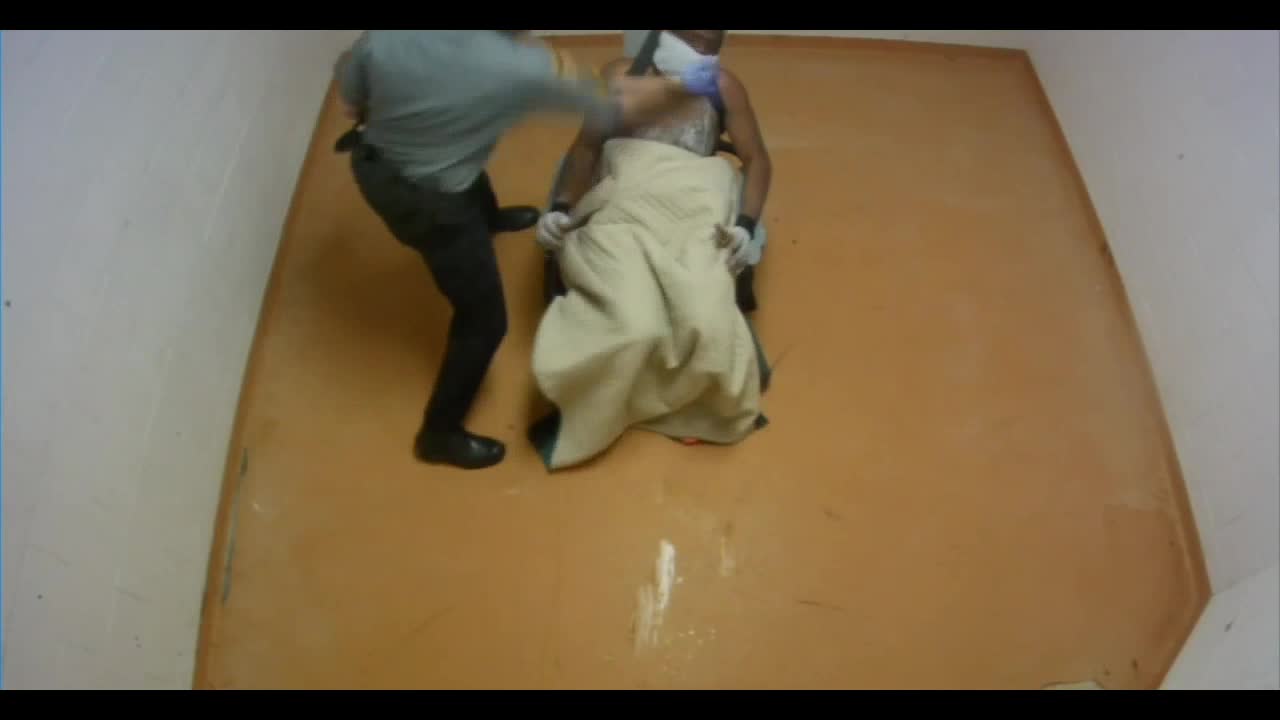 Newly-released video shows two Cuyahoga County Jail officers brutally beating a restrained inmate back in March of this year; both officers were later indicted for the incident.

CLEVELAND — Newly-released video shows two Cuyahoga County Jail officers brutally beating a restrained inmate back in March of this year; both officers were later indicted for the incident.

Nicholas Evans and Timothy Dugan were each indicted on charges of felonious assault, unlawful restraint and two counts of interfering with civil rights. Evans was also charged with tampering with evidence.

The indictments allege that on March 22, 2019, Evans and Dugan strapped an inmate to a restraint chair and unlawfully punched him in the head repeatedly, causing a concussion. The incident was recorded on a wall camera.

On Thursday, that wall camera footage was released to News 5 – it clearly shows both officers punching the inmate repeatedly in the head as he sits in a restraint chair with both his arms bound with his mouth covered. The video shows the officers speaking to the inmate, but audio was not recorded.

The indictments allege that Evans and Dugan left the inmate in the restraint chair for over two hours after beating him, instead of immediately transporting him to medical.

The indictments allege that Evans and Dugan violated the inmate’s Fourth Amendment rights by using unreasonable and excessive force on him. They also allege the officers violated in the inmate’s Fifth and 14thAmendment right by failing to provide proper medical care to him after they had beat him and caused a concussion.