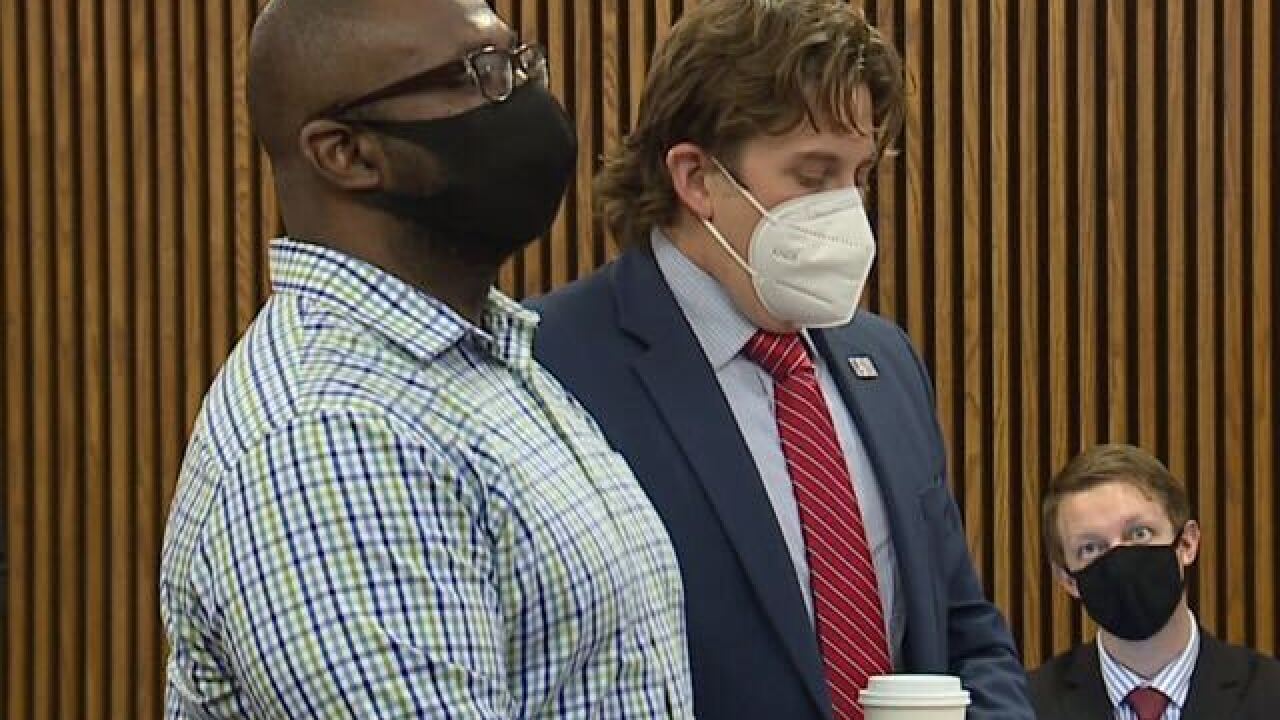 Bob Fenner.
Charles Enoch appears in court for his arraignment on Oct. 1, 2020.

CLEVELAND — A former Cuyahoga County corrections officer, who has been charged with assaulting an inmate in the troubled county jail’s mental health unit, was arraigned in Cuyahoga County Court of Common Pleas on Thursday.

Charles Enoch, 40, pleaded not guilty to one count of misdemeanor assault for the November 2018 attack.

According to court documents, Enoch struck the inmate in the face without provocation.

As 5 On Your Side Investigators previously reported, the assault was captured on jail surveillance cameras.

Enoch was suspended for 20 days for the incident.

He resigned from the jail in March after nearly 13 years on the job.

He was given a $1,500 personal bond and ordered to have no contact with the victim. He submitted a signed document requesting charges proceed by information instead of by indictment.