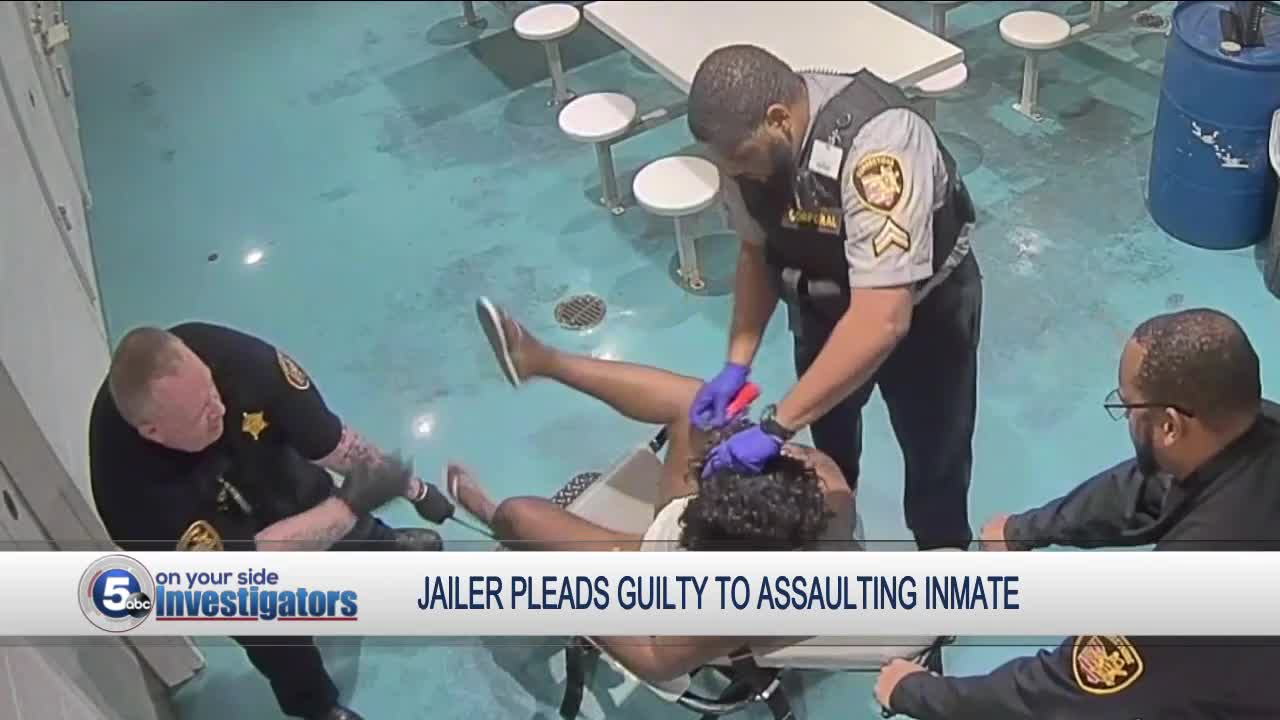 Cuyahoga County Jail Corporal Idris Farid Clark took a plea deal Friday in his case where he pepper-sprayed a restrained inmate, during his court appearance at Cuyahoga County Court of Common Pleas. 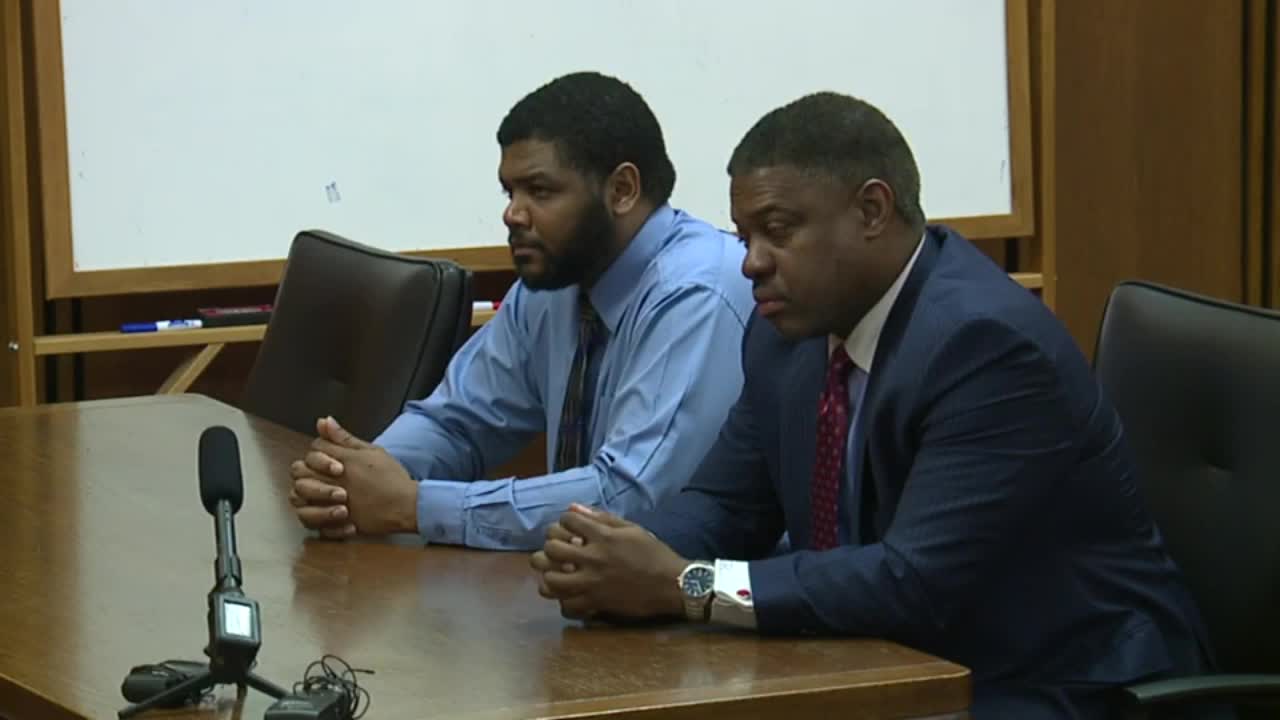 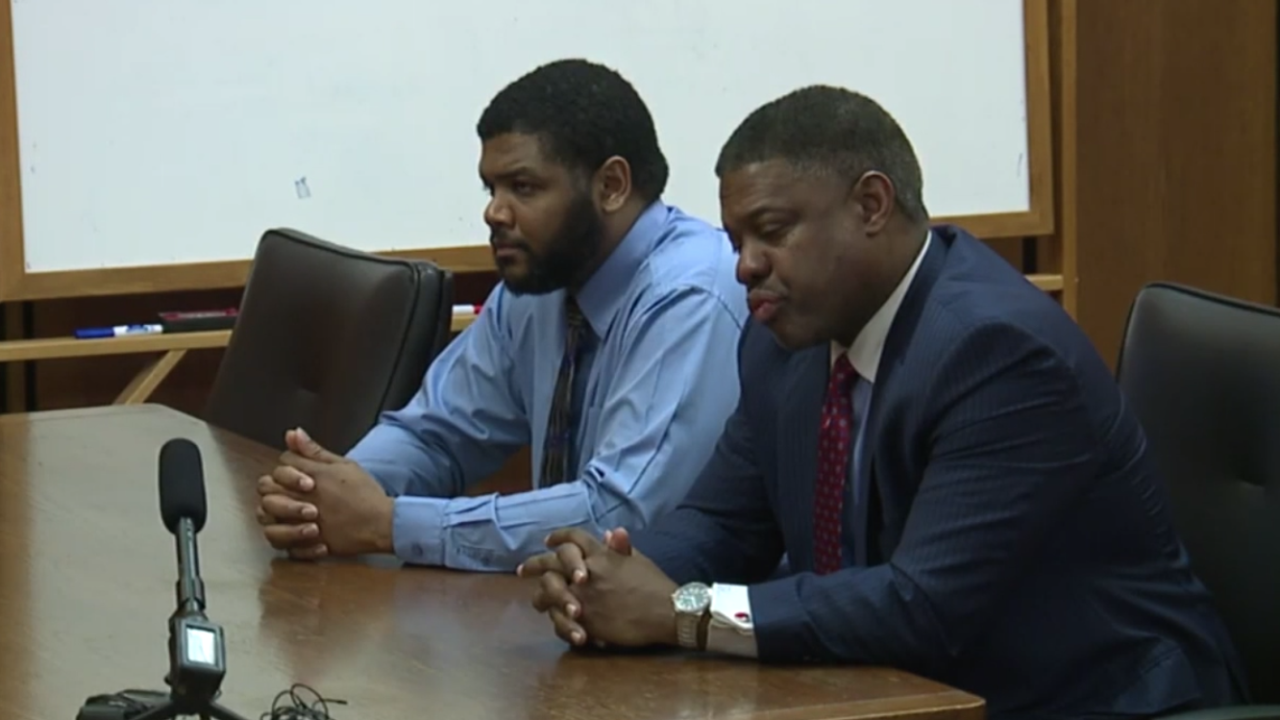 CLEVELAND — Cuyahoga County Jail Corporal Idris Farid Clark took a plea deal Friday in his case where he pepper-sprayed a restrained inmate, during his court appearance at Cuyahoga County Court of Common Pleas.

As part of his plea deal, Idris-Farid Clark pleaded guilty to the following:

The incident leading to those charges happened on July 16, 2018 following the arrest of Chantelle Glass on a misdemeanor warrant out of New Jersey. She was taken into custody by Cleveland police, then transferred to the Cuyahoga County Jail. Jail surveillance video shows officers remove Glass from her cell and place her into a restraint chair. One of those officers, Robert Marsh can be seen hitting Glass in the head. Clark then sprays Glass in the face with pepper foam just inches from her eyes.

After being pepper-sprayed, Glass told her jailers she couldn’t breathe—to which they responded, “If you talkin’ you can breathe,” according to the complaint. The complaint states that Glass suffers from asthma and jail staff “were in no hurry to employ decontamination protocols or ensure Ms. Glass had a medical assessment” following the incident. In the 13-minute plus body camera video, Glass tells officers she can't breathe about 30 times.

Glass filed a civil rights complaint against the county and the jail alleging that she was a victim of brutal and tortuous acts.

Glass and her attorney, Ashlie Case Sletvold were in court for Friday's guilty pleas.

"This is just the first step in the process of rooting out a deep-seeded cancer within the Cuyahoga County Corrections Center," said Sletvold. "This is not a unique incident that happened to Ms. Glass. People have been brutalized for many, many years."

Sheriff David Schilling, who took office after the pepper spray incident was also in the courtroom Friday.

"I don't want Mr. Clark's behavior to be reflective of the behavior or actions of our people," said Schilling. "They work in tough conditions with tough people at times. But this behavior, I'm not going to tolerate it. It's not going to happen in this jail, at least while I'm sitting in the Sheriff's seat."

Clark will be sentenced on Feb. 27 at 1:30 p.m. in the courtroom of Cuyahoga County Court of Common Pleas Judge Dick Ambrose.

For news and updates about the many problems at the Cuyahoga County Jail jail, including abuse, suicides, lawsuits, accidental releases and leadership issues, click here.