Ex-jailer and warden charged in connection with case 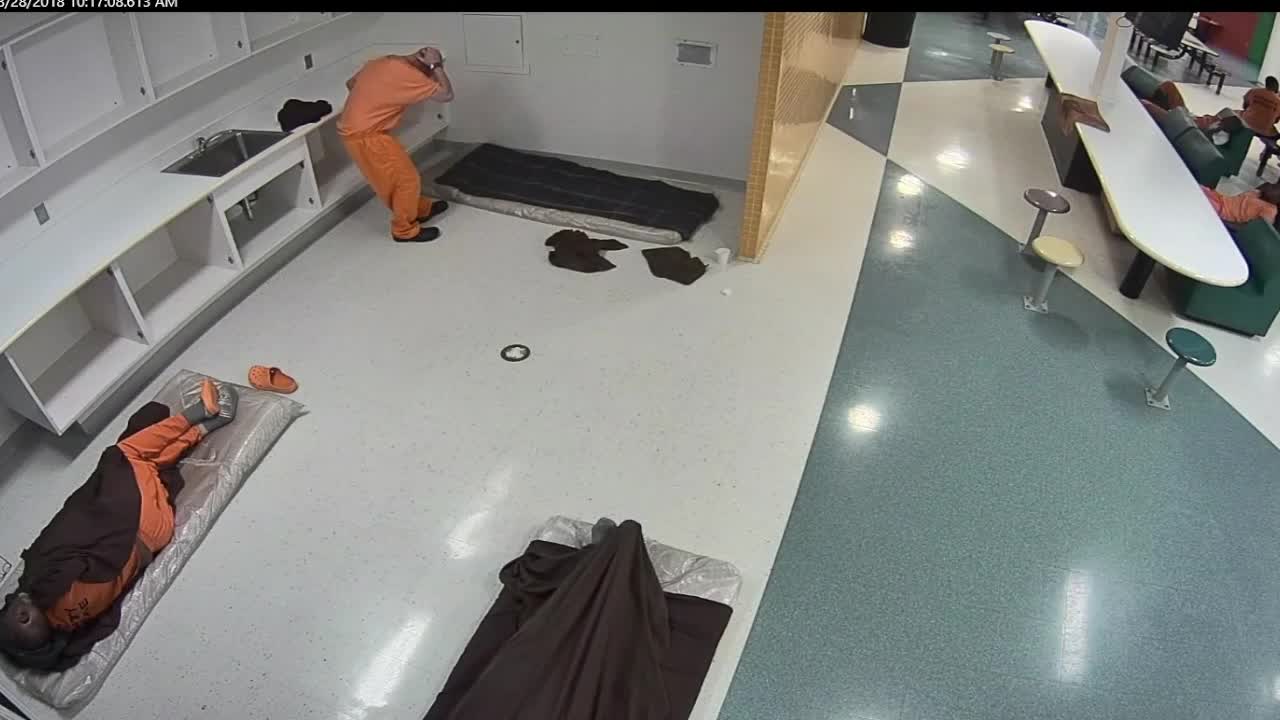 Just-released video from inside the Cuyahoga County jail shows what investigators call a "dereliction of duty" in the death of inmate Joseph Arquillo last August. 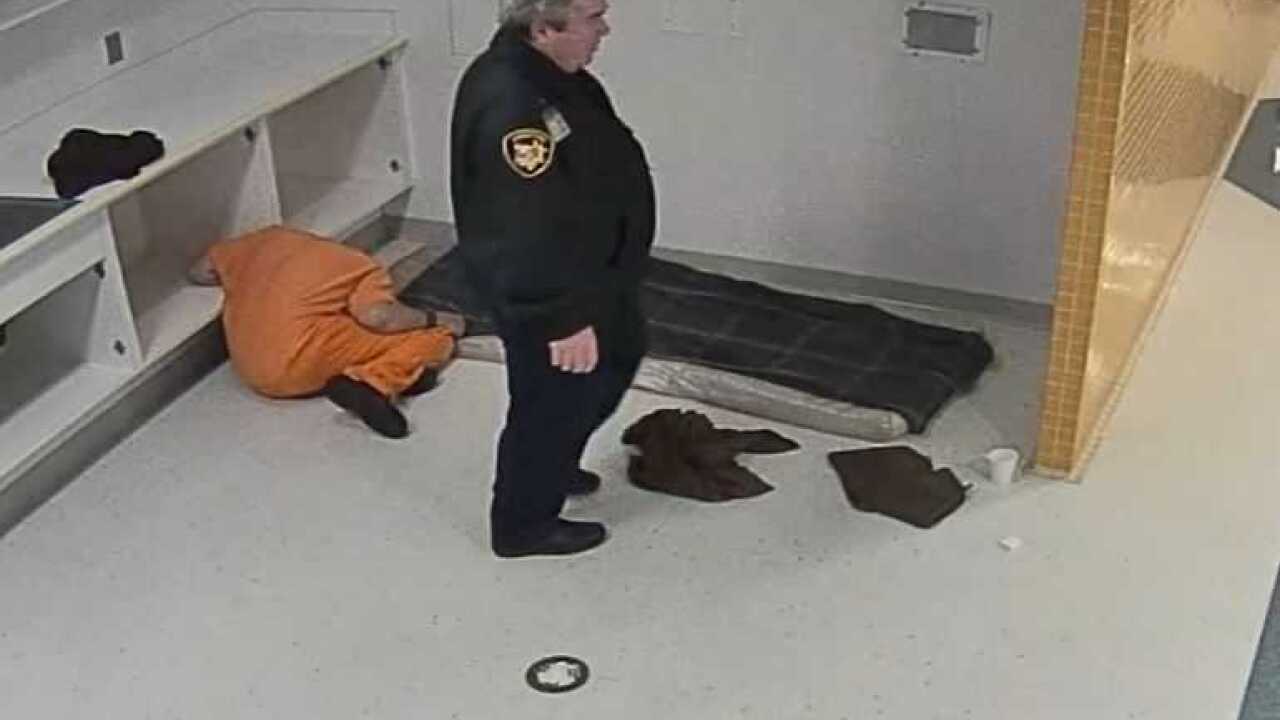 Just-released video from inside the Cuyahoga County Jail shows what investigators call a "dereliction of duty" in the death of inmate Joseph Arquillo last August. Former jailer Martin Devring and Warden Eric Ivey face felony charges stemming from the incident.

In the video, Arquillo appeared wobbly on his feet at times. Internal documents obtained by 5 On Your Side Investigators described Arquillo as "intoxicated" earlier that morning. Arquillo then went for medical attention. When he returned to area where his mat was on the floor, the 47-year-old inmate appeared to bend awkwardly. Arquillo then appeared to grab his head before curling up in a corner near his bunk.

According to the video, nearly an hour passed before another inmate came over and appeared to say something to Arquillo. The inmate then walked away.

Five minutes later, the recording shows Corrections Officer Martin Devring approach Arquillo, kick the mat next to where Arquillo was curled up, and then walk away. According to disciplinary records, Devring claimed Arquillo mumbled "not interested" when the jailer asked him about eating lunch.

Minutes later, another inmate kicked at Arquillo, but, Arquillo appeared not to respond. The video showed the inmate curled up awkwardly, not appearing to move for another 75 minutes.

Then, another inmate can be seen tapping Arquillo on the shoulder. Another corrections officer, who investigators say relieved Devring, can be seen checking on Arquillo. The officer radios other officers. By now, it's clear something is wrong.

One inmate appears to signal that Arquillo is dead.

Officers and paramedics spent about 20 minutes working to revive Arquillo, but the inmate died shortly after arriving at the hospital. The medical examiner ruled Arquillo died of a drug overdose.

Devring was fired in December after investigators found he failed to conduct required checks of inmates and falsified a log book the day of the death. Devring has also been charged with tampering with records, dereliction of duty and interfering with Arquillo's civil rights.

Ivey, who can be seen on the video responding to the emergency, faces charges of tampering with evidence, and falsification after investigators say he told an officer to turn off his body camera during the incident and then lied about it to investigators.

Both Ivey and Devring have pleaded not guilty to the charges.

In March, county corruption investigators subpoenaed records surrounding Arquillo's death as part of their probe into problems at the troubled county jail.