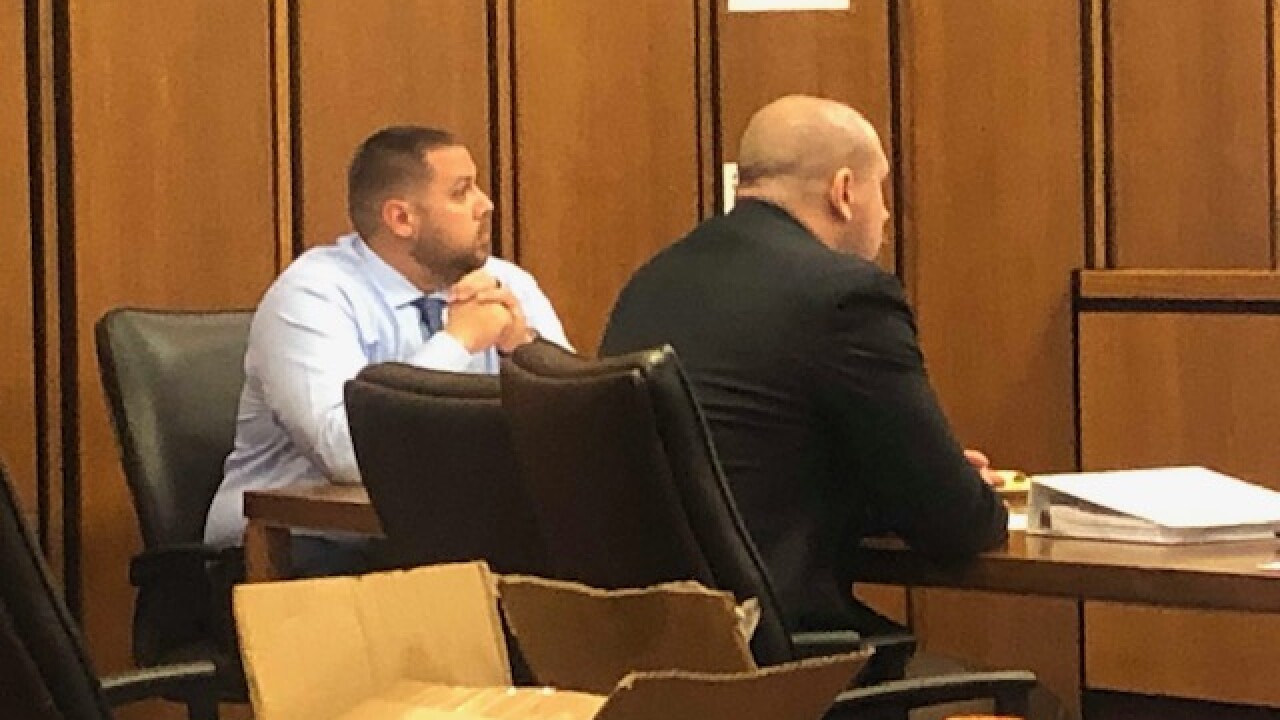 Scott Noll
Jailers Jason Jozwiak and John Wilson are on trial for allegedly assaulting an inmate, knocking out two of his teeth and leaving a third lodged in his nasal cavity.

CLEVELAND — A verdict has been reached for two Cuyahoga County corrections officers accused of beating an inmate and then denying him medical care for a broken nose and busted teeth.

The verdict is expected to be read at about 3:15 p.m. Watch a livestream from the courtroom here:

The attack happened in February 2018.

Jailer John Wilson is charged with felonious assault, interfering with civil rights and unlawful restraint for beating inmate Joshua Castleberry in his cell.

Jailer Jason Jozwiak is charged with interfering with civil rights and falsification after he refused to allow a nurse to care for Castleberry as he sat in a restraint chair for hours with a broken nose and broken teeth.

During testimony, the jail's medical director said he saw two different times on jailhouse video where nurses could have but did not examine Castleberry after he was injured.

The jail's medical director testified Castleberry's injuries resembled someone who had been in a car crash. Two of Castleberry's teeth were knocked out. A third tooth was lodged in his nasal cavity.

During testimony, an oral surgeon who treated Castleberry said that the bone that held his teeth in place was shattered, making re-implanting the inmate's teeth impossible.