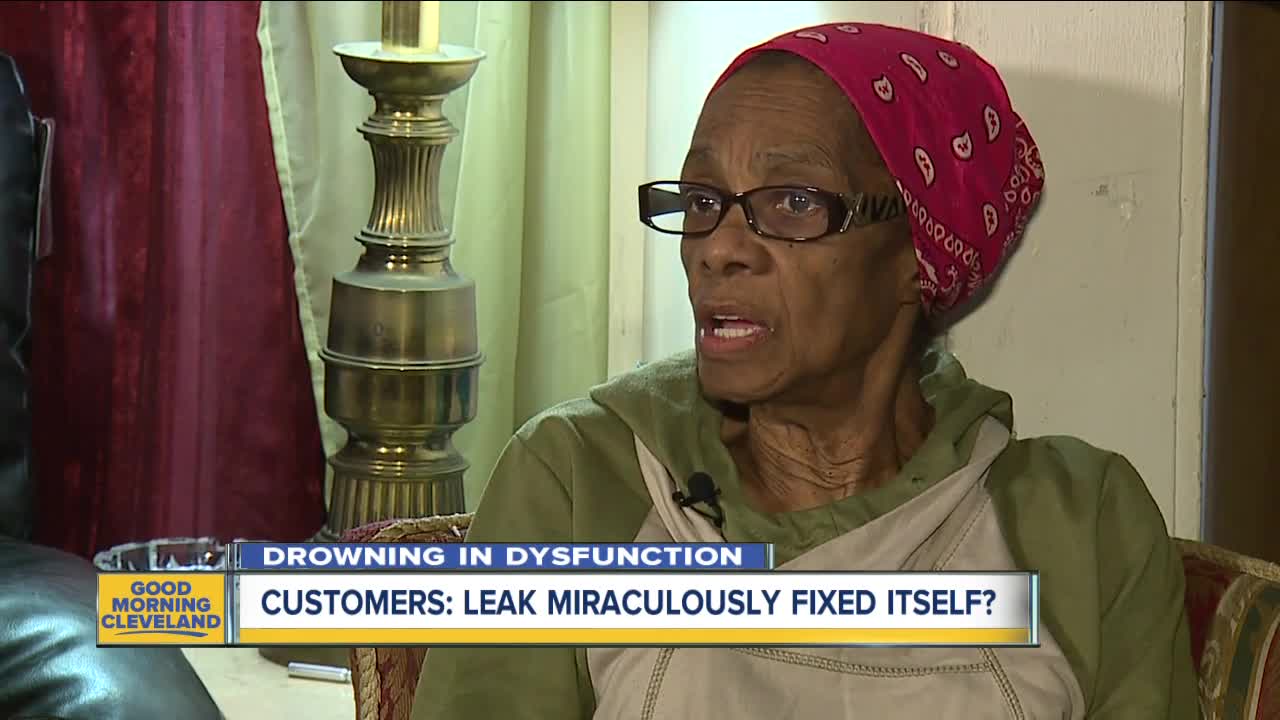 Now, yet another person is facing a huge water bill, this time because of a mysterious leak. 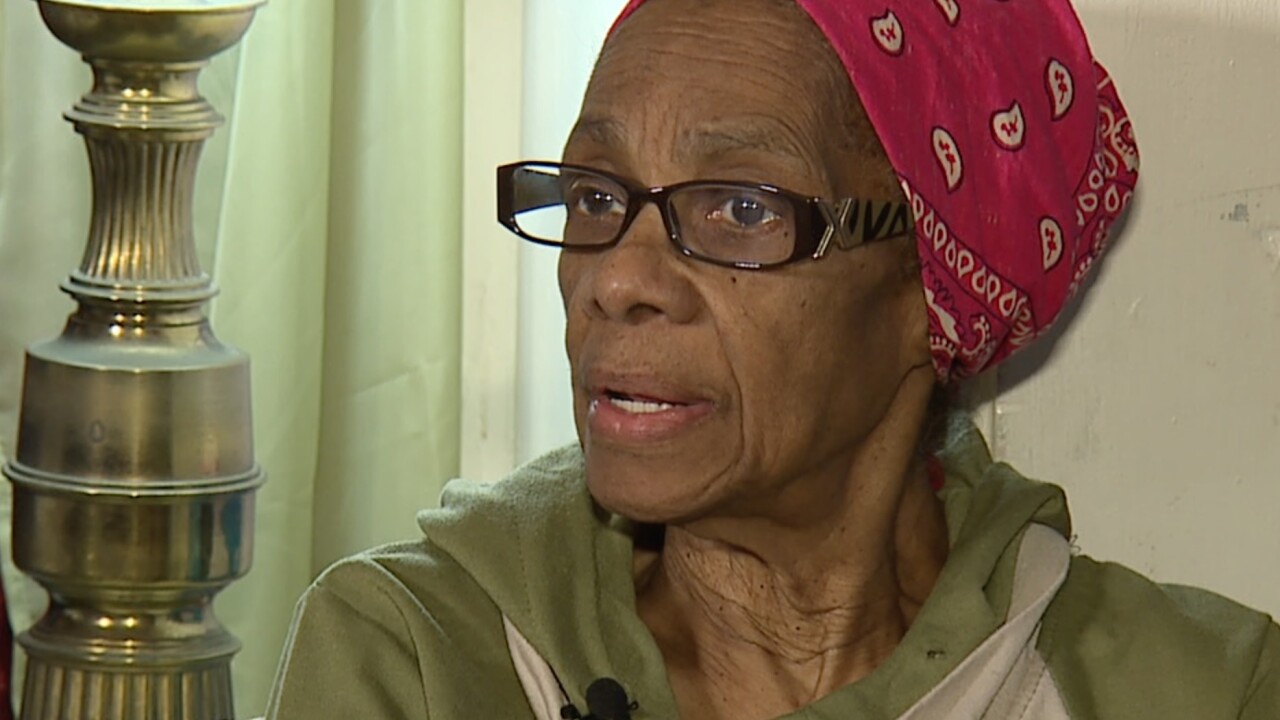 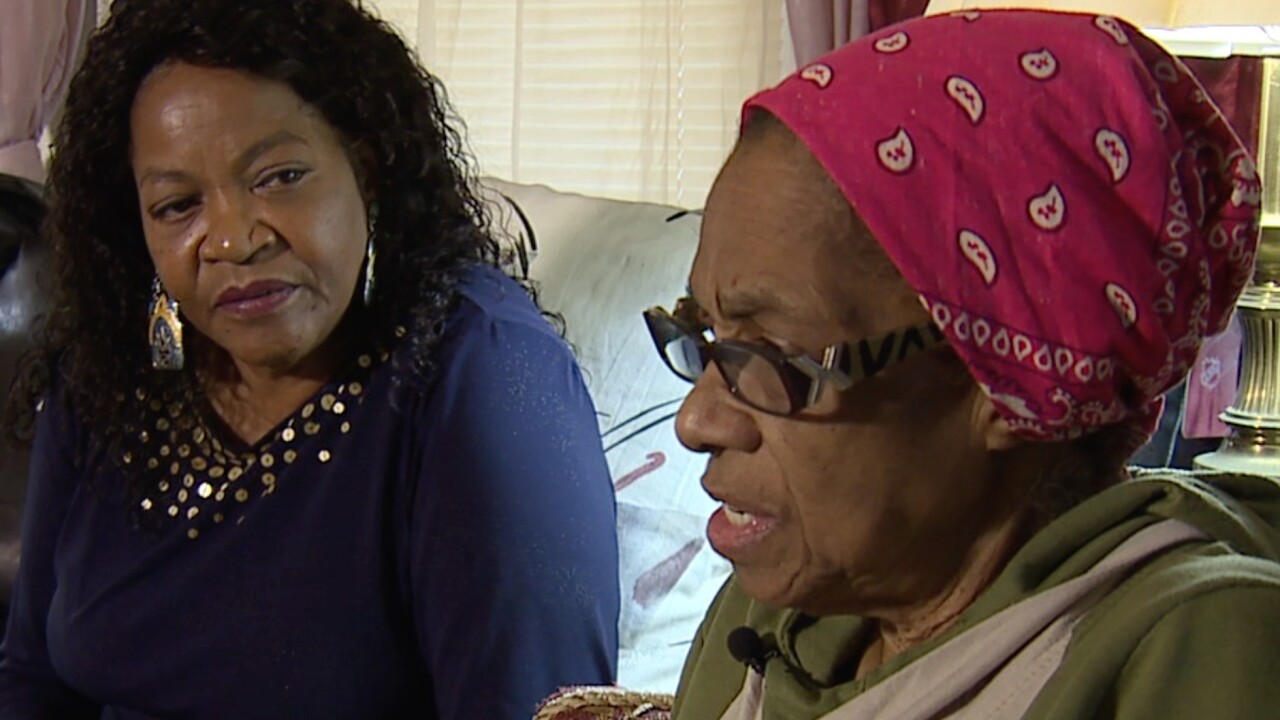 CLEVELAND — There’s been more fallout since the bombshell lawsuit filed by the NAACP Legal Defense Fund against the Cleveland Division of Water. The Legal Defense Fund sued the water department for discrimination and bad billing practices. Now, we're hearing from yet another person facing a huge water bill, this time because of a mysterious leak. It’s all part of our on-going investigation called “Drowning in Dysfunction.”

"Took me right off of my feet. I could not believe it,” said Josephine Smiley, 82, from Cleveland's East Side. She’s been waterlogged with confusion.

“Are you getting any answers from Cleveland Water?” we ask Smiley.

“No. They talk to me like I'm crazy,” she replied.

Her sister Michele Mayhand, 67, said Cleveland Water claims Smiley's home where she lived alone, used “enough water to fill a hotel” in her basement. Cleveland Water told us its meter records show there was a spike in usage for about 10 days in January of 2018.

"The problem with that is that the basement is still dry and that huge furnace that's running that place is still dry,” said Mayhand.

"They just tell you some crazy stuff and that's it,” said Smiley. “And you supposed accept that? No."

There's that word ‘crazy’ again, a word tossed into the discussion a lot about Cleveland Water bills, but it would come up once more after the women hired their own plumber to check the basement.

"He walked around the house looking for soft water spots or break in the ground,” said Mayhand.

In fact, even in the plumber's report he wrote, “No damage to the water heater or furnace despite the crazy claim of water usage.”

What's also crazy is that during our series "Drowning in Dysfunction," we've reported on many of these kinds of unanswered spikes. They are leaks that miraculously fix themselves said the homeowners, because somehow the meter readings go back to normal all on their own.

"Like I tell them, ‘I'm old, but I ain't stupid,'” Smiley emphatically stated.

Because the water and sewer bills are tied together, Smiley refuses to pay a sewer balance of around $700 she told us. Meanwhile, there have been threats by the city that it will shut off Smiley's water.

"Why are you harassing this lady? What is this about?” questioned Mayhand.

Two water reps came out to Smiley's home in May of 2018. "They checked the meter and they said there's nothing wrong with the meter and we don't see where a flood happened,” said Mayhand.

“Their own people said that?” we asked.

“Their own people said that,” confirmed Mayhand.

Cleveland Water maintains that its records indicate proof of the water usage.

"I think it's wrong that you do somebody like this and, especially, a lady that's 82-years-old," commented Mayhand.

Smiley is a lady who, up until last year, worked as a certified nursing assistant at Metro. "I've always been blessed helping somebody,” said Smiley. She’s a lady who is now ill. "She's my big sister so, now it's time for me to reach out and help her,” said Mayhand. And she a lady who demands explanations. "You will not run over me,” said Smiley. “Because, I don't deserve that.”

Cleveland Water said it will reach out to Smiley and work with her. The Northeast Ohio Regional Sewer District, aka the Sewer Department, referred us back to Cleveland water because it handles the billing for sewer charges.

Mayhand told us she and her sister have spoken with the NAACP Legal Defense Fund and are waiting to hear back about whether or not they will be added to the suit.