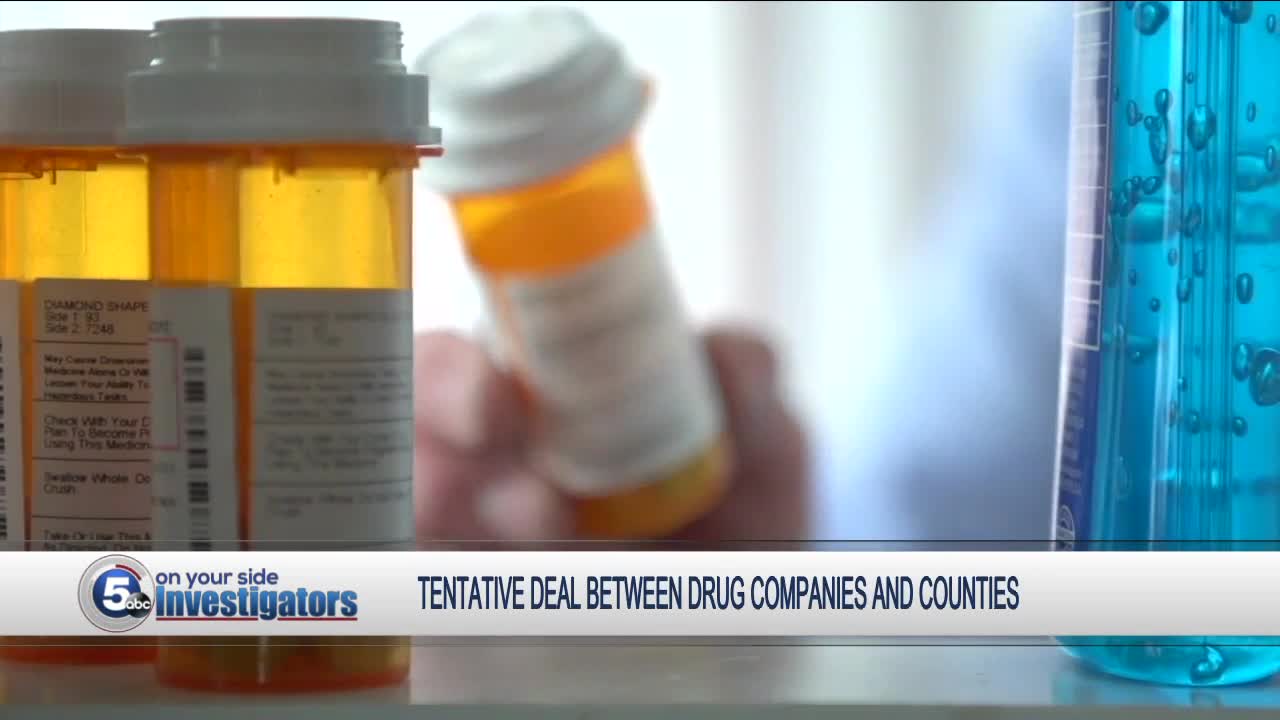 CLEVELAND — Two big drug companies have reached a tentative settlement with Cuyahoga and Summit counties relating to their role in allegedly promoting the use of opioid pain killers.

Both Endo Pharmaceuticals and Allergan have tentatively agreed to pay a combined $15 million to settle claims filed by both counties, according to Cleveland attorney Frank Gallucci, who represents Cuyahoga county.

The money would be used by counties to help pay for the health care and social costs incurred by the opioid crisis.

An analysis of U.S. Drug Enforcement Agency database that tracks opioids found 358 million pills from 2006 through 2012 were distributed in Cuyahoga County alone.

In a news release issued by Endo Pharmaceuticals Tuesday, the company it is "pleased to have reached a resolution in principle," adding that it includes "no admission of wrongdoing, fault or liability of any kind."

Lawsuits filed by both Cuyahoga and Summit counties are part of a federal muli-district litigation case involving more than 20 other major drug companies currently set for trial October 21 in U.S. District Court in Cleveland.

According to Gallucci, the tentative settlement would "help streamline" the upcoming litigation by effectively removing Endo and Allergan as defendants.

The tentative settlement requires approval by boards of both drug companies as well as Cuyahoga and Summit County Councils.