It can happen to anyone of us, an air ambulance ride costing $53,000 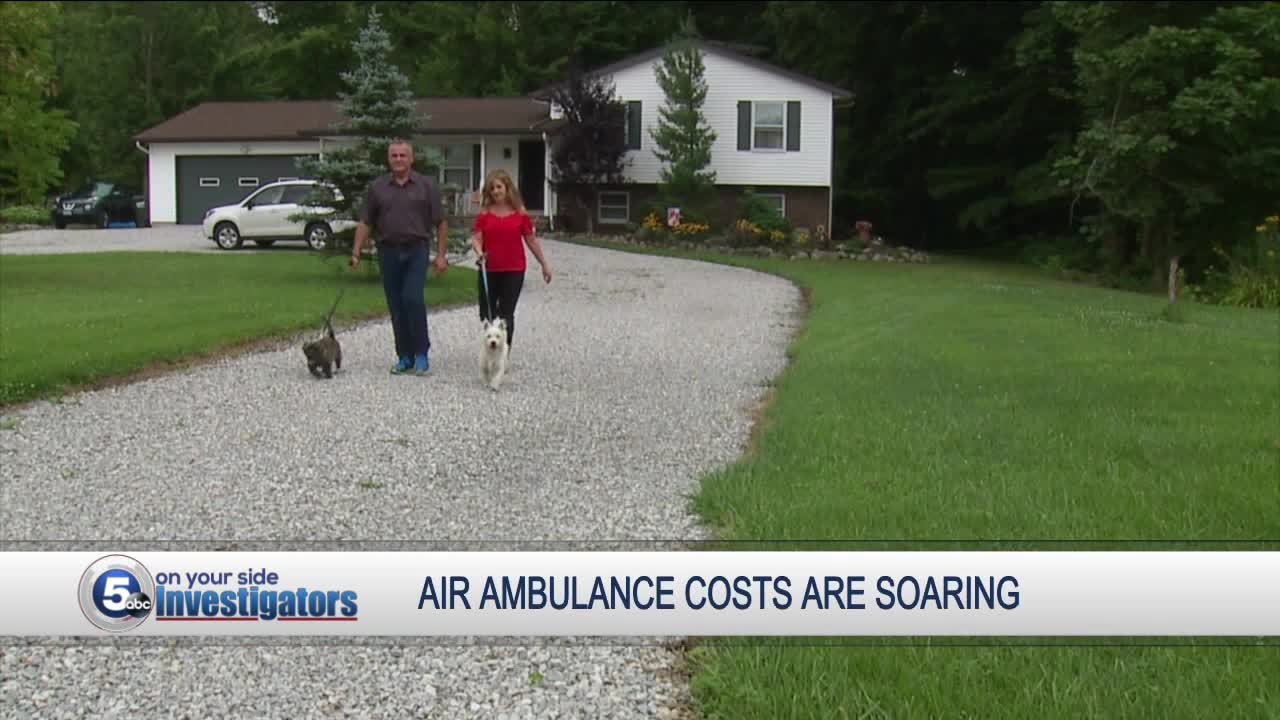 Anyone of us at any time can get into an accident that forces us to be flown by an air ambulance. Recent reports show costs for those rides are soaring. 5 On Your Side Investigators continue our "Diagnosis: Debt" series with a motorcycle ride, a helicopter flight, and a massive bill still looming. 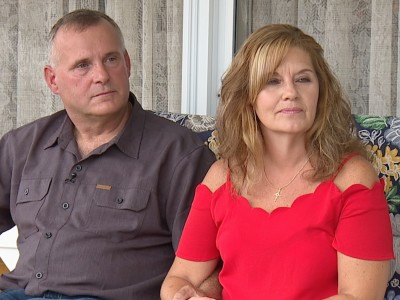 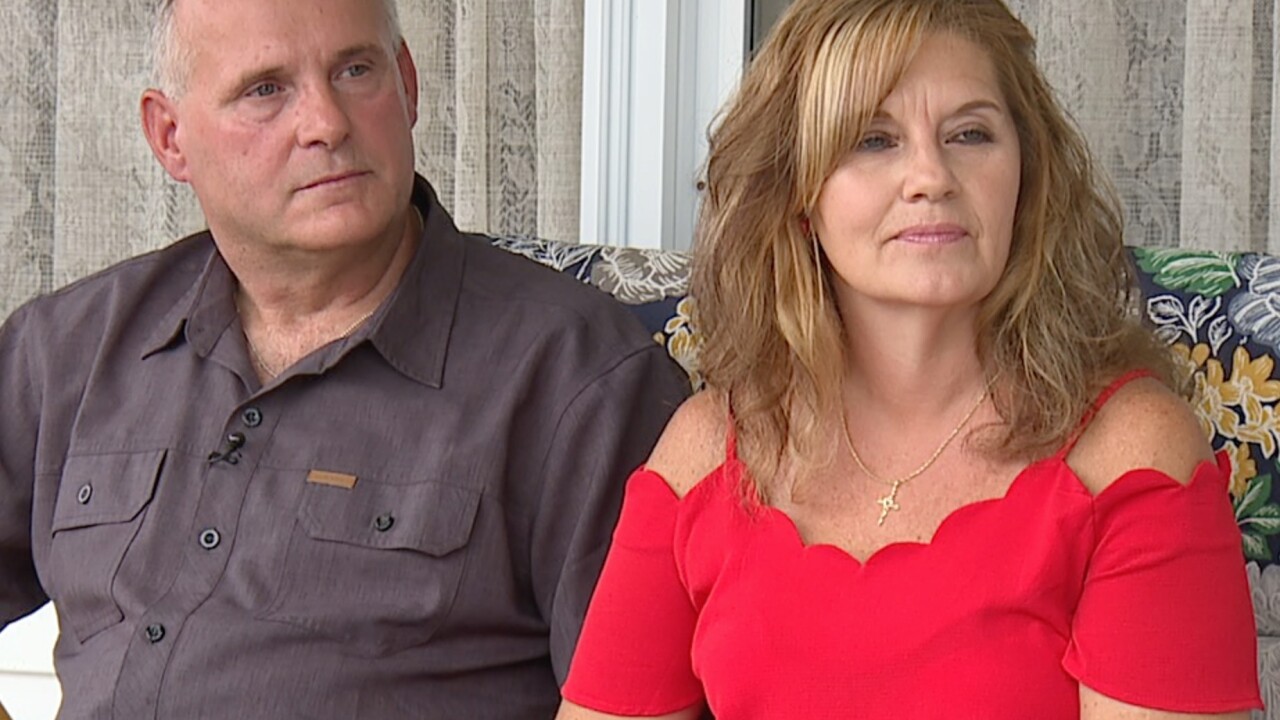 LITCHFIELD, Ohio — More than 550,000 Americans are flown by air ambulances each year, and the price for those flights is getting more and more costly. A Medina County couple found that out the hard way, and it can happen to any one of us at any time.

"It was really scary,” said his 52-year-old wife, Julie Hleba.

"Neither of us remember the impact,” said Paul. “By the grace of God, it put us in a ditch rather than heavy traffic on the freeway."

Last August, Paul and Julie were coming back from a 4,300-mile motorcycle ride when, in New York, the back tire blew out. Paul was driving and Julie was on the back. They were thrown.

"My adrenaline got going and then I jumped up and seen him and he was unconscious, and it was frightening," said Julie.

Paul had a broken scapula, three broken ribs, and a lacerated spleen. A ground ambulance took him to a nearby hospital. He said he was conscious, wasn't taken into surgery, and didn't seem to be in a big emergency. But Paul told us doctors wanted to transfer him as a precaution to another one of their hospitals. "I wasn't given the choice of taking a helicopter ride," said Paul, who was forced to fly. Julie took a taxi. Google shows, by road, it's 37 minutes.

"I never thought something like this would happen to us,” said Julie, who was talking not only about the accident, but about the $53,000 bill they received from the helicopter company Air Methods. Insurance paid roughly $15,000 or so, but that left the Hlebas with a $37,000 unsettled bill.

"It was a shock,” said Paul. “It was financially devastating to us if we had to pay something like that."

Air Methods told us it can't comment on specific casesm but did say that in Ohio, a flight base rate for a Medicare patient is around $6,000, Medicaid is $1,800, and the uninsured — $800. It said patients with private health insurance have to cover the costs for the remaining balances left on the 70% of transports. Paul is one of those patients.

"I don't mind someone making a profit. But don't pay the whole helicopter off on me,” said Paul.

She doesn't agree with air ambulance companies that say they have to charge so much for flights. "If you look at the amount of profit they're bringing in, it really is egregious that they are putting these outrageous bills on the backs of consumers,” said McAndrew.

Courts have ruled air ambulances can charge anything they want. “So, everything in this country that relates to legal regulation of air traffic has to be handled at the federal levels,” said McAndrew. The Airline Deregulation Act of 1978 forbids states from telling airline companies what they can charge customers. Air Methods puts itself in that category, and it's winning, so far.

But the law firm Elk & Elk rounded up local clients and filed a federal class-action lawsuit against Air Methods. It argues patients have "no choice" when they're flown, and it's almost always out-of-network. McAndrew said there's a reason for that. "A lot of the air ambulance companies are making a lot of money, and they often are not joining insurance networks because they are actually charging higher rates not going through insurance companies," she told us.

A recent study in the Journal of the American Medical Association shows air ambulance rides lead to a surprise bill for 86% of ER visits.

Currently congress has a bill in the Senate that addresses air ambulance billing. "We need policy interventions to address surprise medical bills,” said McAndrew. “And so, it's been very encouraging to see that it hasn't really been a partisan issue."

Encouraging, but nothing's been done yet. And the Hlebas are still stuck with a $37,000 out-of-pocket bill.

Cleveland Clinic told us the current market cost for a medical flight is $8,000.

"Something needs to be done,” said Julie. “People are just trying to lead decent lives. It's gouging, I believe."

Last year, Congress passed a law designed to create an advisory committee that would investigate billing for air ambulances. To this day, though, no one has been appointed to that committee.

We contacted Cleveland Clinic, University Hospitals, and MetroHealth to see if any of them use Air Methods. Metro told us it does not. Cleveland Clinic said it does not but it could use them if something went wrong with their helicopter system. University Hospitals does have a contract with Air Methods. Here’s what we were sent from UH about that:

“University Hospitals has contracted with Air Methods, which operates the MedEvac emergency helicopter service, since 1998.

"Air Methods directly bills insurance companies and patients for their services. If billing issues are brought to our attention by patients, we work with Air Methods to try and resolve the issues and help our patients, but the final billing decisions are Air Methods’.”

“Our mission at Air Methods is to deliver emergency, lifesaving care to anyone who needs it, 24/7/365. Our advanced aircraft fleet and highly-trained clinicians and pilots act as first responders, and in many cases, a critical link between hospitals for patients who need more intensive care.

"We are acutely aware of and sympathetic to the stress and financial difficulties large or unexpected medical bills cause many patients—not just those that require emergency air transports. Our healthcare system is complicated, and unfortunately, patients are often caught in the middle.

"When a physician orders an air medical transport, it is often because the medical facility does not have the right equipment, staff or expertise. When called by a first responder, it is because they have determined – at the scene of an accident – an emergency air medical aircraft is necessary. In these cases, our services are requested.

"Air Methods does not self-dispatch—we only go when we are called, and we transport every patient who needs our services, regardless of their ability to pay. We also do not have knowledge of the patients’ insurance status at the time of the call – we are focused on providing life-saving care. In many cases, we are the only link between hospitals for patients who need more intensive care, which is a responsibility we take very seriously as we know that minutes count when we receive a request for a transport.

"Current Reimbursement Models are Not Sustainable

"The cost of this around-the-clock readiness averages nearly $3 million per year for each air base, according to a cost study [aams.org] prepared for the Association of Air Medical Services (AAMS). Further, approximately 85% percent of costs are fixed costs associated with operating an air base, giving companies little leeway in reducing costs on their own.

"Today, the average Medicare per-transport reimbursement covers approximately half of the cost per transport, according to the AAMS study.

"In Ohio, between 60% -70% of our transports are Medicaid, Medicare, and self-pay/uninsured, which combined reimburses less than 30% of costs. Again, we don’t self-dispatch nor have any idea of insurance status until after we deliver our patient and finish our mission. The base rate for Medicaid in Ohio is around $1,800 per patient transport, with Medicare covering just over $6,000, and self-pay/uninsured paying just around $800.

"Combined with the number of uninsured patients in Ohio and the low payments by government payers, each air ambulance patient with private health insurance has to cover the costs for the remaining balance left by these 70% of transports.

"Air Methods is committed to providing the best possible care both on the ground and through the billing process. Through the Air Methods Patient Advocacy program [airmethods.com], we help patients navigate the insurance billing and appeals process and provide them with the information they need to come to a financially sustainable resolution to their claim. However, privacy regulations require patients to initiate communication with their health plans before our patient advocates can get involved. And many times the EOB or explanation of benefits amount is shows what insurance has left them to pay the provider, which then our patient advocates will work with the patient to dramatically reduce what insurance has not paid. For in Ohio, the average out of pocket is $300.

"More broadly, our company is continually working to integrate our critical care in the air services as part of in-network benefits with health plans across the country, including with Anthem Blue Cross Blue Shield of Ohio as wells the national Humana health insurance plan and more than 25 other in-network commercial health plan agreements across the country. In-network coverage offers health plan members a discounted, out-of-pocket payment for qualified services, which varies depending on their plan’s benefits. Staying in-network for their healthcare can help consumers avoid unexpected spending as well as balanced billing, which is the practice of the healthcare provider billing a patient for the difference between the plan’s reimbursement and the medical charges.”

Copyright 2021 Scripps Media, Inc. All rights reserved. This material may not be published, broadcast, rewritten, or redistributed.
Diagnosis: Debt Viewer Contact Form
Do you have a story of medical debt you would like to share with News 5 investigators? Email investigatortips@wews.com or fill out the form below.