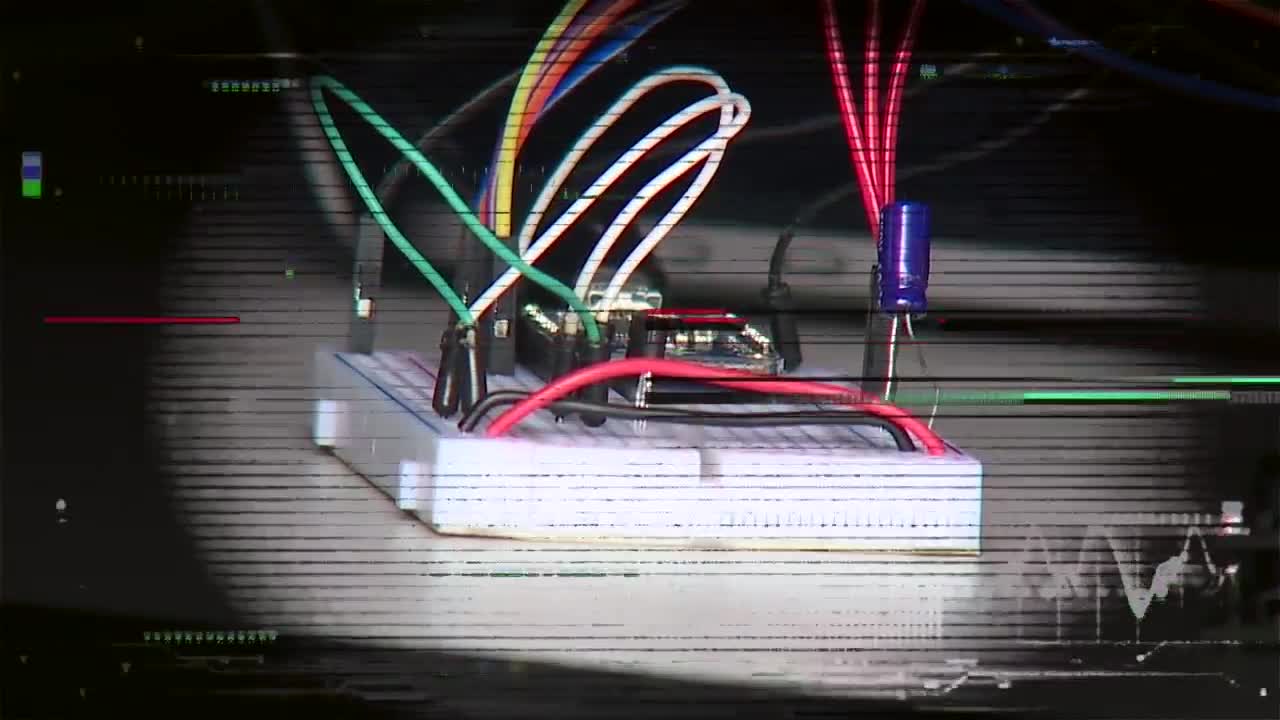 Smart devices will be hot items this holiday season. They hook up to the internet and can be controlled by your phone. However, we have a demonstration that shows how easy it is to hack your home. 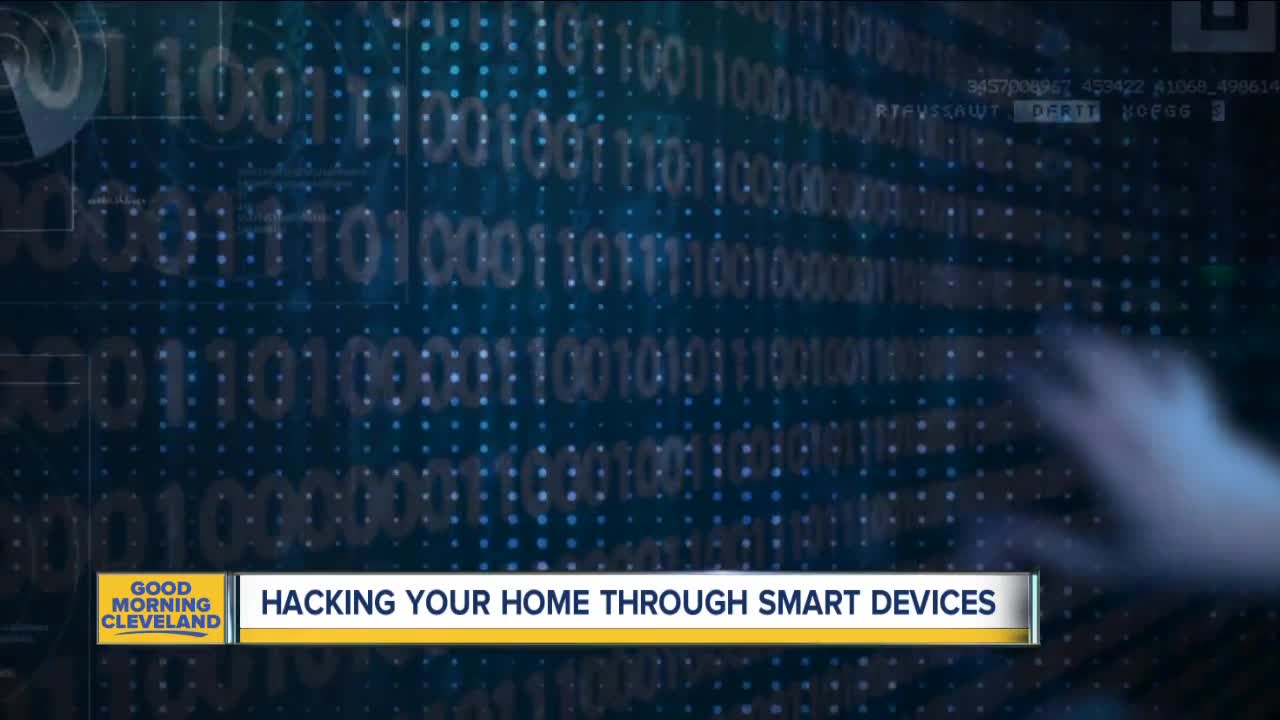 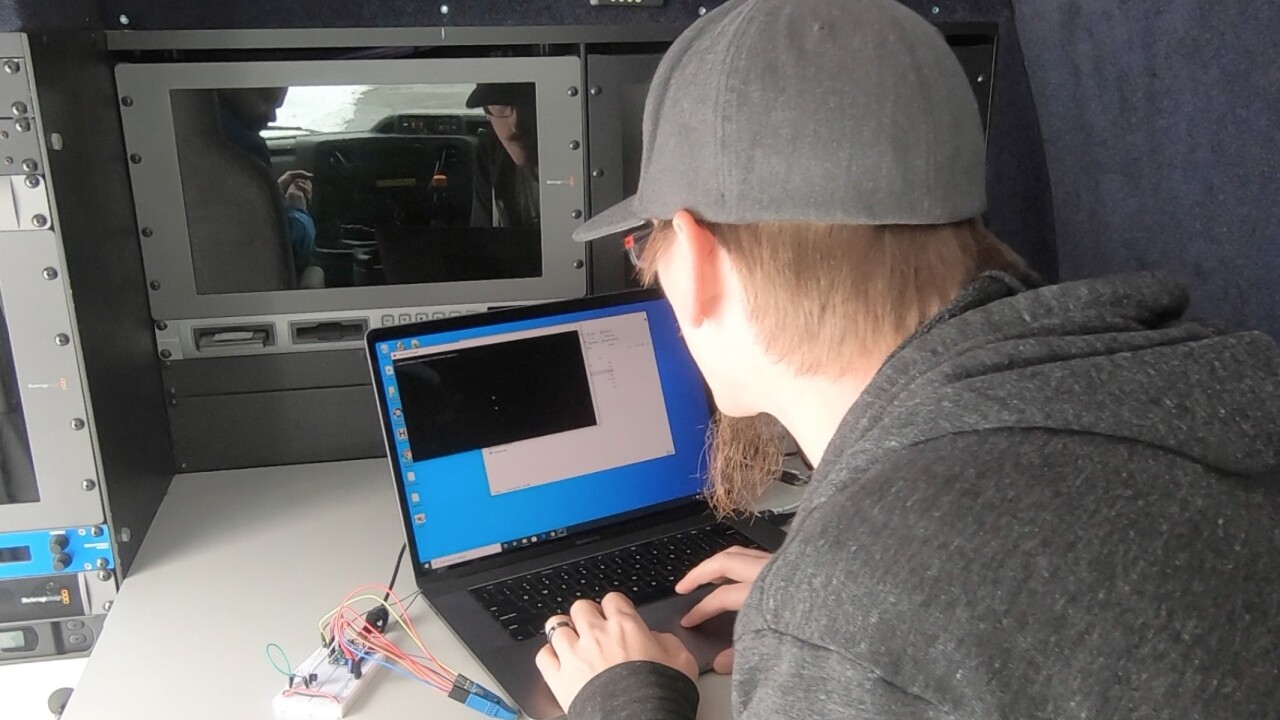 CLEVELAND — Smart devices will be hot items this holiday season. They hook up to the internet and can be controlled by your phone. However, we have a demonstration that shows how easy it is to hack your home.

"Well, I can see who's in the driveway and who's coming up the front walk and who's at the front door," said Gloria Beaven who has a Ring camera system, a smart TV, and wireless printer. She's worried about how exposed she is. "I don't like that you have access to what I'm doing in my house,” she told us.

So, we started with one of Beaven's neighbors. We set up in an undisclosed location in our News 5 mobile unit. Our ethical hacker Rob Simon went to work. “A lot of these things can be done pretty easily,” said Simon, who’s a Security Consultant.

He’s been hacking for years. He told us a simple, thrown-out smart light bulb can trash your personal accounts. "We can pull the internals of that out and look for the flash memory chips that are on there that store all the information as well as the settings that connect to your network,” he demonstrated.

He extracted potentially damaging info like passwords all with the help of a small board.

“You can get this anywhere?” we asked.

“Yeah, you can get this anywhere,” he replied. “This is just a cheap device that costs about $15.”

While sitting in our van, Simon was able to gain control of a nearby thermostat using just commonly known passwords. Not only can he create problems with freezing out the home, but it's a high-tech way of casing the house using the calendar on the thermostat. “Maybe (the homeowner is) scheduling a lower temperature than you would typically use for, say, about a week,” said Simon. “It might be possible that that user is going to be on vacation during that time. So, they might not be home."

The funny thing is the house Simon just hacked belongs to Alex Hamerstone from TrustedSec who helped us with the demo. "If you use the same password across multiple sites, your account is only going to be as secure as the weakest site where you use it," said Hamerstone.

Problems are prevalent. Data breaches are happening all the time affecting millions of people's private info. "If people are paying to get this type of information, there's always going to be people out there that are going to be doing it,” said Simon.

Plus, a quick Google search pulls up hacking courses in under a second. We found hackers’ presentation on YouTube as well.

It's such a massive, worldwide issue that hits the U.S. hard. A previous 5 On Your Side Investigation found a website that's hacked into thousands of cameras online for anyone to see including medical procedures, a naked man, and lots of kids either in schools, in daycares, or in homes.

We found a local victim whose home camera was hacked. "(We) should have been very much more diligent about realizing that (a camera is) a window into your home,” said the man who wanted to remain anonymous.

That site is still up and showing all kinds of things happening live.

Some countries are taking action. Japan is even hacking its own citizens' internet-connected devices to show vulnerabilities.

With so many internet-connected products out there like microwaves, vacuums and even door locks. The experts have said it's time for all of us, not just Beaven, to step up our efforts. “Especially for older people like me. We don't really know what we're doing with this stuff," said Beaven.

We should use protections like multi-layer authentication where a text can tell if it's you in an account. “That's going to help someone from gaining access, even if they did have your credentials,” said Simon.

And pay a lot more attention to our internet-connected products. "People often times think of their technology devices as like a toaster which you buy. You use it for 20 years a then you get another one,” said Hamerstone. “But really, it's a lot more like a car. It requires updates and maintenance and thinking about it and doing things with it."

One of the most important devices to protect is your router. Many of us have changed the password for our WiFi but the router needs a new password to override the default that comes with the device.