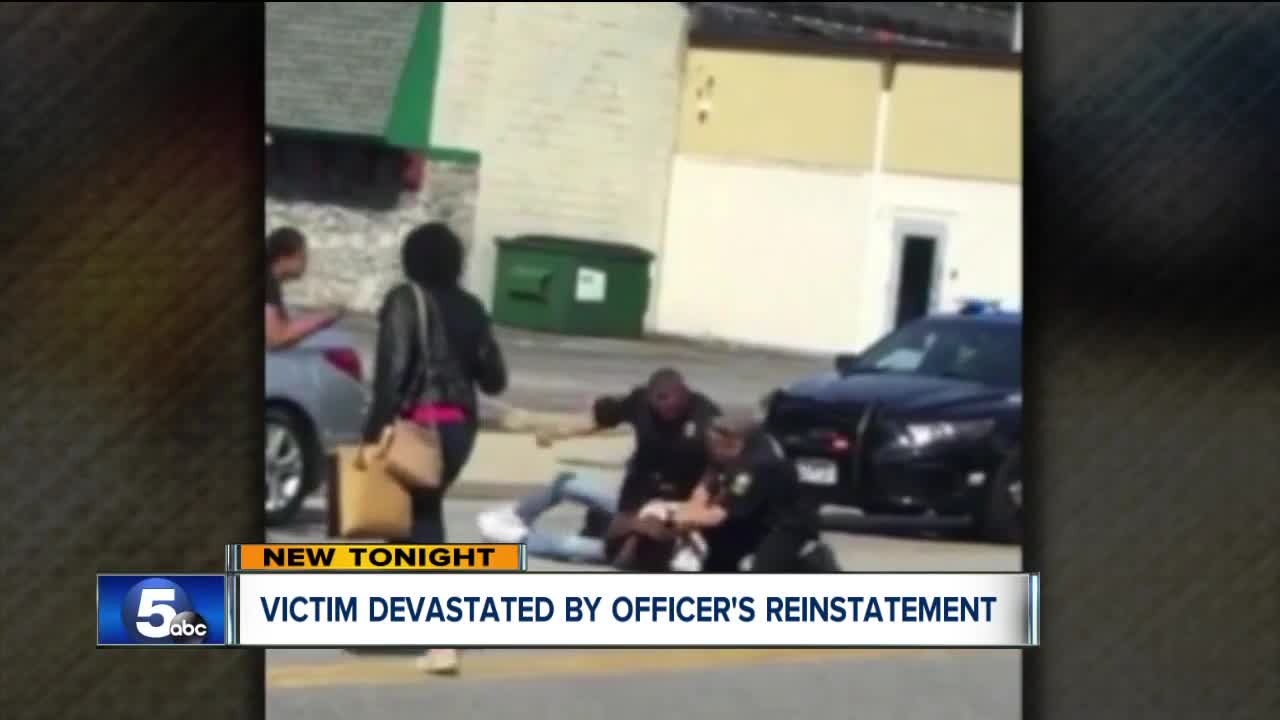 A Euclid Police officer who was fired after a violent arrest went viral in 2017 will be back on the streets, the city’s law department said. 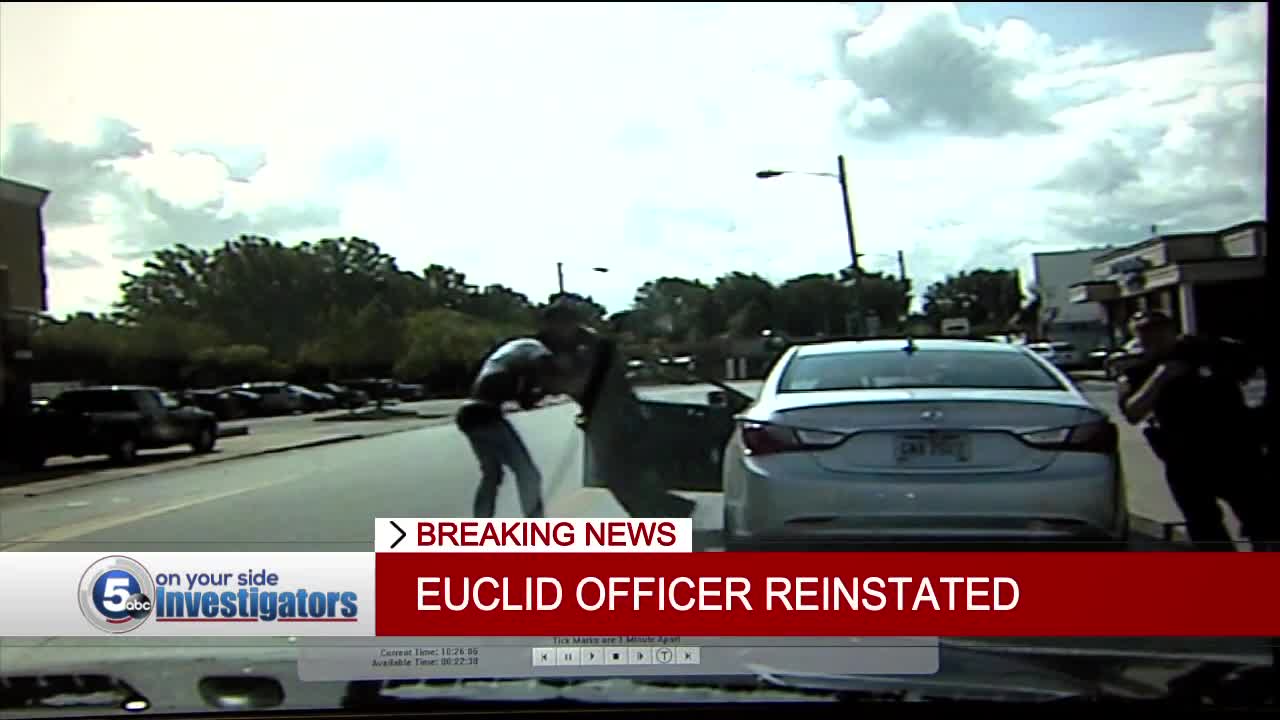 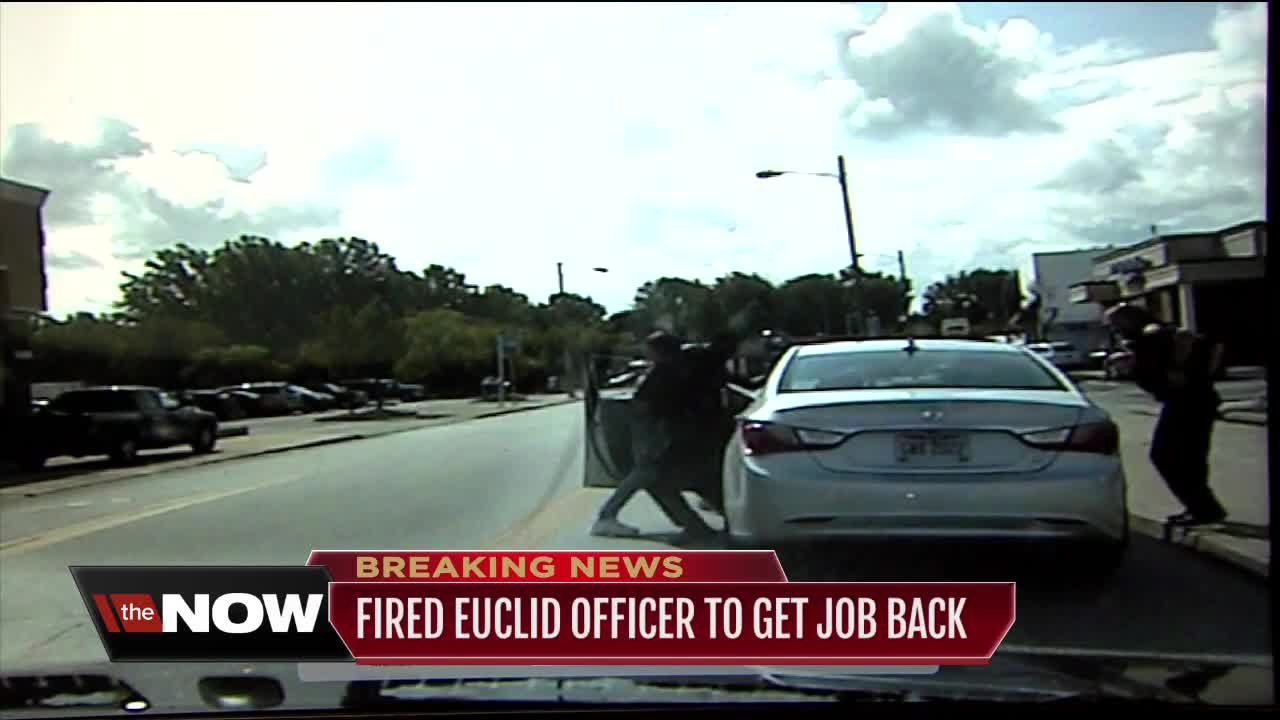 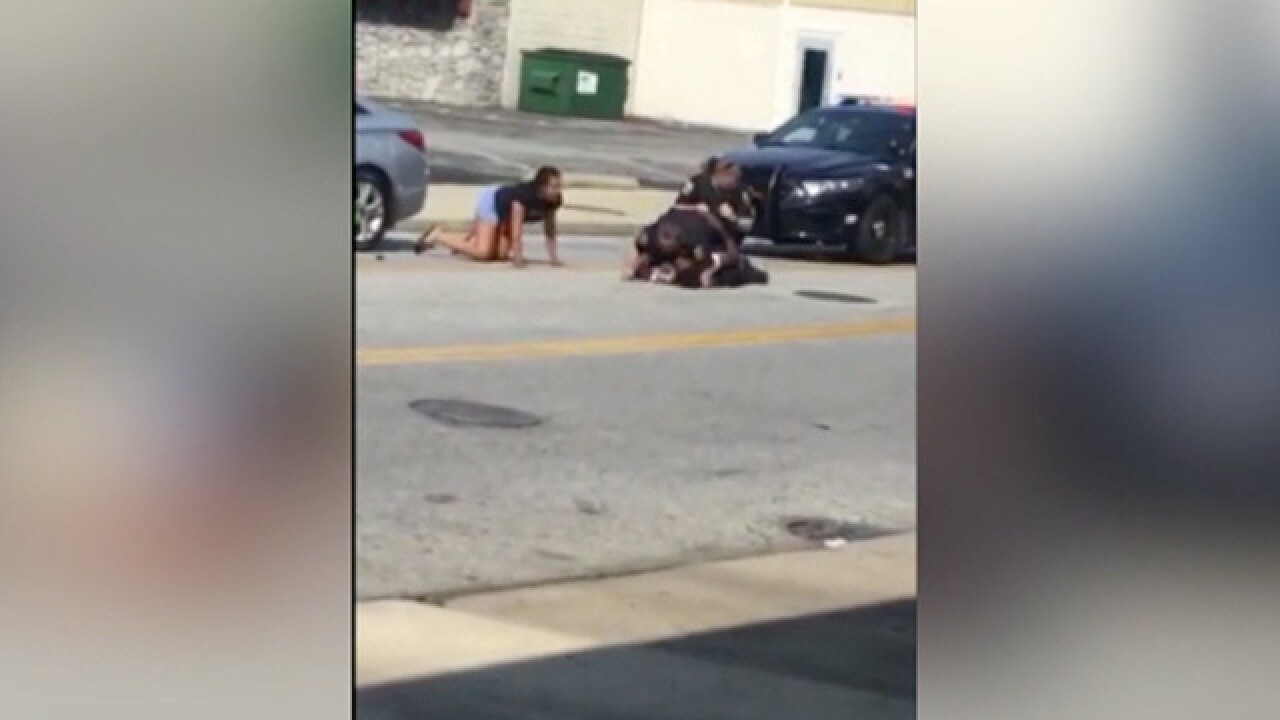 A Euclid Police officer who was fired after a violent arrest went viral in 2017 will be back on the streets, the city’s law department said.

Officer Michael Amiott will get his job back with the Euclid Police Department after an arbitrator ruled in his favor Monday.

Amiott was originally suspended and later fired after a video of him repeatedly punching 25-year-old Richard Hubbard III was posted to Facebook Aug. 12, 2017.

Hubbard was arrested during a traffic stop after officers ordered him out of the car and tried to take him into custody.

The officers at the scene said Hubbard ignored the commands to turn away from officers before a struggle began. Once in custody, Hubbard was charged with driving under suspension and resisting arrest.

Hubbard was later cleared of all charges . He said he did not resist arrest during the incident.

"As of right now, I'm hurt and afraid,” Hubbard said in a news conference days after the incident . “I did not resist arrest. I stay out of trouble and never thought this would happen to me. When the officer told me to get out of the car, I got out of the car.

“Stepping toward me, he told me to face away. I didn't know what that meant at the time but I turned around immediately. When I turned around, I was attacked. I did not resist arrest.”

Euclid Law Director Kelley Sweeney said the decision by arbitrator Gregory Szuter to give Amiott his job back comes with the following conditions:

A review of city records found Amiott has been involved in 17 other incidents involving the use of force since 2016 -- the seventh-highest number of any officer within the police department.

Hubbard's attorney Christopher McNeal told us he is "dumbfounded by the decision" to award Amiott his job back.

Euclid's Fraternal Order of Police released a statement in response to Szuter's ruling:

On October 22, 2018 arbitrator Gregory P. Szuter released his ruling concerning the matter of the FOP Euclid Lodge #18 and the FOP/OLC seeking the reinstatement of Michael Amiott as a Euclid Police Officer.  Mr. Amiott’s employment was terminated one year ago.  In this case, Mr. Szuter found just cause for a 15 day suspension and ordered that Mr. Amiott be reinstated.

We appreciate the Mayor’s respect for the process and taking this, with the union, through the binding arbitration process with a neutral arbitrator.  We expect that Officer Amiott will do his best to serve the community upon his return.

Euclid Mayor Kirsten Holzheimer Gail in a statement said she believed Amiott's original termination was "warranted" and that she's "disappointed" by the arbitrator's decision, but accepts the ruling. Read her full statement below:

On 10/22/18, the City of Euclid and Euclid Fraternal Order of Police Lodge 18 received the Arbitration Decision and Award pertaining to the suspension and termination of Euclid Police Department Patrolman Michael Amiott who was terminated in October 2017.

I believe that Patrolman Amiott’s termination was warranted, but the Union exercised their right to appeal the discipline.  The Arbitrator did not agree with the City’s position and ordered that Patrolman Amiott be reinstated. However, conditions were imposed upon the reinstatement to include: (1) Patrolman Amiott will be assigned to the division determined by the Chief within two weeks; (2) placement with a field training officer who will mentor, monitor and document performance for 60 days; (3) 80 hours training related to force options and human relations that must be completed in 12 months; (4) no side jobs until training is complete; (5) removal from EDGE Tactical Team. I will ensure that Patrolman Amiott is monitored and he is compliant with these conditions.

Policing has to be effective and perceived to be effective by all members of the community. Our goal remains to continuously upgrade and improve the Euclid Police Department. Since Patrolman Amiott’s termination in October 2017, the EPD implemented new programs such as the use of force review committee; enhanced training in areas such as community relations, de-escalation techniques, procedural justice, implicit bias; and increased proactive community engagement efforts.

While I am disappointed by the decision, I respect the arbitration process and accept the ruling. The City of Euclid and the Euclid Police Department remain committed to providing a safe community and to treating all residents justly and with dignity and respect.