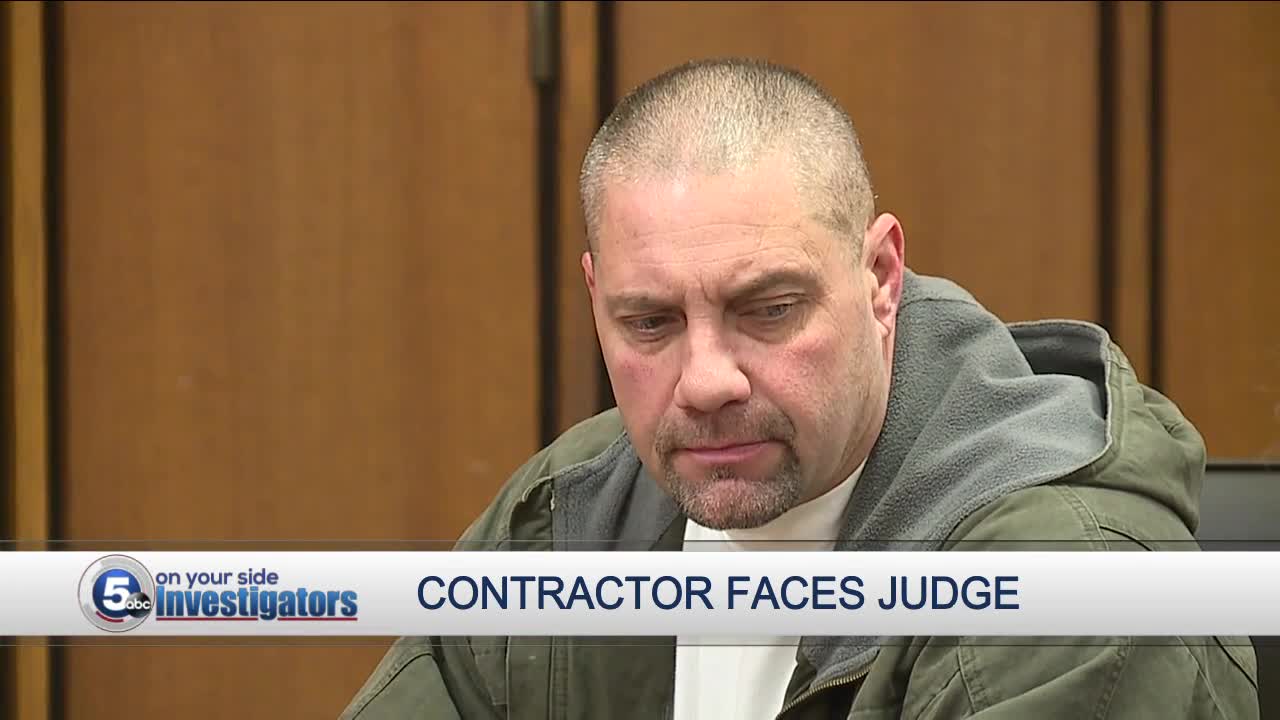 Determination. That's what one senior citizen from University Heights has. Jan Bernstein was ripped off by a contractor, but she didn't let it go. 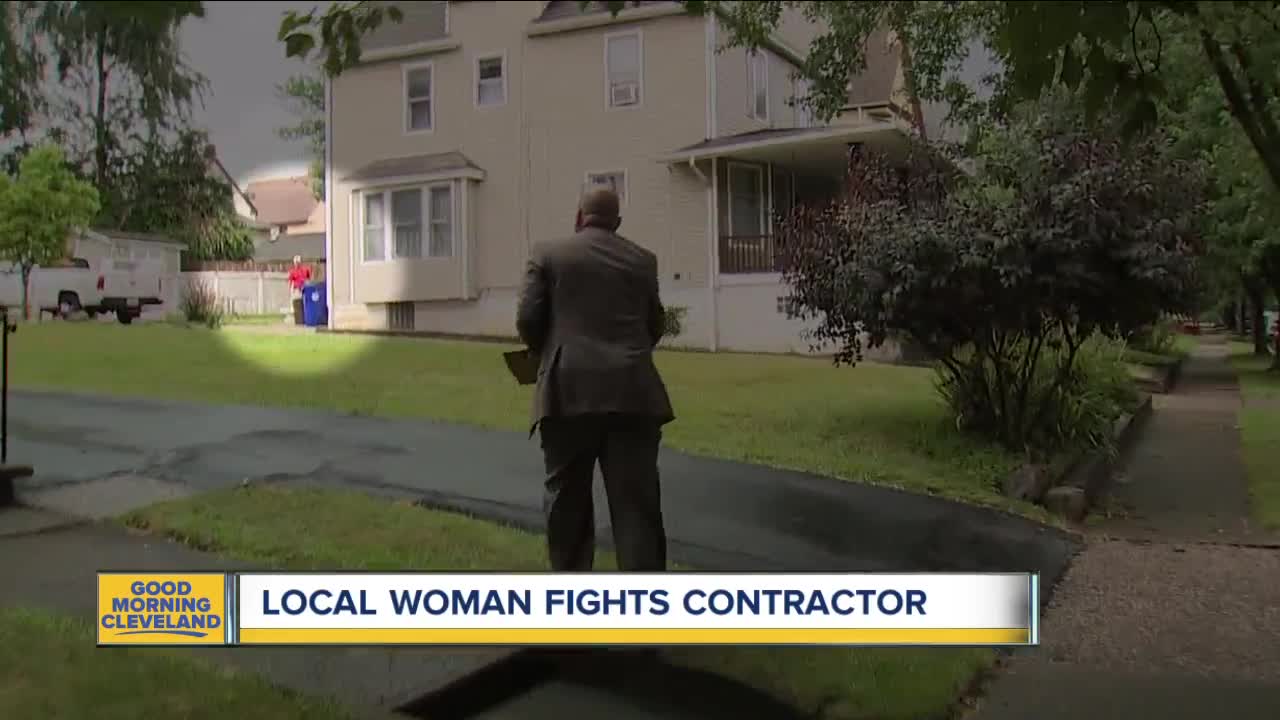 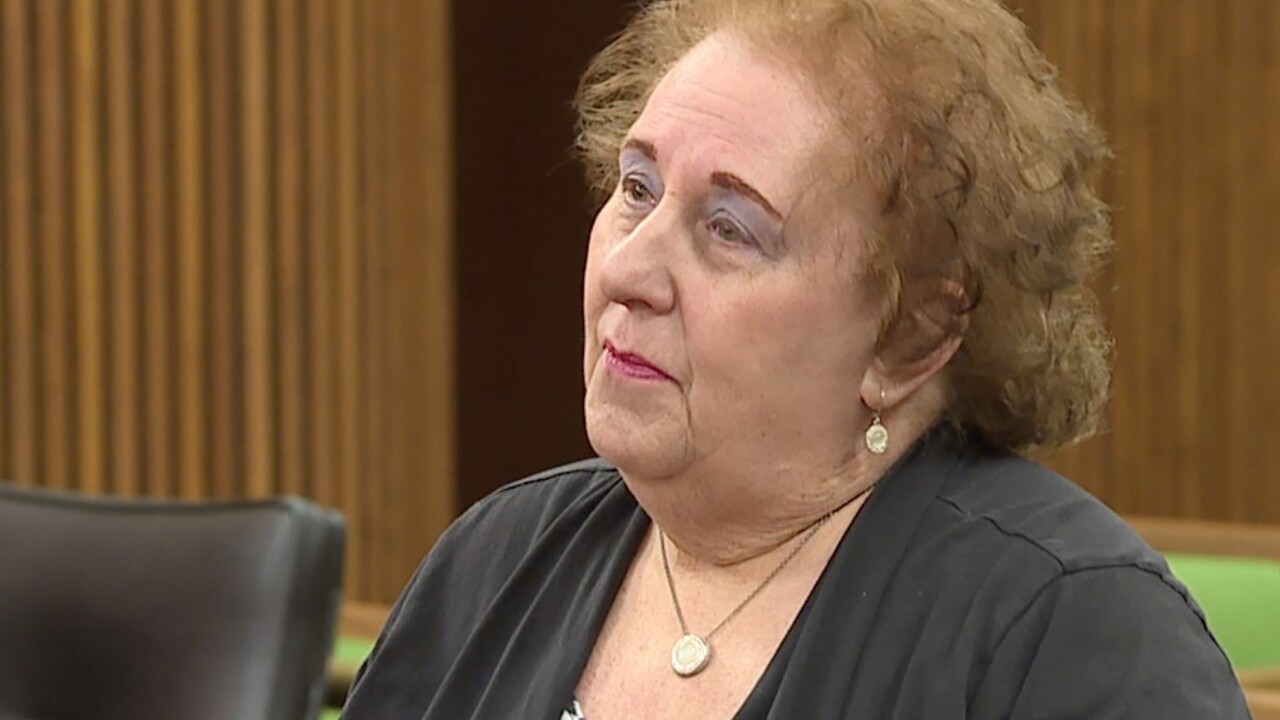 CLEVELAND — One thing Jan Bernstein, a senior citizen from University Heights, has is determination. After she was ripped off by a local contractor named Bill Burke, she never gave up the fight to find justice, and she eventually did.

“I feel like crying every time I pull into my driveway,” said Jan Bernstein during a previous interview we had with her. We reported on her problems with Burke not finishing her back-deck project.

Burke started some work, but then disappeared leaving behind an empty side of the house, wood in the garage, and water collecting around the home that Bernstein had to get rid of. She wanted Burke off the streets.

"Hey, Bill,” we shouted to Burke last summer as we tried to get his side of the story. He didn’t want to talk to us. He went inside his home.

He ran from us that day, but he couldn't outrun the law. And that's why he ended up in a Cuyahoga County Courtroom.

Burke was charged with a felony. He owed Bernstein $4200. Bernstein showed up for the sentencing.

"He's got to be stopped,” she told the judge while standing in the courtroom. “He can't keep doing this to seniors and homeowners."

And apparently to his own children, as well. While we were there for Bernstein's case, he was also being sentenced for tens-of-thousands of dollars in child support he's never paid. His ex-wife Audra Marsich testified.

"You take money from people. You don't pay. It's sad,” said Marsich to the court.

Judge Sheehan was not happy with Burke. "I'm looking at you as a con man,” he said from the bench to Burke.

Burke apologized to everyone and promised to do better.

"I just want to make good on everything that's been said here today,” said Burke.

However, the judge could not overlook Burke's past. "Nine probation violations. Nine! Which means you ignored a judge's order," said Judge Sheehan.

In the end, the judge gave Burke the maximum on all charges. "I'm going to sentence you to 12 months at Lorain Correctional Institution."

The sentences are to run concurrently. They are sentences that put the victims in tears. "(Bernstein) hires you and you take advantage of her,” said the judge.

Bernstein eventually hired someone to finish her project. She spent an additional $10,000.

"What was that money supposed to go to?” we asked her.

“I was saving it for my grandkids, especially my grandson for college tuition,” Bernstein told us.

Both women said they are pleased with the judge's decision to put Burke behind bars.

And what has Bernstein learned from her 14-month ordeal that she wants to share with you? "You go the police…you go to the law department. You go to court. You got to Channel 5. And you just pursue everything. Don't give up,” she told us.

Both of the women said they're not sure if they'll ever see another dime from Burke. Bernstein told us if that's the case, at least she's warned others to stay away from Bill Burke.