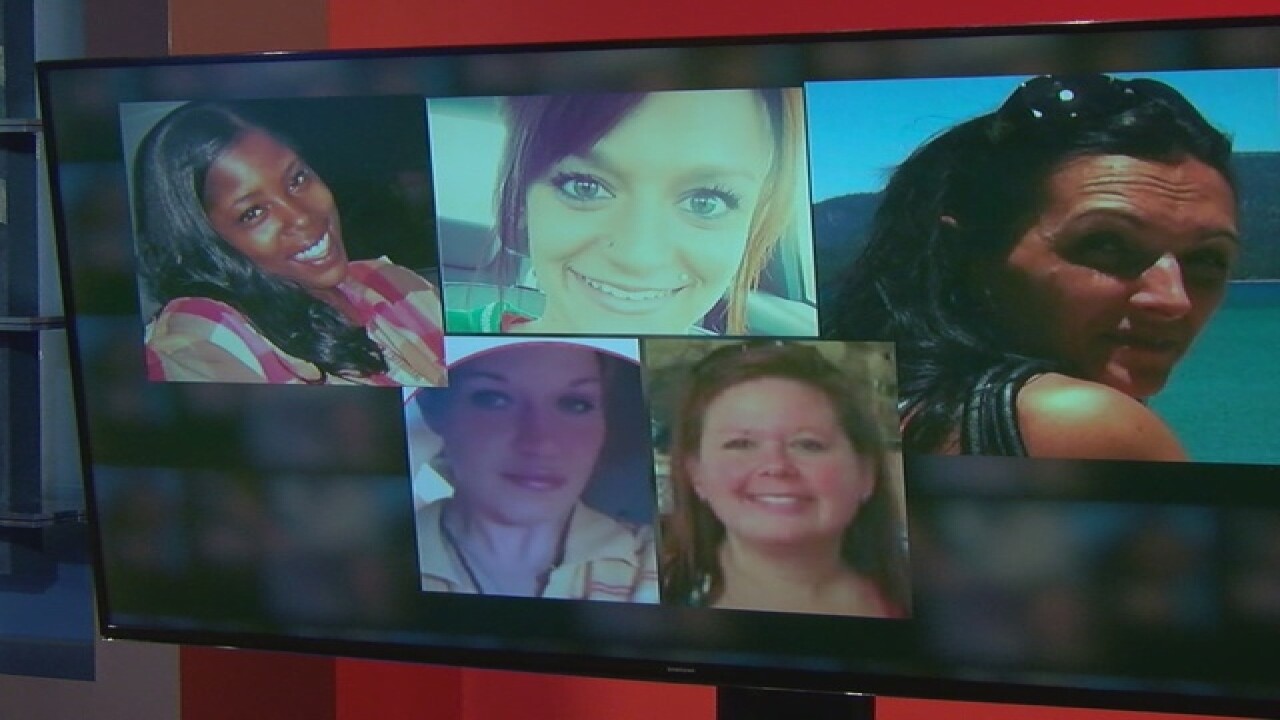 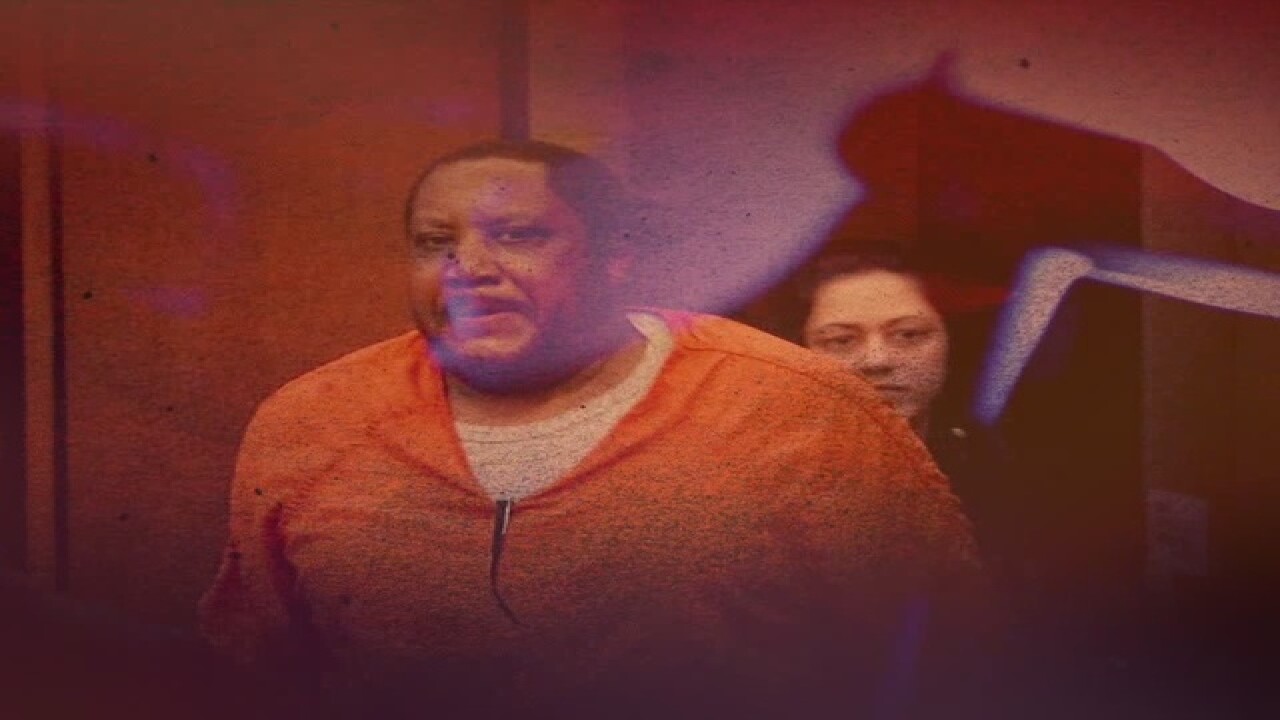 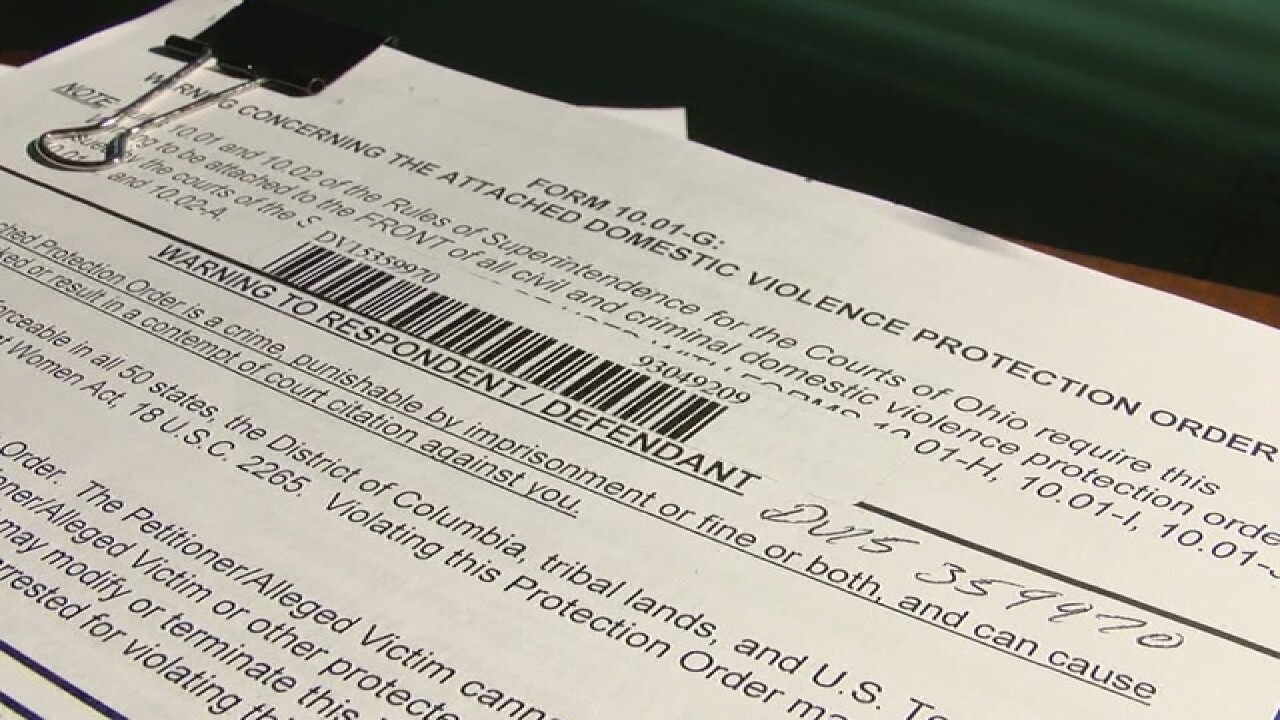 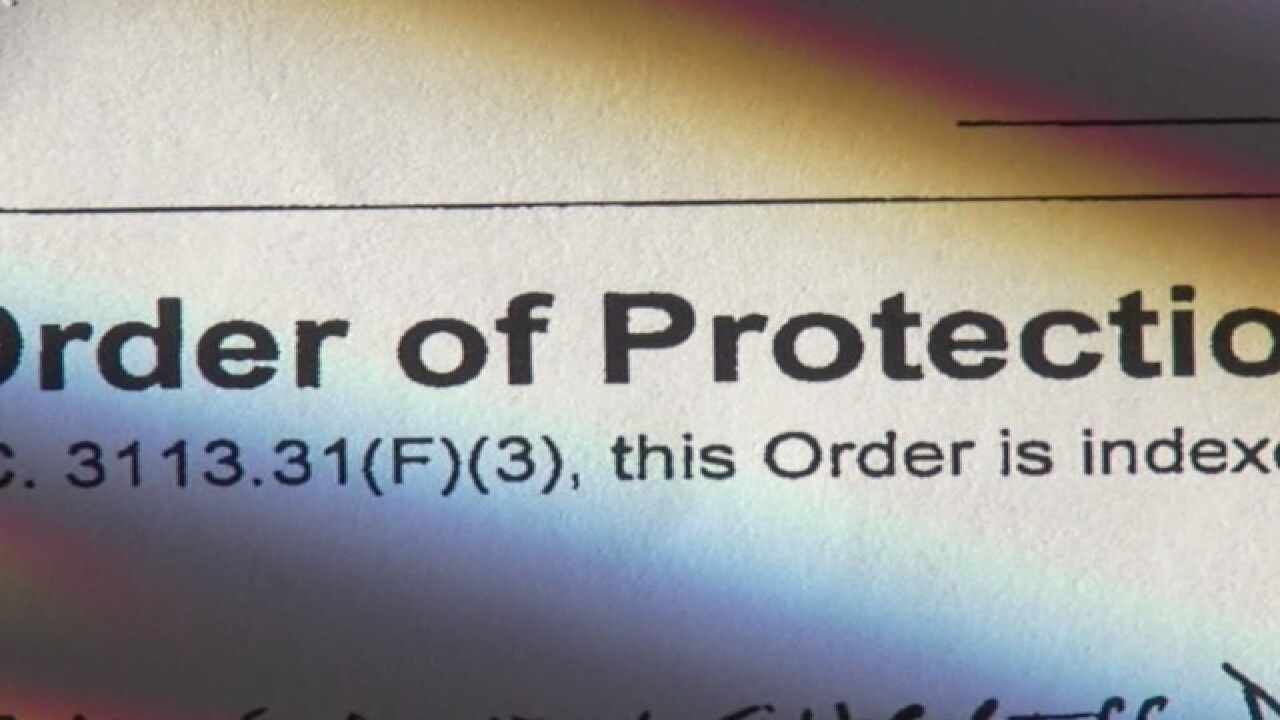 An exclusive 5 On Your Side Investigation has uncovered how Cleveland and Cuyahoga County fail to protect domestic violence victims when they are at the greatest risk of being murdered by their abusers.

Women are 70 times more likely to be murdered in the two weeks after they leave an abusive relationship than at any other time in the relationship, according to the Domestic Violence Intervention Program.

But 5 On Your Side Investigators found serious, systemic flaws result in the orders not being worth the paper they’re printed on.

A temporary protection order is used to ban an abuser from contacting their victim and can also force an abuser to leave their victim’s home.

Most importantly, an abuser can be arrested if they violate the terms of the order.

But our investigation that’s often impossible in Northeast Ohio.

We found the City of Cleveland and Cuyahoga County frequent fail to serve the orders.

Personal Service:  A necessity and a challenge

According to a U.S. Supreme Court ruling, a temporary protection order cannot be enforced until the subject of the order is served in person.

In other words, until the order is placed in an abuser’s hands, it is just a piece of paper.

Since 2010, Earley has overseen domestic violence cases in the City of Cleveland.

She does her best to monitor abusers every move and to hold them accountable if they fail to follow through on their promises to her and the court.

“I believe there is always more that can be done,” she said.

In Cleveland,  No One Serves Temporary Protection Orders

Our investigative team reviewed every temporary protection order issued between January 2015 and March 2016.

When we asked why, we learned, in the City of Cleveland, there is no assigned to track down the abusers.

“What we've said, in essence, to the person requesting a protection order, is 'We can't help you',” she said.

In Cuyahoga County, a flawed process

In Cuyahoga County, there is a process for serving temporary protection orders.

After a magistrate issues the order, it is stamped by the clerk of courts, and sent to the sheriff’s department where four deputies are assigned to find the abusers.

But our investigation revealed deputies rarely locate the abusers as quickly as they are supposed to.

More troubling, we found deputies fail to find the majority of abusers.

We reviewed thousands of requests for service sent to the sheriff’s department between August 1, 2013 and December 31, 2015 and found deputies failed to serve 61% of temporary protection orders.

“I can't say I know of a time that they've been served by the end of the day when they have been filed here at court,” she said.

“If there's not a good address; if they (deputies) can't find it; if they're short-staffed at the sheriff's department; or if a respondent is just simply avoiding service, then those all create major problems in getting that paperwork into your hands,” she said.

For example, it took weeks to find James O. Morgan.

The mother of his triplets obtained an order after he threatened to “beat and “kill her.” She told the court she was living in “constant fear.”

His girlfriend petitioned the court for an order after the convicted felon slashed her car tires, slapped her, and told her, “He will do what he wants.  No one will stop him.”

“We have to work within our ability, what we need do. We can't just start kicking in doors and doing things like that,” said Capt. Rich Peters during an interview with NewsChannel5 Investigators.

Peters oversees the four deputies assigned to serve the orders.

Peters blamed another legal loophole for the department’s failure to serve most of the orders.

Deputies cannot forcibly enter a residence to serve an order. Abusers can hide by simply locking their doors.

When asked if it would help to assign more deputies, Peters said, “I guess you can say this. If someone doesn't want to be found, if you had eight people, four people, um, the same problem occurs. If that person's in their home, how is going to change the outcome of the event?"

During our interview, Peters said the abuser victims petitioning courts for temporary protection orders need to do more to help deputies locate their abusers.

“One thing I would suggest is someone who is getting a tpo and then gets it approved through a judge is provide the most detailed information you can for us to help us locate the person,” he said.

“I think the best way we can move forward is, is educating the public, including those petitioners and try to explain to them please provide the most accurate, valid, real time information you can so we can do our job successfully and make service successful,” he said.

When asked if the department’s success rate was good enough, he responded, “Absolutely.”

Gray was not going to accept her rejection.

As her family prepared to watch a Cavs game on the night of Oct. 30, 2014, Gray showed up at Garth’s Cleveland home with a gun.

He then turned the gun on Garth’s daughter, Davia, 12, when she attempted to intervene.

A single bullet hit her torso and killed her.

Gray was sentenced to life in prison in 2015.

Over the years of their tumultuous relationship, Garth said Gray would simply ignore court orders to stay away from her.

“The first thing they'll say is, ‘I didn't get nothing. I didn't know I had this on me’,’ said Garth.

She has no regrets she did not ask for a temporary protection order in the months before her daughter’s death.

“He was going to get me anyway,” she said.

In spite of the serious and systemic flaws uncovered by 5 On Your Side Investigators, domestic violence experts strongly recommend abuse victims still seek temporary protection orders.

Even if the order hasn’t been served, law enforcement officers can still force an abuser to leave their victim’s property or residence.

“It also can be a powerful tool to keep somebody safe,” said Christofferson.