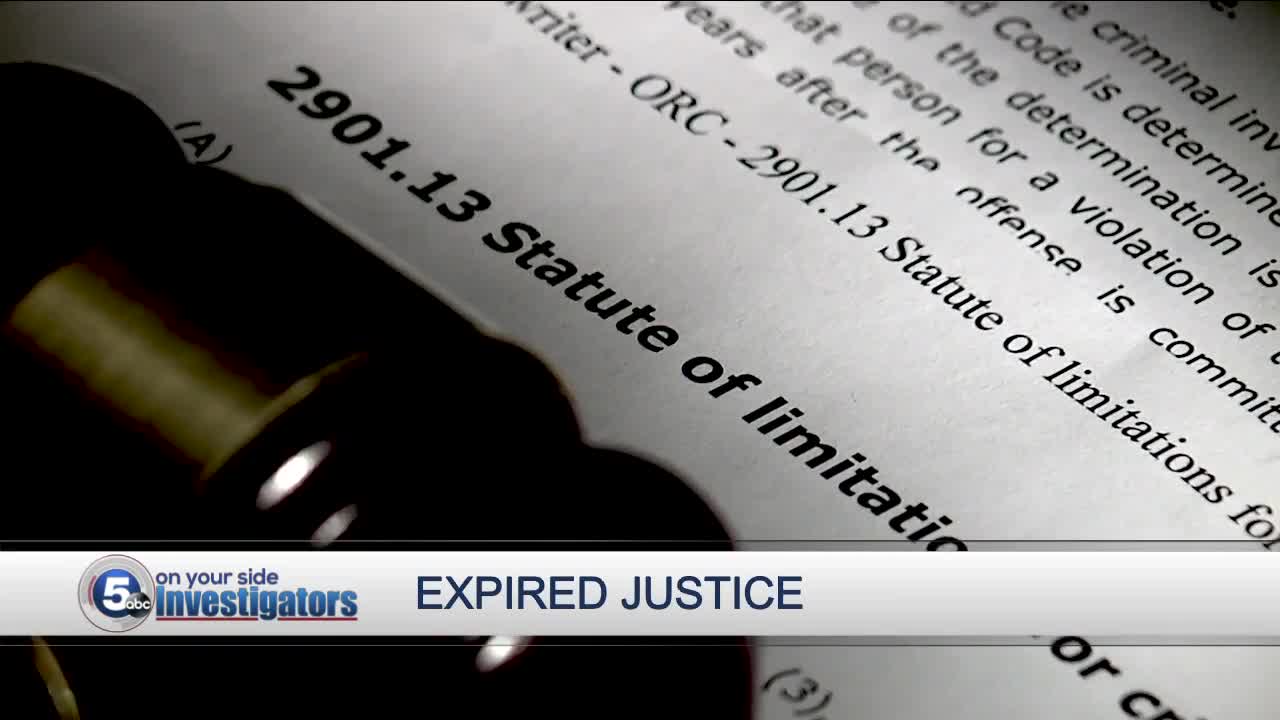 A state lawmaker is calling for an end to the state's statue of limitations.

MENTOR-ON-THE-LAKE, Ohio — A state lawmaker is calling for an end to the state's statute of limitations for rape and childhood sexual abuse.

Last fall, News 5 revealed there are more than 60 DNA hits from rape kits in cases that can never be prosecuted because of Ohio's current statute of limitations.

Mary Ellen Bryan was attacked by a stranger in her home close to 30 years ago.

Despite DNA evidence, her rapist can never be prosecuted because of the current law.

"It punishes the victims. It's another assault on us. We don't get, you know, what we deserve," Bryan said.

Some democratic lawmakers have already introduced legislation to abolish the statue.

But after Rogers saw the bill languishing in committee, he decided to introduce a more streamlined proposal.

His bill will also make it easier for childhood sexual abuse victims to seek justice by allowing them to sue their abusers in civil court until they reach the age of 55.