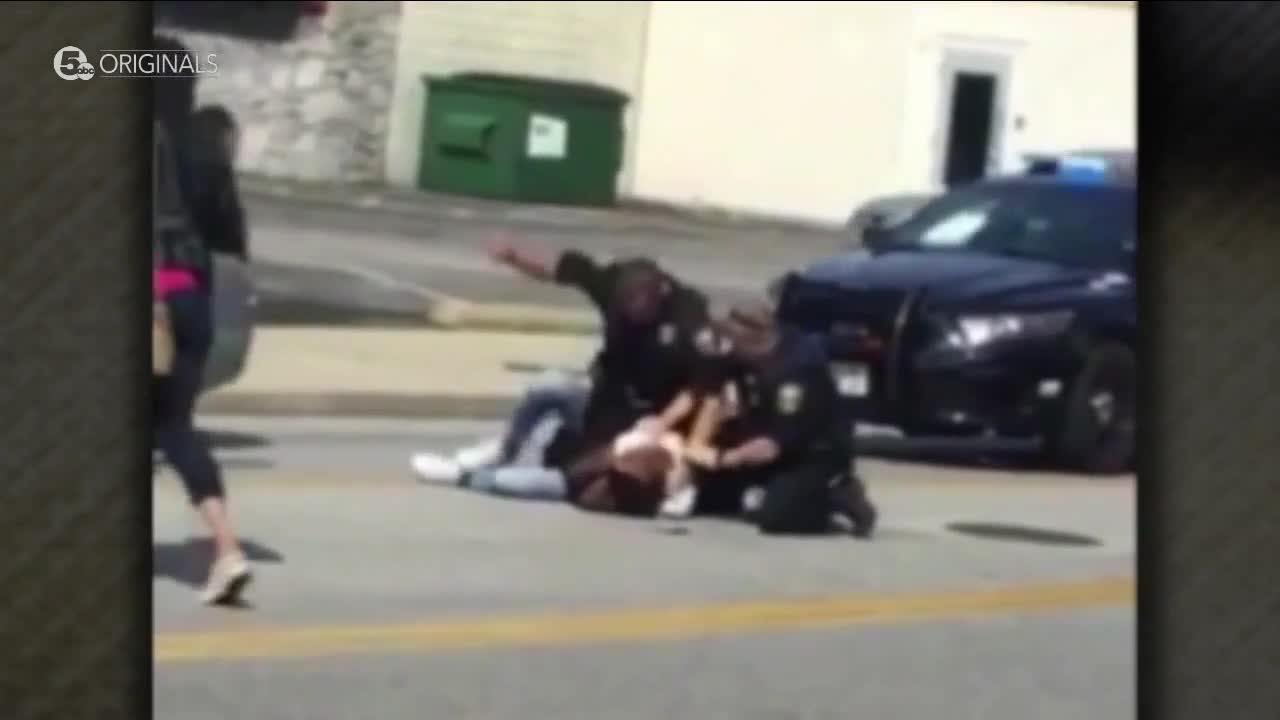 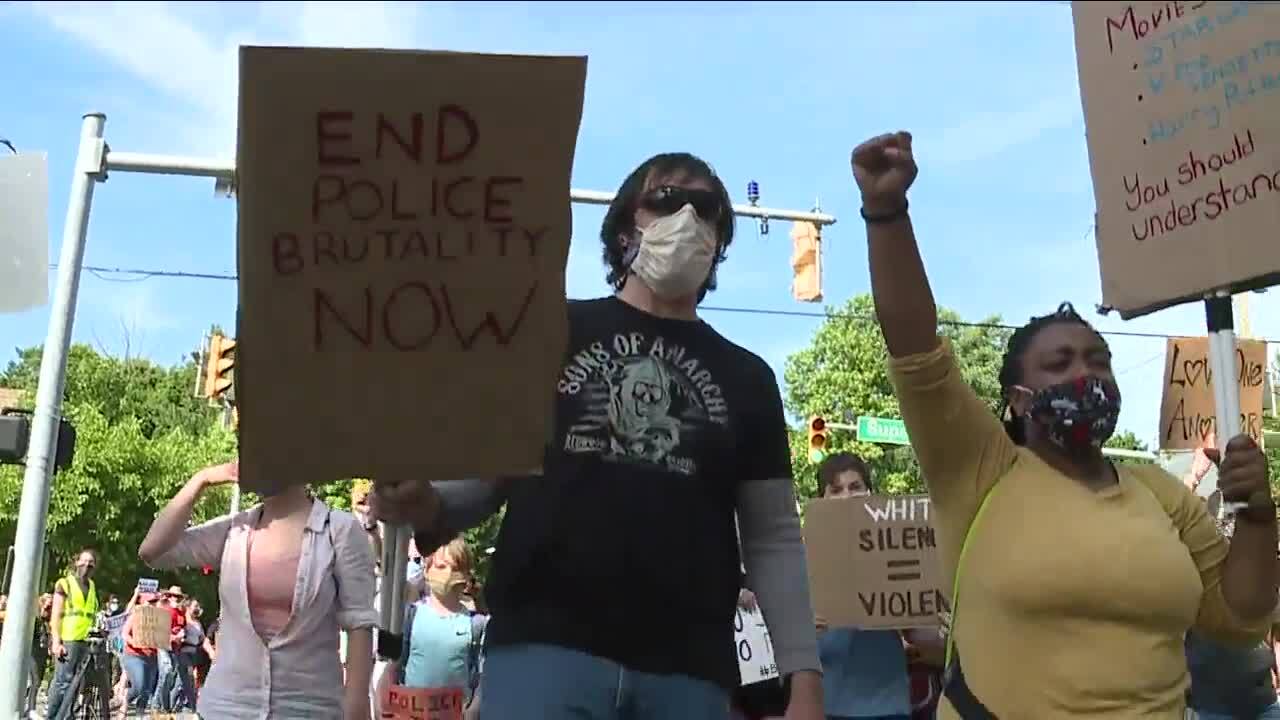 On March 27, 2017, Shajuan Gray was getting ready for company to join her for dinner.

"I’m in the shower and I hear this banging at my door," she said.

She grabbed a bath wrap and went to her front door. On the other side was Euclid police officer James Aoki.

She said Officer Aoki told her the music she was playing was too loud. Gray said she immediately agreed to turn it down.

Then, she noticed Aoki was using his foot to hold her door open.

"That’s when he just took that foot and kicked into my apartment and handcuffed me and slung me around," she said.

She said the force caused her bath wrap to slide down, exposing her breasts. He then dragged her out of her apartment.

Aoki wasn’t wearing a body camera. Other Euclid officers who showed up at her apartment captured bodycam video.

In one, Gray can be seen being led downstairs from her apartment. She begs to be allowed to get dressed.

“Can I put some clothes on?" she said. "This is man is arresting me for my music because I wouldn’t give him my name."

She said the other officers did nothing to stop Aoki or help her.

"They failed me. They failed as a citizen. Failed me as a human being," she said.

Shajuan’s story is just one of many incidents News 5 has told you since 2012 that have revealed serious concerns about how police practices and how officers treat black citizens.

For example, on November 29, 2012, Cleveland police officers fired 137 bullets into the car carrying Malissa Williams and Timothy Russell after a high-speed chase. The pair was unarmed.

Only after George Floyd’s death in Minneapolis sparked nationwide protests, including in Columbus and Cleveland, did Ohio Governor DeWine unveil an ambitious proposal for statewide police reform.

During a news conference in June, Gov. DeWine said reforms will improve accountability, transparency and training.

"We’ll be able to identify situations that most often lead to force so we can offer de-escalation training to the scenarios that we find the most common."

Besides an additional six-hours of training on de-escalation and implicit bias, DeWine has also proposed the following:

"We need to make sure that the tools are in place to allow a profession to regulate itself as a profession, as we do with doctors or lawyers or anyone else," said Andy Wilson, senior adviser on criminal justice policy for Gov. DeWine.

Despite challenges created by the coronavirus, Wilson is confident proposed reforms will be put into place soon.

"Now is the time to move the needle in this area," he said. "A lot of the stuff we’re talking about is stuff we had been talking about for a while with respect to the way they (law enforcement) do business," he said.

If you’re going to introduce a plan for the state of Ohio, then you should have done that based on region because what’s happening in Cuyahoga might not be happening in Pickaway, said LaToya Logan. Since 2016, the social worker is a member of the Cleveland Community Police Commission, which was created under the consent decree to improve the relationship between citizens and police officers.

When asked how she would describe Cleveland's progress under the consent decree, Logan said, "Slow. Slow. Stifled. And certainly not enough."

Take what happened last week. An audit released by the federal monitoring team found the city ‘out of compliance’ after the team found newly-retired Safety Director Michael McGrath was too lenient disciplining officers guilty of serious violations.

There was just one problem. That wasn't true.

When asked about her reaction to the audit, Logan said, "Frankly. Duh. We've known that for some time."

On top of that, Logan said city leadership has failed to embraced reforms.

She said Mayor Frank Jackson, McGrath and most city council members have never attended a single community police commission meeting, even though Jackson has said he is the one who initially called the U.S. Department of Justice for assistance.

"It’s one thing to bring it here, it’s another thing to be invested in the process," she said. "I think it sends a message to the city of Cleveland that our opinion is not so important, that they will handle it their way."

Shajuan has seen similar patterns play out in Euclid.

Even though she was acquitted of charges Aoki filed against her, and the city settled a federal civil rights lawsuit she filed for $125,000, Aoki was never disciplined and remains on the street.

Even more surprising was the letter she received from Chief of Police Scott Meyer.

The incident still leaves her depressed some days, but she said she’s determined to keep sharing her story to shed light on problems with police.

"It plays a part in my life. I’m going to deal with this for the rest of my life, but I will not let it defeat me," she said.