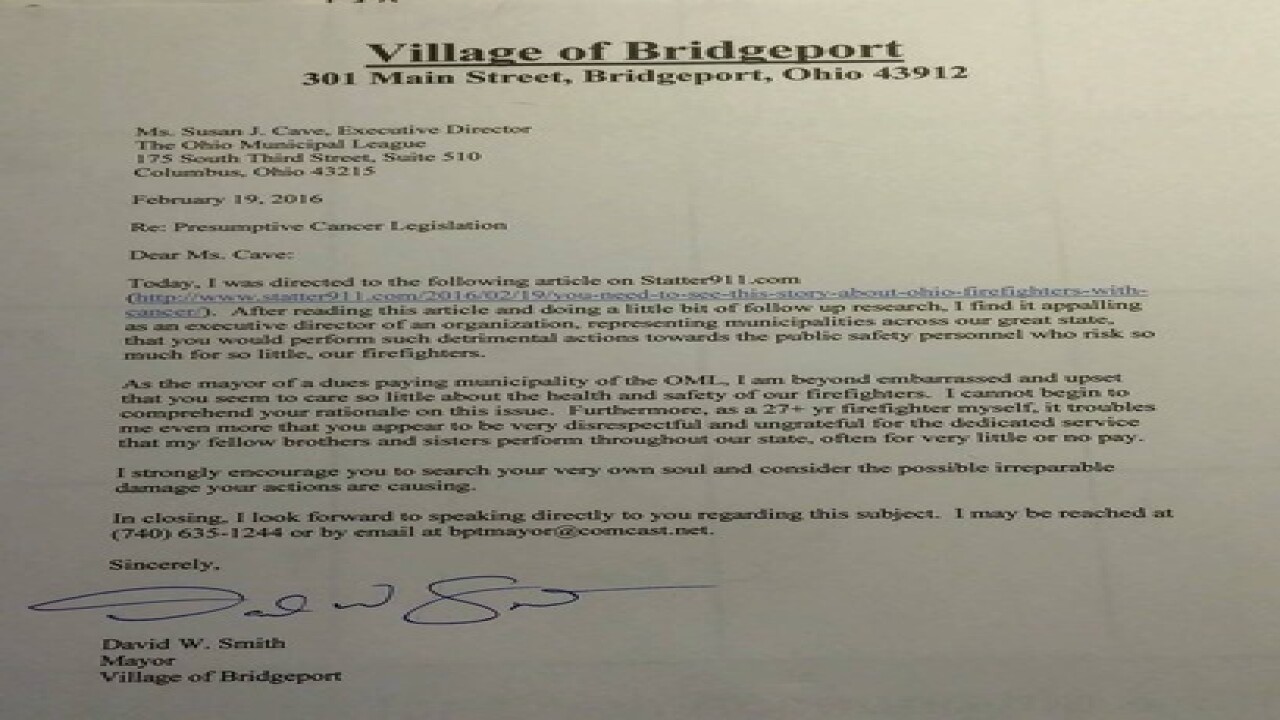 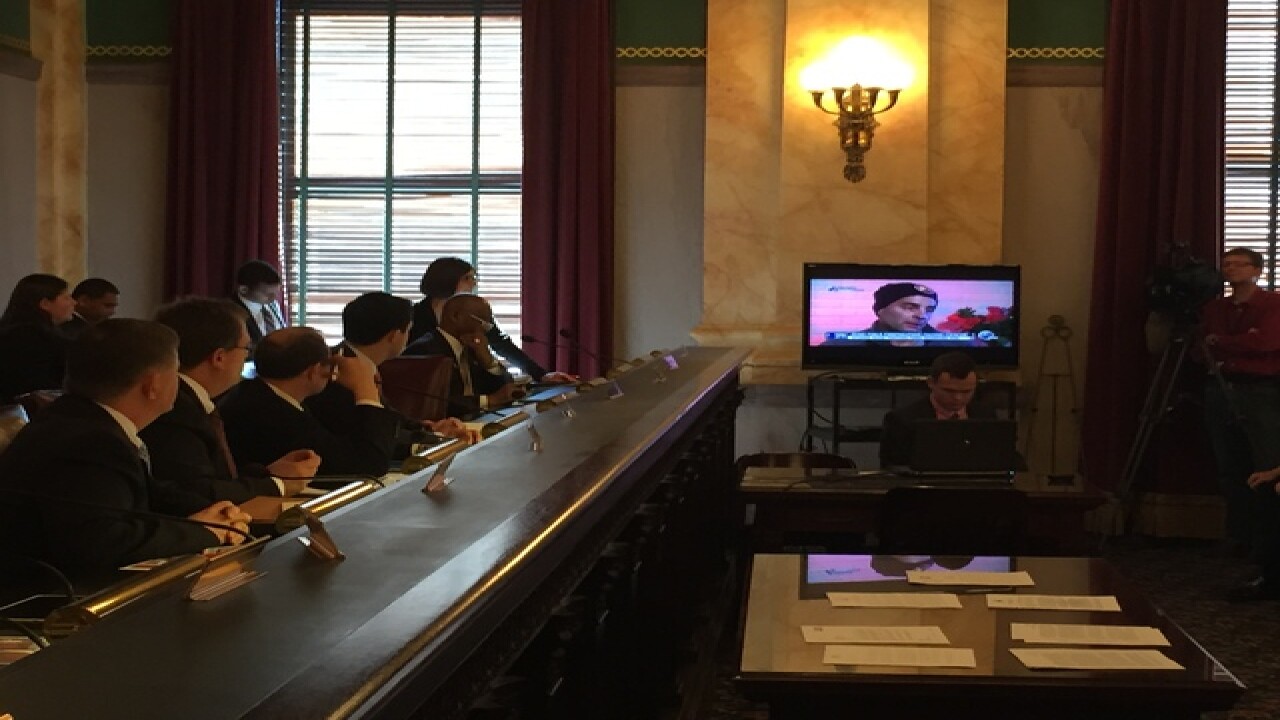 The Ohio Senate Insurance Committee held a hearing on Tuesday about legislation to create presumptive cancer legislation for firefighters.

During the hearing, committee members viewed our exclusive 5 On Your Side Investigation about Ohio's failure to pass the law to help firefighters affected by cancer.

NewsChannel5 investigators found Ohio is one of just sixteen states without a law recognizing the link between fighting fires and cancer.

We also found numerous scientific studies linking the occupation to the deadly disease.

“There’s no other disabling injury that someone in Ohio will receive while working that we don’t take care of,” he said.

His bill would grant firefighters workers' compensation benefits if they are diagnosed with a cancer proven to be linked to their occupation.

The benefits would include money for medical costs and survivor benefits for their dependents.

The latest version of the bill was introduced in February 2015.

The insurance committee is expected to finally schedule the bill for a vote next month.

In the meantime, David Smith, the mayor of Bridgeport, Ohio, immediately fired off an angry letter to the Ohio Municipal League after watching our investigation.

In the letter, Smith said he is "embarrassed and upset" by how Executive Director Susan Cave reacted to NewsChannel5 Investigator Sarah Buduson's questions about the presumptive cancer law for firefighters.

The lobbying group is funded by Ohio cities and towns.

It has used your tax dollars to oppose the presumptive cancer law  for firefighters for years.

When Buduson asked Cave why the Ohio Municipal League continued to oppose the legislation, she said, “One of the things we hear is it’s going to cost a good bit of money. . .  we got that from the workers compensation bureau so that was one of the things we based our opposition on,” she said.

When we followed up by asking, "Aren't we obligated to pay the bills?", Cave replied, "You know, you're being obnoxious about all this."


Smith said Cave showed a lack of appreciation for the sacrifices firefighters make to protect the public.

"I found it offensive as a mayor of a village who  pays dues to this organization that this lady would take such detrimental actions and not look out for the health, safety. and welfare of our fellow firefighters," said Smith during a phone interview Tuesday.

You may think flames are the most significant danger firefighters face as a result of their occupation.

You would be wrong.

The most significant study was done by the National Institute for Occupational Safety and Health, a part of the CDC, in 2013.

Dr. Tom Hales was on the team that analyzed 60 years of data from more than 30,000 firefighters.

"There is an association between firefighting and cancer and that association does appear to be causal,” said Hales.

NewsChannel5 Investigators will continue to cover developments related to this story.

Watch NewsChannel5 at 11 p.m. for more on Smith's letter and to see emotional testimony from today's Ohio Senate hearing.