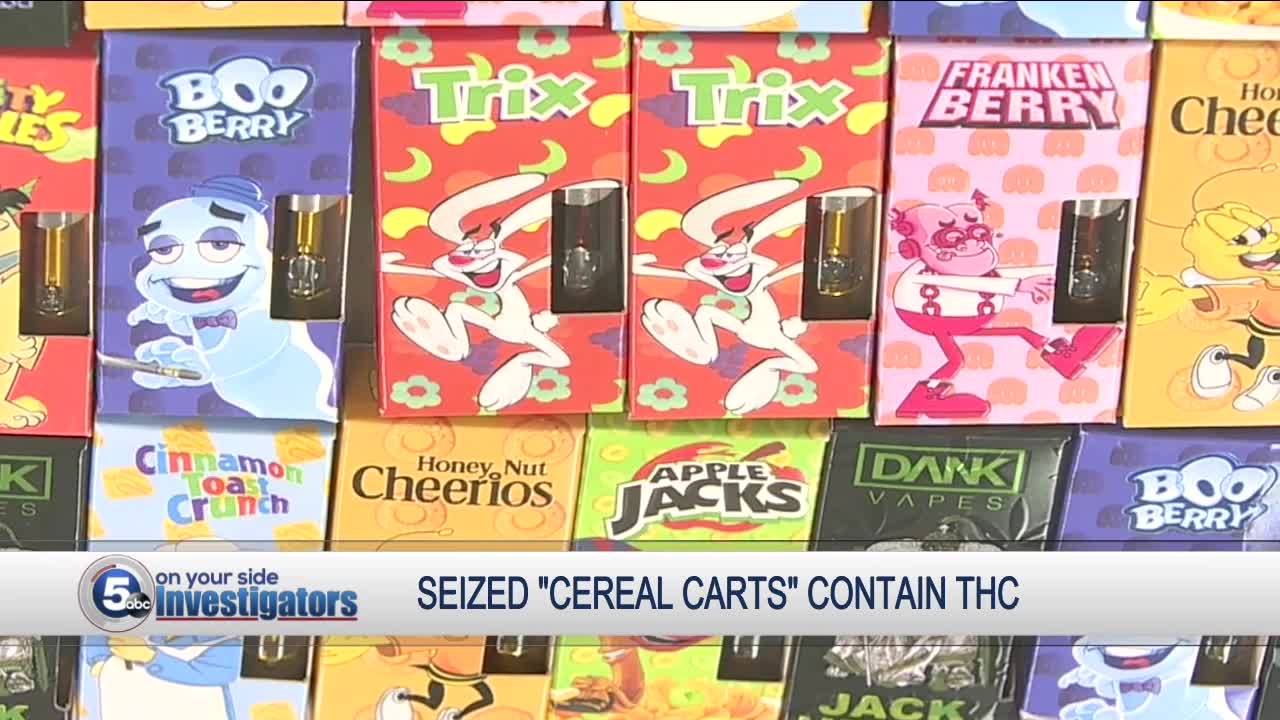 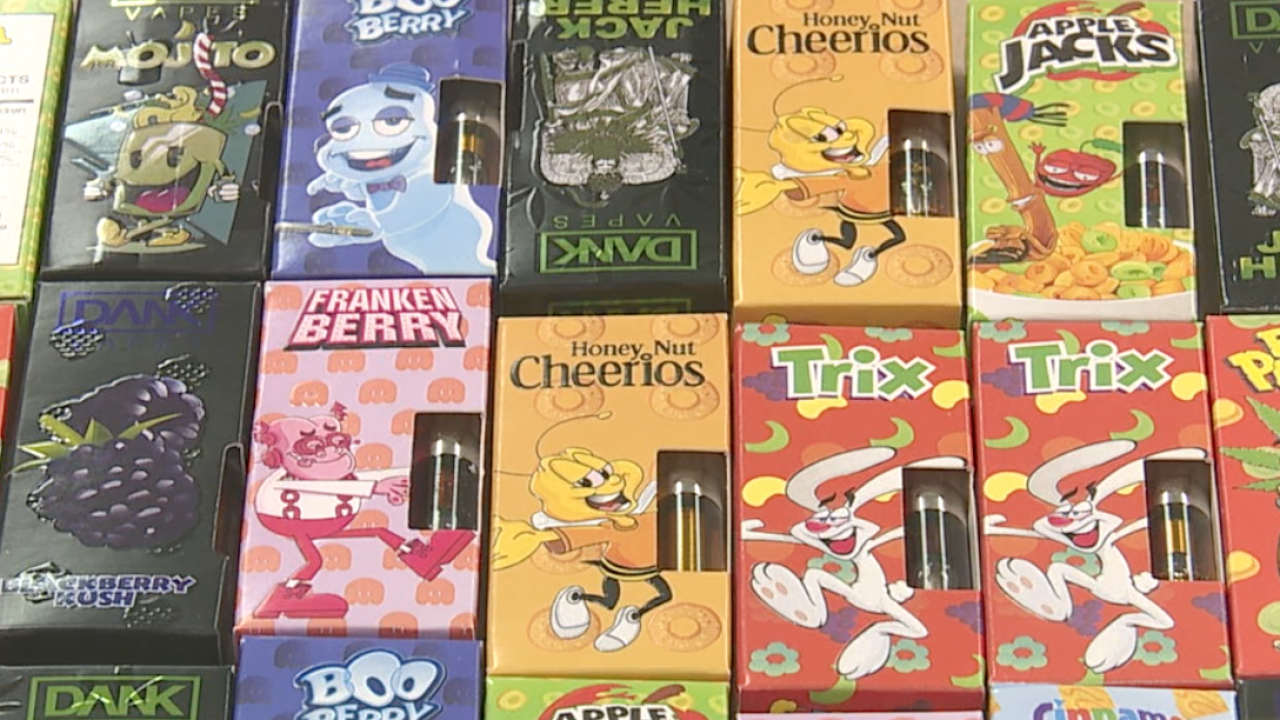 RICHFIELD, Ohio — They look like your favorite breakfast cereal, but inside they contain something more dangerous than a sugar rush.

Ohio Attorney General Dave Yost took 5 On Your Side Investigators inside the state’s crime lab to warn parents about a new twist on an old drug.

Tests shows the liquid inside the cartridges is filled with a potent form of THC, the active ingredient in marijuana.

“It’s scary stuff,” said Yost. “This is your local drug dealer taking a page out of Big Tobacco playbook and Joe Camel.”

"You don't know what's in these cartridges,” he said. “It could be THC. It could be a lot of THC.”

"If it sounds like I'm trying to alarm parents, I am," he said.

“Vaping is very, very mainstream for teenagers and younger kids right now,” she said. “It’s a completely common occurrence in teenagers and in middle schoolers … as well as college kids and older.”

Dr. Rome said inhaling the liquid from the cartridges, whether it contains nicotine or THC, comes with health risks.

“We would love no young person using any of these cartridges," Rome said. "We would love young people not using marijuana to self-medicate."

“Marijuana is not designed for young people's brains,” said Rome.

“The brain’s not done developing yet,” she said. “We know that brains develop all the way from birth until age 26.”

“It's accelerating,” he said. “It started off with, we would just find a few of these cartridges and there were a few cases, [now] we've got over 300 of these cases already that we have tested, and we've got more than 1,000 in the pipeline. This is a big deal.”

The cartridges are also easy to conceal from law enforcement and parents.

The THC vape cartridges not only look like your favorite breakfast cereal, the liquid inside the cartridges tastes and smells like the cereals too. Your child could be vaping pot in plain sight without any telltale smell.

"If you see this stuff in your kid's bedroom, you need to act,” said Yost.

Talking to your teen

So how should parents talk to their teens about vaping and THC?

Rome suggested opening a dialogue and inviting questions, rather than lecturing your children, about the dangers of drugs.

She also said listening and responding, in a rational way, to what your child tells you helps to begin “in a healthy place.”

“Ask first, ‘What do you think about this?’,” she said. “Get your kids talking first.”

“Then, it’s fair game, especially when invited to say, ‘Boy, I believe this’,” said Dr. Rome. “We know that kids who have parents who are explicitly having a conversation are less likely to have kids misusing when the kids have no idea what the parents think or believe."

She also said parents should begin having age-appropriate conversations with their children early and often.

“Prevention works best when the kid hasn’t experimented already,” said Dr. Rome. “There’s no such thing as too young.”