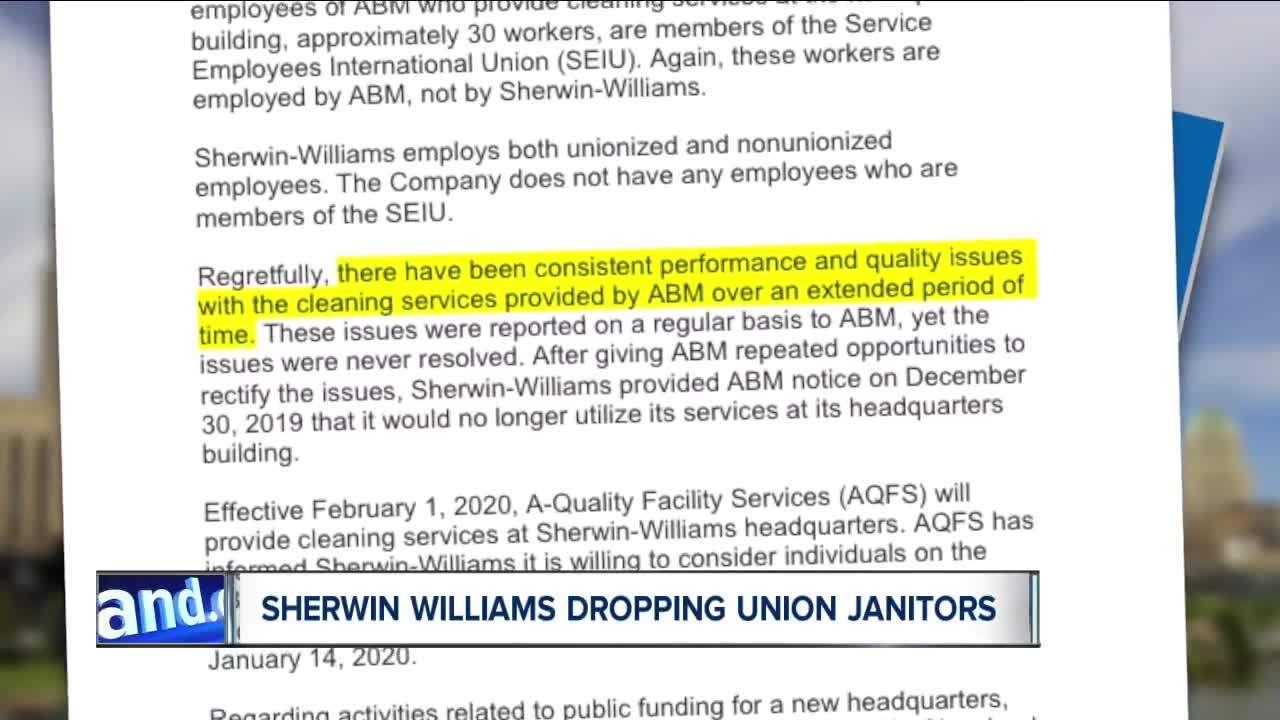 While Sherwin Williams has not announced an official decision on the next headquarters, 30 janitorial workers were laid off when the company decided to drop union service members in favor of non-union janitorial staff. 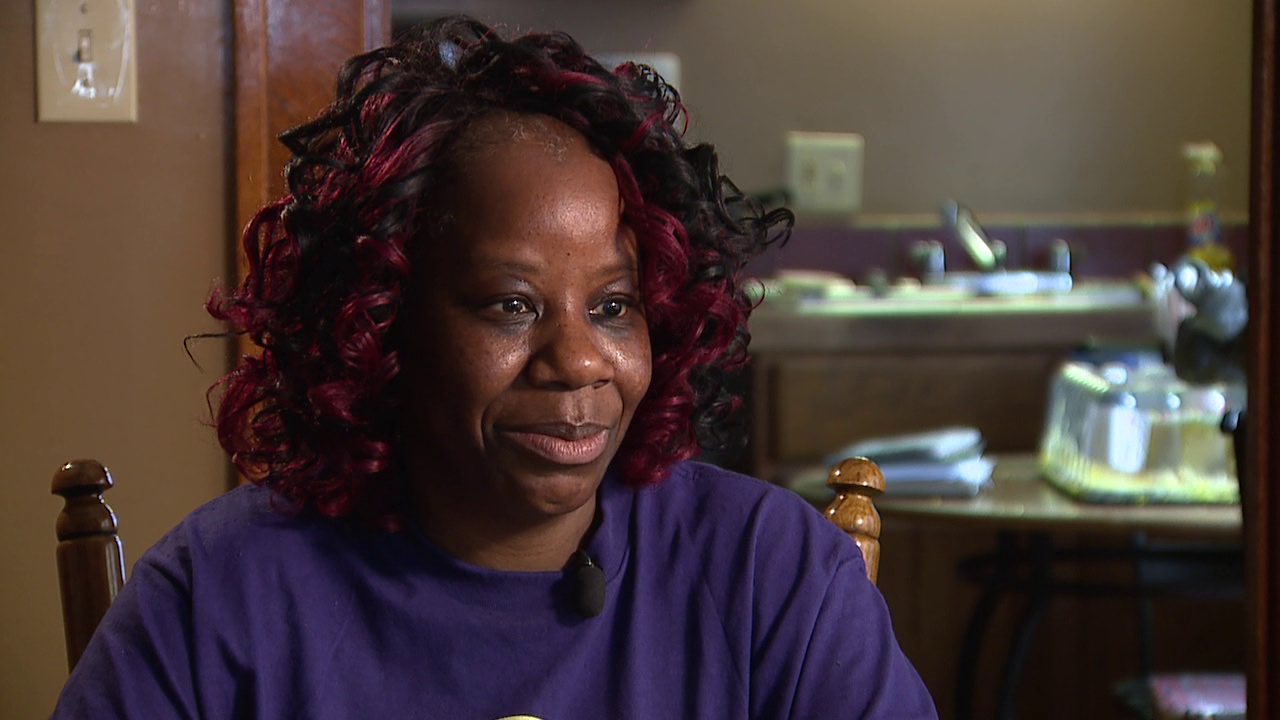 CLEVELAND — No decision has been made yet on an official headquarters for Sherwin Williams. That’s the word from the company on Tuesday as city and county leaders say it is a top priority to keep the company in Cleveland.

But one group says they will be out of work at the global headquarters soon — janitorial services.

Terrie Eddy has been a janitor at Sherwin Williams’ headquarters in downtown Cleveland for 16 years. But in 10 days, she will be out of a job.

“It was really shocking,” Eddy said. “My heart stopped beating.”

Eddy is among roughly 30 union janitorial workers who received notice on December 30 that the paint company would be dropping union service members in favor of non-union janitors.

“It’s not just 30 workers, it is 30 human beings that have rent to pay, and children to take care of, and groceries to buy and car notes and mortgages. just like you do,” said Yanela Sims, director of Ohio SEIU Local 1, the union that represents the workers.

Sims said the cuts are not fair — and in the past, the building has changed contractors before, but workers were never affected.

“So it is concerning to me, at this point, they’re making the decision to eliminate workers that have been in the building, some of them for 15, 20 years.”

Sims said union janitors start at $12 an hour — with benefits — while the non-union positions are currently listed at $9.25 part time.

But workers like Eddy believe that will be at a lower pay rate — a pay cut they can’t afford.

As an employer, Sherwin-Williams is committed to providing a clean and safe work environment for its employees. This obligation is essential to retaining and attracting top talent to support the growth of our Company.

Sherwin-Williams contracts with ABM for cleaning services at various Sherwin-Williams sites. One of those sites is our global headquarters building located at 101 West Prospect Avenue in Cleveland, OH.

Sherwin-Williams employs both unionized and nonunionized employees. The Company does not have any employees who are members of the SEIU.

Regretfully, there have been consistent performance and quality issues with the cleaning services provided by ABM over an extended period of time. These issues were reported on a regular basis to ABM, yet the issues were never resolved. After giving ABM repeated opportunities to rectify the issues, Sherwin-Williams provided ABM notice on December 30, 2019 that it would no longer utilize its services at its headquarters building.

Effective February 1, 2020, A-Quality Facility Services (AQFS) will provide cleaning services at Sherwin-Williams headquarters. AQFS has informed Sherwin-Williams it is willing to consider individuals on the ABM cleaning staff for employment at AQFS. The contact name, address and phone number of AQFS was provided to the SEIU on January 14, 2020.

Regarding activities related to public funding for a new headquarters, Sherwin-Williams continues to evaluate buildings and land in Cleveland, NE Ohio, across the state of Ohio, and other states to make sure we find the long-term opportunity to best serve our customers, employees, shareholders, and communities where we do business. No decision on the new headquarters has been made. When we have updates, we’ll issue an official announcement.