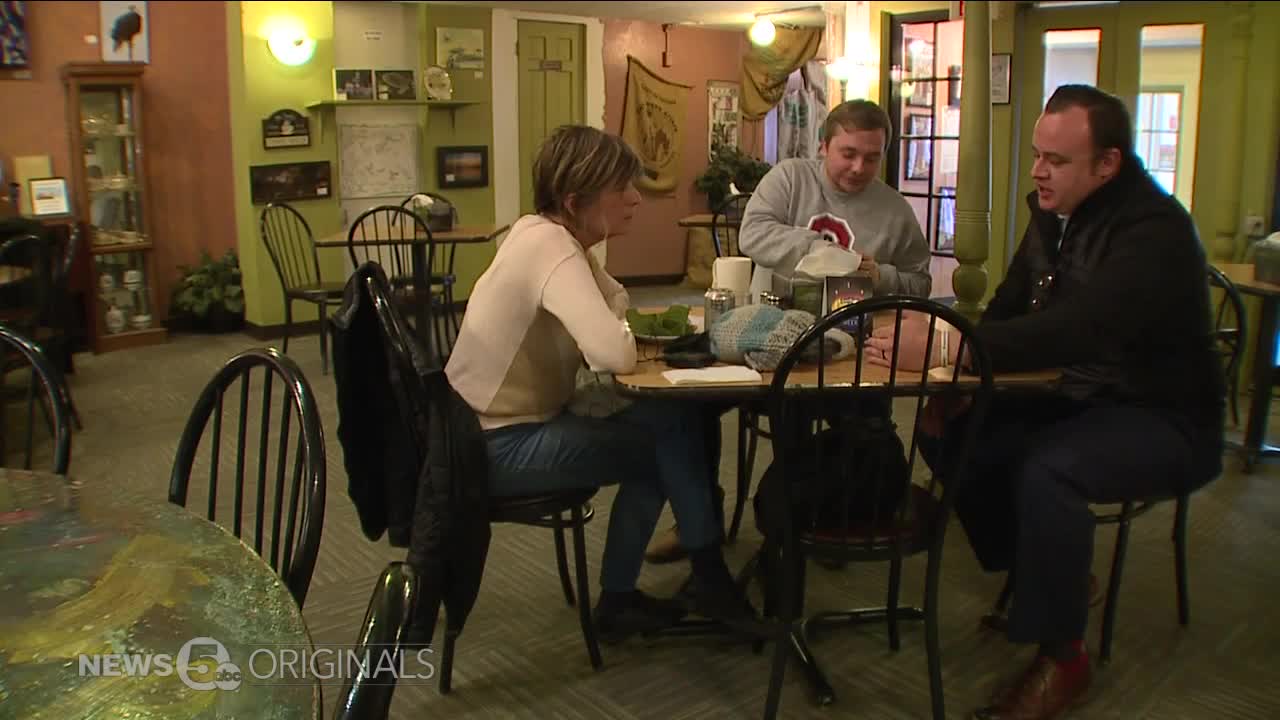 SANDUSKY, Ohio — In 2012, Erie County helped to usher President Barack Obama to a second term by a 12-point margin. Four years later, the traditionally Democratic county flipped to President Donald Trump, who carried the county by a 10-point margin. A week before Ohio’s primaries, how the county’s more than 50,000 registered voters are leaning is anyone’s guess.

Prior to President Trump’s 2016 victory, Erie County had not voted for a Republican presidential candidate since 1984 when President Ronald Reagan swept the county by more than 3,300 votes.

Ahead of Ohio’s primaries on March 17, News 5 is focusing on the state’s nine pivot counties, which are counties that voted for President Obama in 2012 and then flipped to President Trump in 2016. The Buckeye State has nine such counties, the majority of which are in Northeast Ohio.

On a soggy, dreary Tuesday morning in Sandusky, the county seat, residents and visitors alike mill around downtown amid the hum of construction. Welcome and ‘now open’ flags flutter in the mist-filled wind. Through the time-aged doors of Mr. Smith’s Coffee House, a series of different but similar conversations are taking place.

Although not intentional, many of those conversations somehow drift to politics. It is an election year after all.

“I’m thankful I have a good paying job. I’m thankful for that,” said Marvin Hill. “But I can’t afford my medicine if I lose it.”

Hill is a union man. He is unapologetically proud of it while, at the same time, far from being delusional about the realities he and others like him face on an every day basis.

“My healthcare is being negotiated right now in our union contract. I don’t see how a common working person is getting ahead,” Hill said. “If you can bring [jobs] back, bring them back. I don’t care how you do it. If you can bring some jobs here and give some people some employment, bring it. People really just want a $17 to $24 an hour job, a house and a vacation. They’re not asking for much.”

Although downtown Sandusky has been buoyed by significant private investment – along with the continued growth of nearby Cedar Point – the area’s manufacturing industry has been struggling, Hill said.

In 2017, nearby KBI, a manufacturer of wheel bearings, permanently closed, which resulted in the elimination of roughly 400 jobs. Since the General Motors opened the facility in 1946, the sprawling manufacturing plant had employed thousands of people at its peak.

“We lost GM. We lost Ford. We lost Chrysler. We have lost a lot of industry here. Why wouldn’t I want someone who could bring that industry back?” Hill said. “That’s how Trump won in 2016. He convinced a lot of working people around here that, ‘I’m going to take care of you.’”

Although Hill said he didn’t vote for President Trump in 2016, he understands why a majority of Erie County did. This time around, Hill is conflicted and plans on downvoting the presidential election, meaning he will not vote for a presidential candidate.

Although he is supportive of President Trump’s policies on trade and immigration, Hill is on the opposite end of the political spectrum when it comes to healthcare.

“I will support ‘Medicare for All’ because if I lose my job, how can I pay for health insurance?” Hill said.

Two newspapers lay scattered around him on one of the coffee house’s rounded tables. Page by page, John Bossart Junior will spend his morning reading all the news that’s fit to print. Local, national, international, it doesn’t matter: Bossart will read it.

“I read it every day,” Bossart said. “That’s how I get my news. I like to stay informed.”

Bossart, a Republican, voted for President Trump in 2016, although he said he considered Trump to be the "best candidate of a weak lot." Bossart was especially critical of Hillary Clinton, saying the Democratic candidate failed to connect with voters like him.

“If she is not going to get on the ground and talk to people like me, why should I vote for her?” Bossart said. “I will be honest with you, Donald Trump is a very difficult man… That having been said, he wants to get things done. That’s what got him elected. He wanted to get things done.”

Seated merely feet away from Bossart, Democrat Marsha Carrington finishes up her lunch. Especially critical of President Trump, Carrington is still split on which Democratic candidate she intends to vote for. However, one thing is certain, she said.

She will support whichever candidate she feels can defeat President Trump in November.

“I’m a compassionate, caring human being. I think that our president needs to be an honest caring person with heart,” Carrington.

For Carrington, two of the most pressing issues are climate change and healthcare, both of which need pressing action, she said. As for the economy, Carrington believes much of the economic growth that has taken place under President Trump is President Obama’s doing.

“I thought [President Obama] was an amazing president. He wasn’t perfect. They all make mistakes,” Carrington said. “When he came into office, he really did do a lot for the economy and now Trump is trying to take all the credit for it.”

Although Carrington and Bossart diverge politically, both stressed that they would be willing to support a candidate from the opposite party if that person were, in their mind, the best candidate.

“I look at the person,” Carrington said.