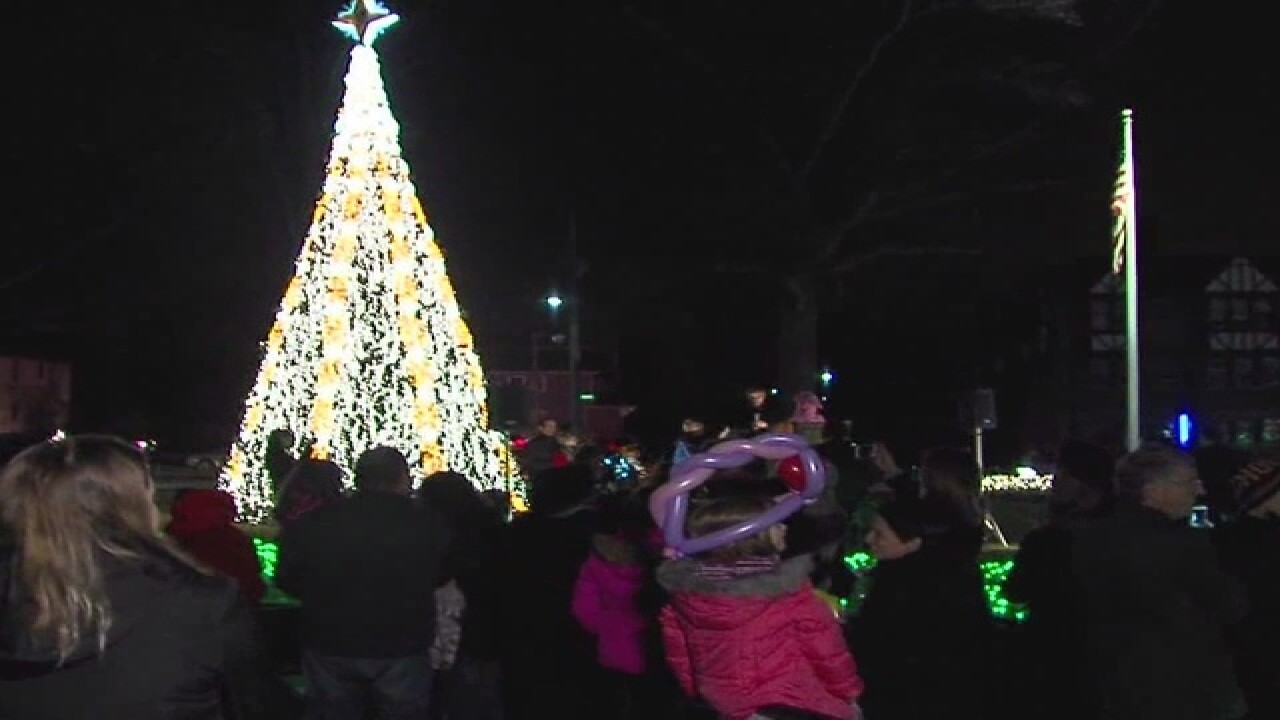 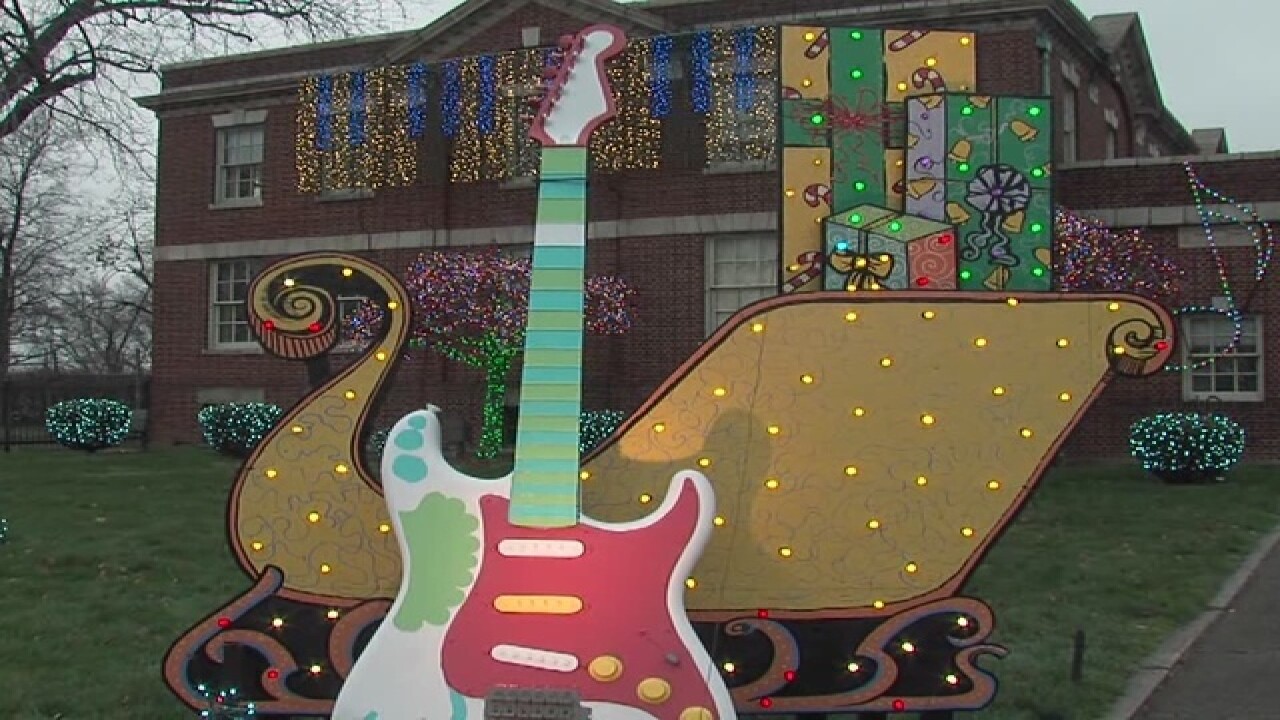 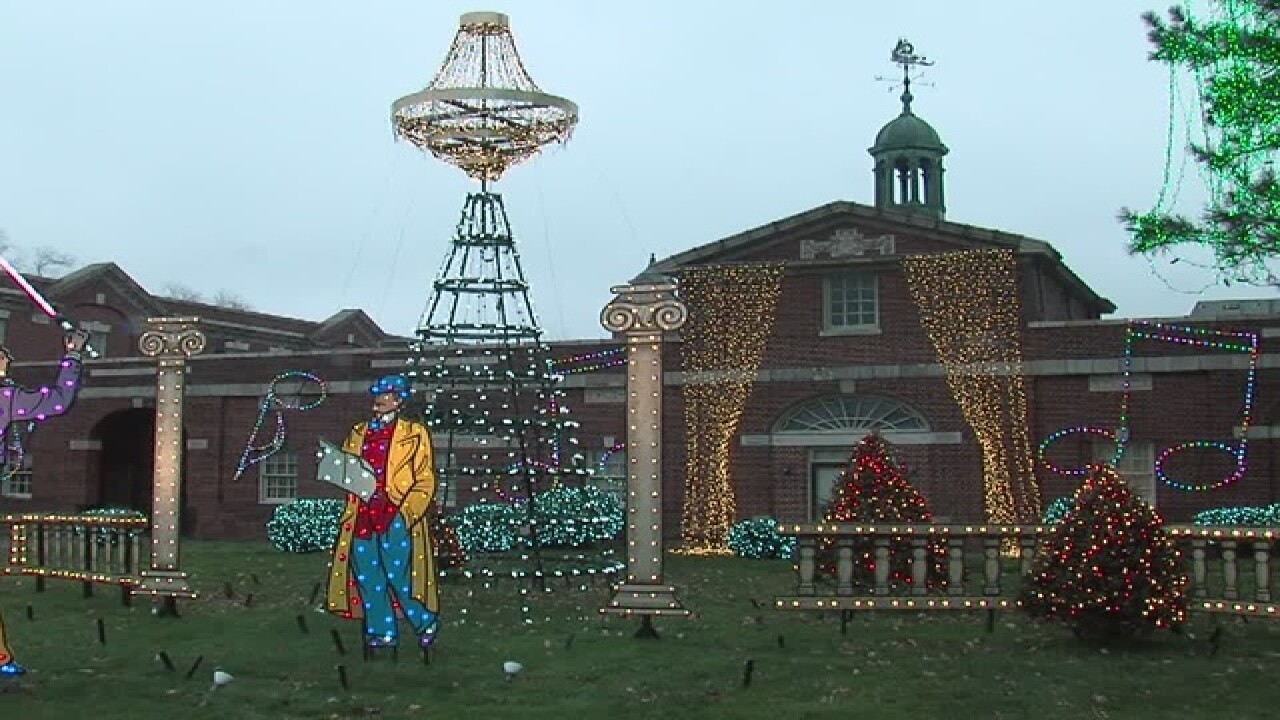 The woman who is the driving creative force behind the General Electric Nela Park holiday lighting display looks lovingly on the dancing holiday bulbs, which are reflected in her eyes.  For about a year, she had seen the half-million twinkling lights only in her thoughts until she transferred her ideas to paper and then to a computer readout.

Debbie George is a woman enamored with light.  At the lighting headquarters of GE, Nela Park, she walks among the festive holiday twinkle.  The lights pulse along the entire length of the Nela Park property along Noble Road.  As the lighting design contractor, it has been her job for the last several years to develop a plan for the holiday lighting show.

This year's them is "GE in C-L-E."  The lights honor many of Cleveland's landmark places.  Among them is a reference to the Rock and Roll Hall of Fame and Museum.  "We have our piano keys playing across the building," said George, pointing to pulsing lights reminiscent of a keyboard.  Nearby are pyramid-shaped structures made of light, honoring the similarly-shaped Rock Hall building.

"I get to be creative," said George who described what she liked most about her job of making a theme in lights.  She has a crew which works with her to bring the lights to life.  In many ways, she is a technological descendant of Ohio's Thomas Edison, who invented the incandescent light bulb in 1879.

"It's incredible to know that I can continue a tradition that this gentleman came up with," she said, offering a shy smile with her statement.

George, who grew up in a suburb of Cleveland, said she visited Nela Park's holiday display during her childhood and was perhaps inspired into the lighting design profession by what she saw.

With the exception of a couple of years generations ago, GE has put on a holiday lighting show every year since 1924.  Every year, it has been an eye-catcher with people coming from many miles away to park at the curb on Noble Road or to drive slowly the length of the facility.

For generations, GE has said in its promotional and advertising campaigns that "GE brings good things to light."  Debbie George agrees.  Pointing to the half-million twinkling lights which outline representations of historic places in Cleveland, she smiled and beamed a sense of accomplishment.  "Good things to light," she said. "This is exactly what GE is talking about," she said.