Eviction courts fill up as disputes between tenants and landlords continue to rise in Cuyahoga Co. 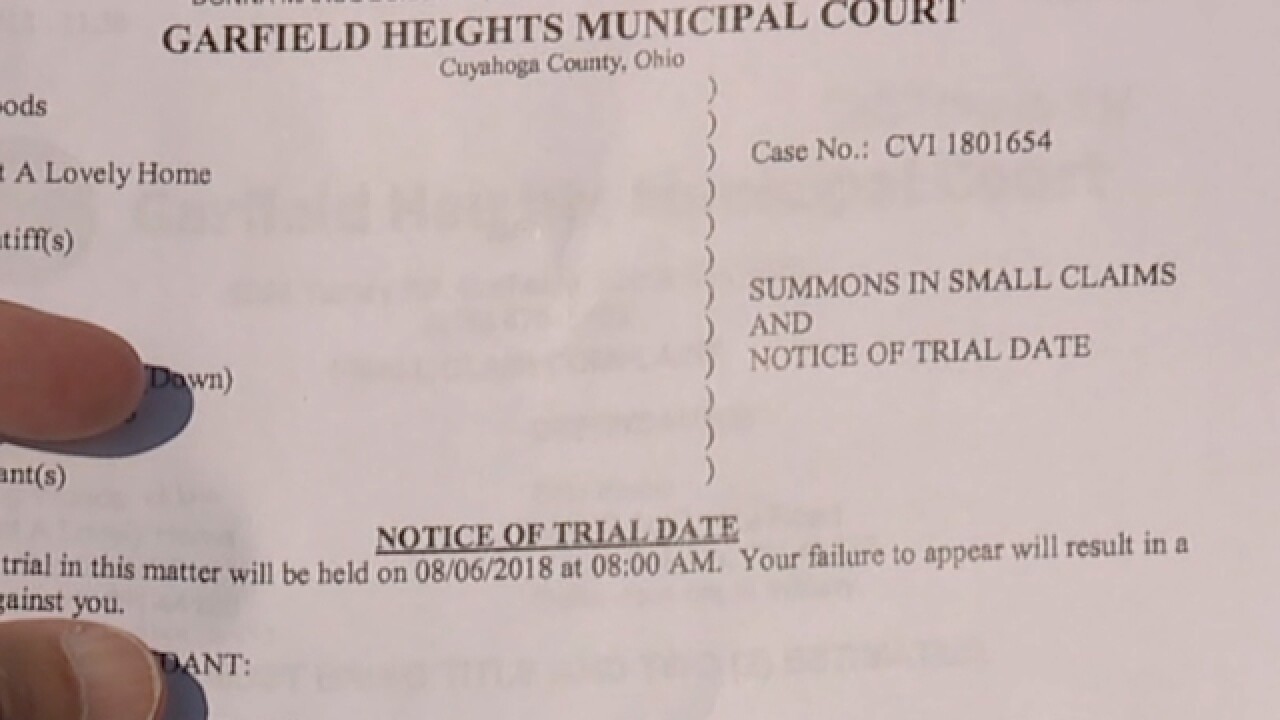 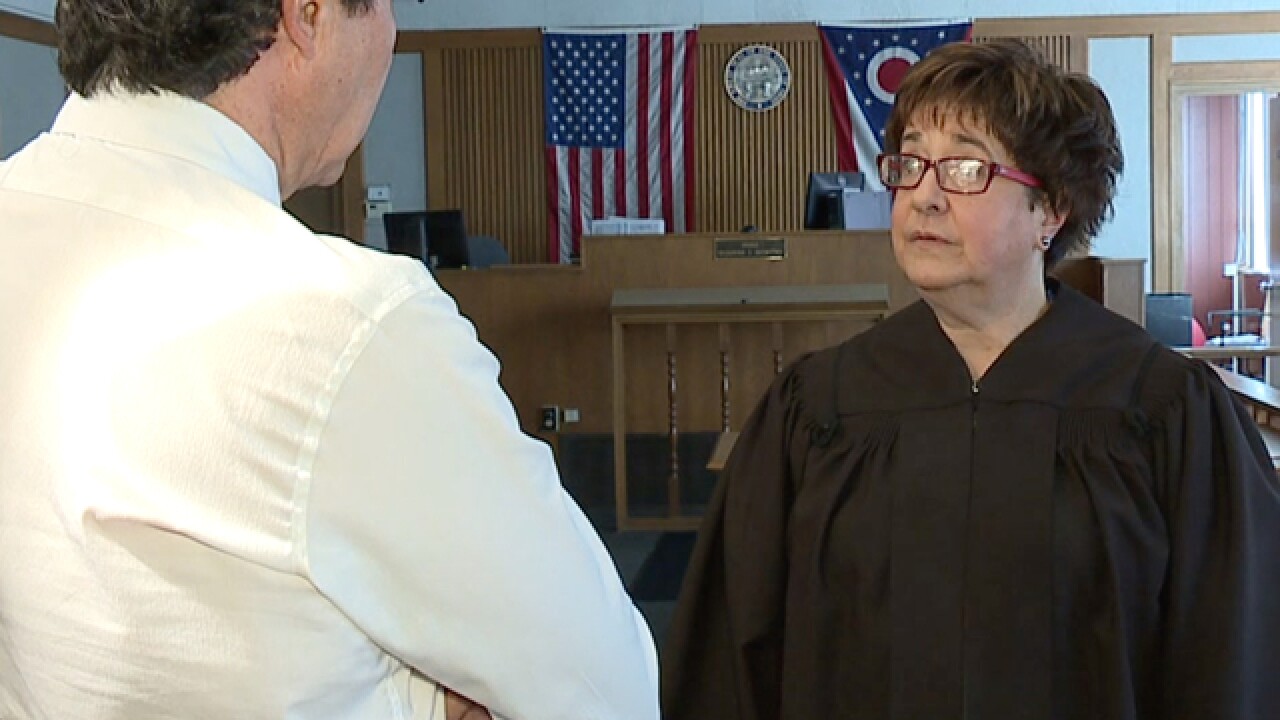 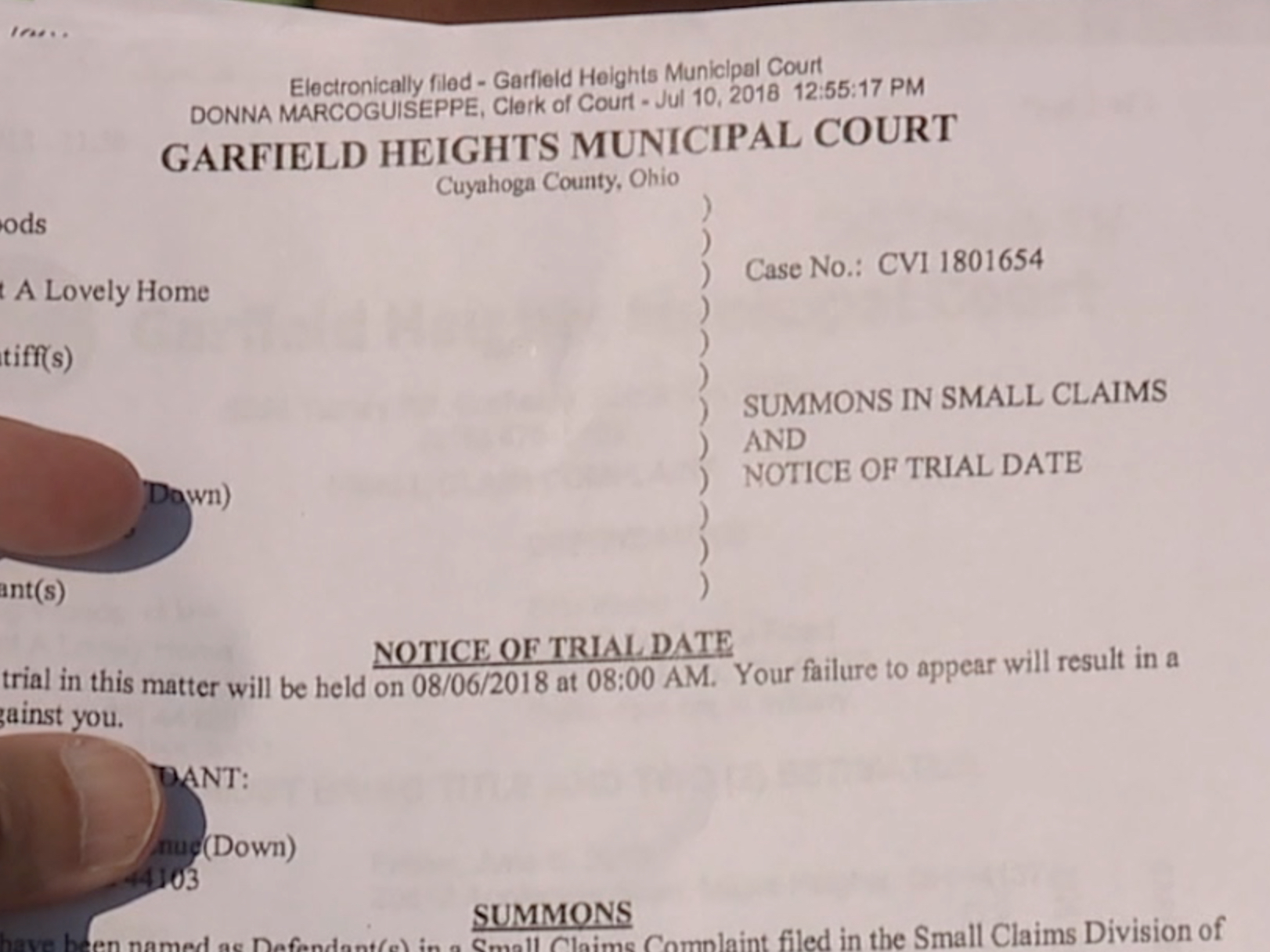 Leaders with Garfield Heights Municipal Court believe additional landlord and tenant education is part of the solution, in dealing with the eviction cases that are now filling their courtrooms.

Judge Deborah Nicastro told News 5 tenants have to take an active role in knowing their rights and responsibilities before they sign a lease for a rental unit.

"One of the major problems I see is that tenants don't really read the lease."

Cleveland Housing Court said it is really feeling a big impact after the Cleveland Tenants Organization closed in February 2018.

The court said the number of tenants seeking counseling and help would likely be up 200% this year, due to a growing number of landlord-tenant disputes.

Erin Webb, Latanya Tyes and Arliea Marshall contacted News 5 after they were evicted from the same Maple Heights home, owned by landlord Doug Woods, over the past two years.

The women were all found guilty of causing damage to the home, and judgments seeking thousands of dollars were issued against them by a Garfield Heights court magistrate.

The women freely admit they were a few months late with the rent, but believe their cases weren't handled properly, claiming they didn't cause all the property damage they were found guilty of committing.

Arliea Marshall said it's up to renters to protect themselves and read all lease agreements carefully.

"Do your homework, take your own pictures, investigate the person who owns your property," Marshall said.

On the other side of this equation, landlord Doug Woods said it's becoming increasingly difficult to deal with tenants who don't take their responsibilities seriously.

"As a landlord, it's just hard," Woods said.

"I try to give all my tenants plenty of leeway when it comes to being late with the rent, but I need that money to keep my home maintained, and after four months it becomes difficult."

Woods showed News 5 a packet of information he said he gives each tenant when they first move into one of his rental homes.

Still, Webb, Marshall and Tyes are urging tenants to stick-up for themselves and seek mediation and information from the courts.

"You have to do background checks on a landlord," Tyes said.

"Go to court dockets with their name.  Figure out if they've been in court previously with other tenants, and what's going on."