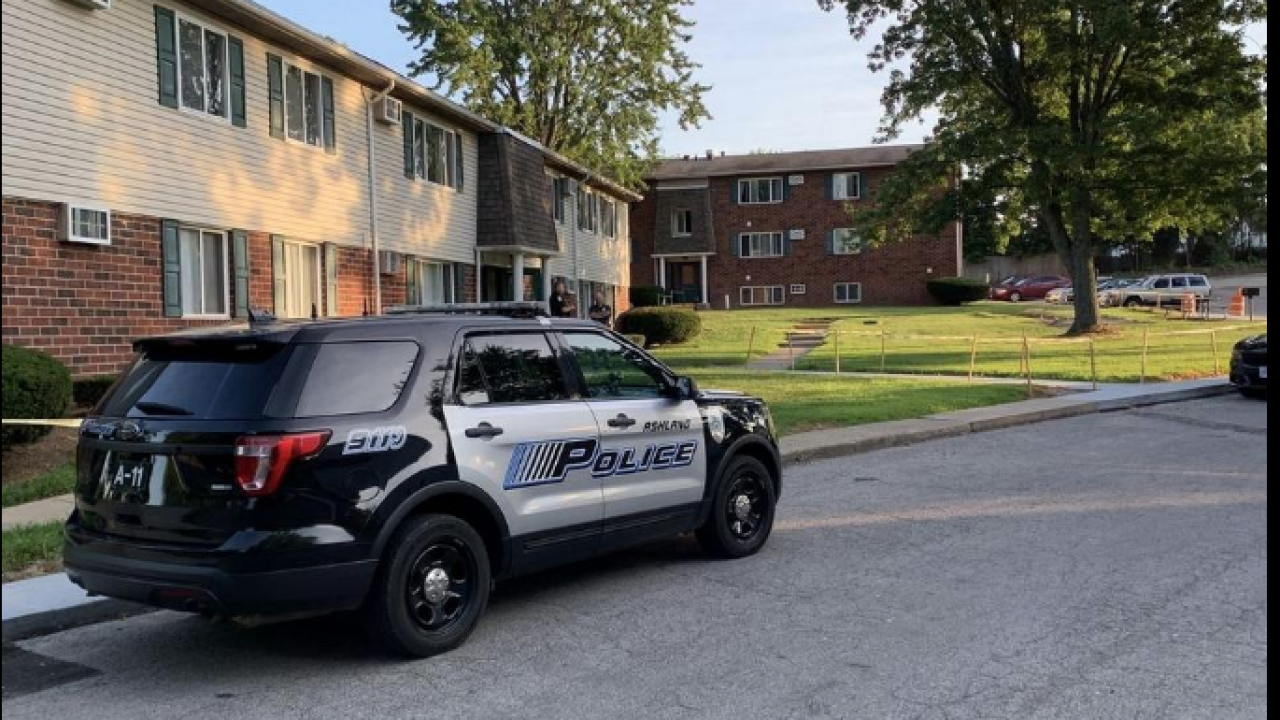 ASHLAND, Ohio — A 40-year-old man is in custody after a 33-year-old woman was found dead with a gunshot wound inside an apartment in Ashland.

Shortly before 2 a.m. on Monday, officers responded to an apartment in the 200 block of Mathews Avenue after residents heard gunshots coming from an adjacent apartment within the building and bullets were seen coming through the walls, the release states.

Officers and a deputy from the Ashland County Sheriff’s Office entered the building and heard gunshots coming from inside an apartment.

Officers tried to breach the door to enter, but it was barricaded.

Residents in the apartment building were all evacuated.

Officers managed to talk to the 40-year-old male resident inside the apartment.

At 3:50 a.m., the 40-year-old resident removed the barricade and exited the apartment unarmed before he was taken into custody.

When officers entered the apartment, they found a 33-year-old woman dead with a visible gunshot wound. The woman was identified as Charity Hlovac, 33, of Ashland.

The cause of death has not yet been determined at this time.

No charges have been filed yet and the investigation is ongoing.