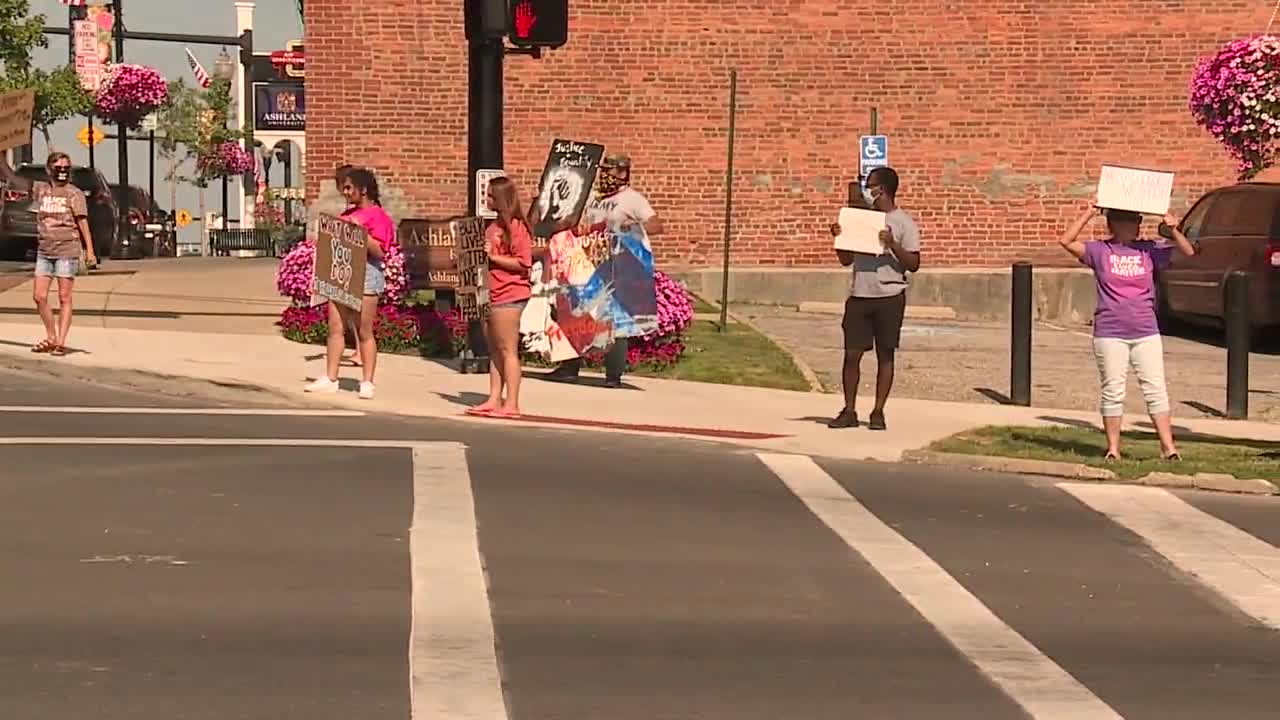 Resident have protested police brutality and racial injustice in Ashland for 30 days straight and they don't plan on stopping until city officials acknowledge them and join in on the fight. 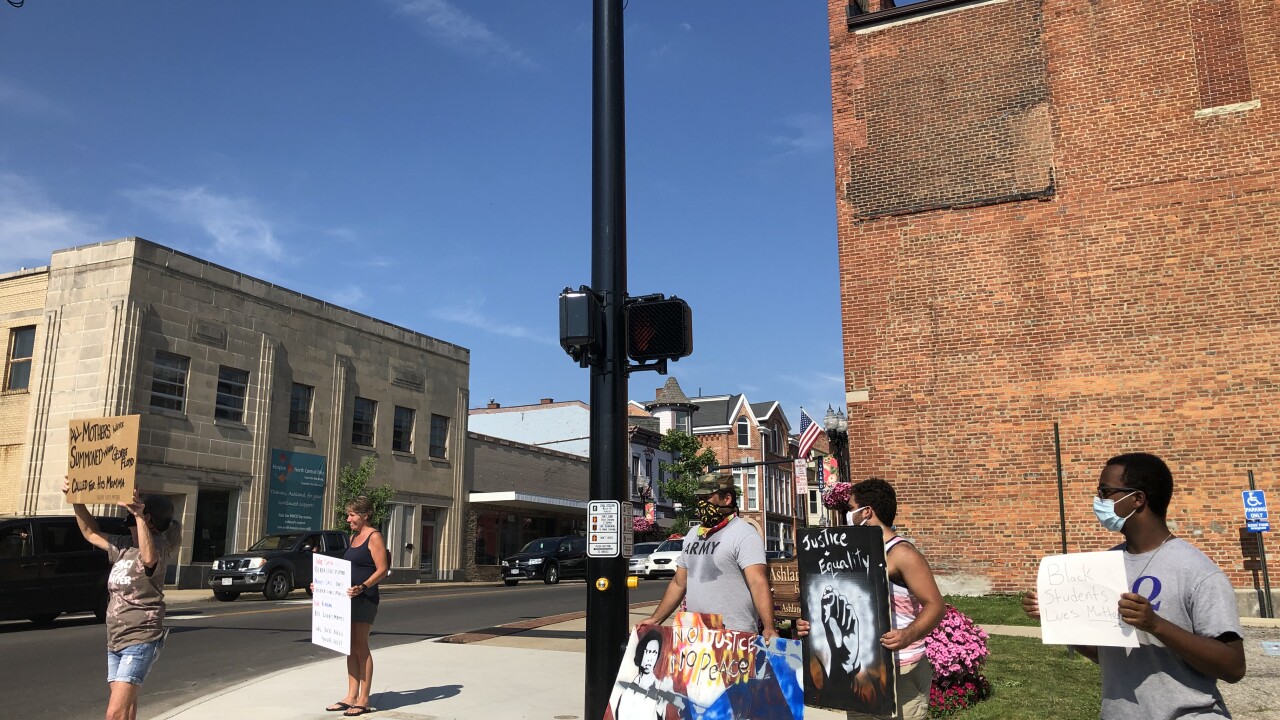 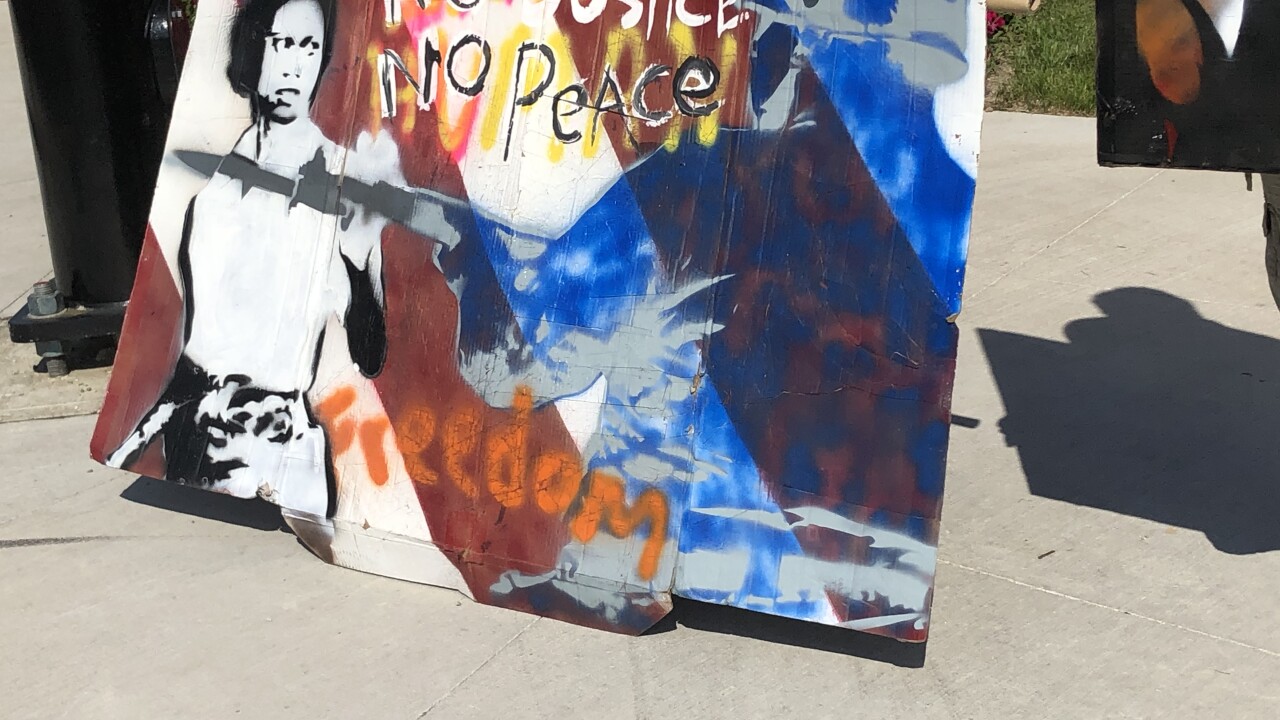 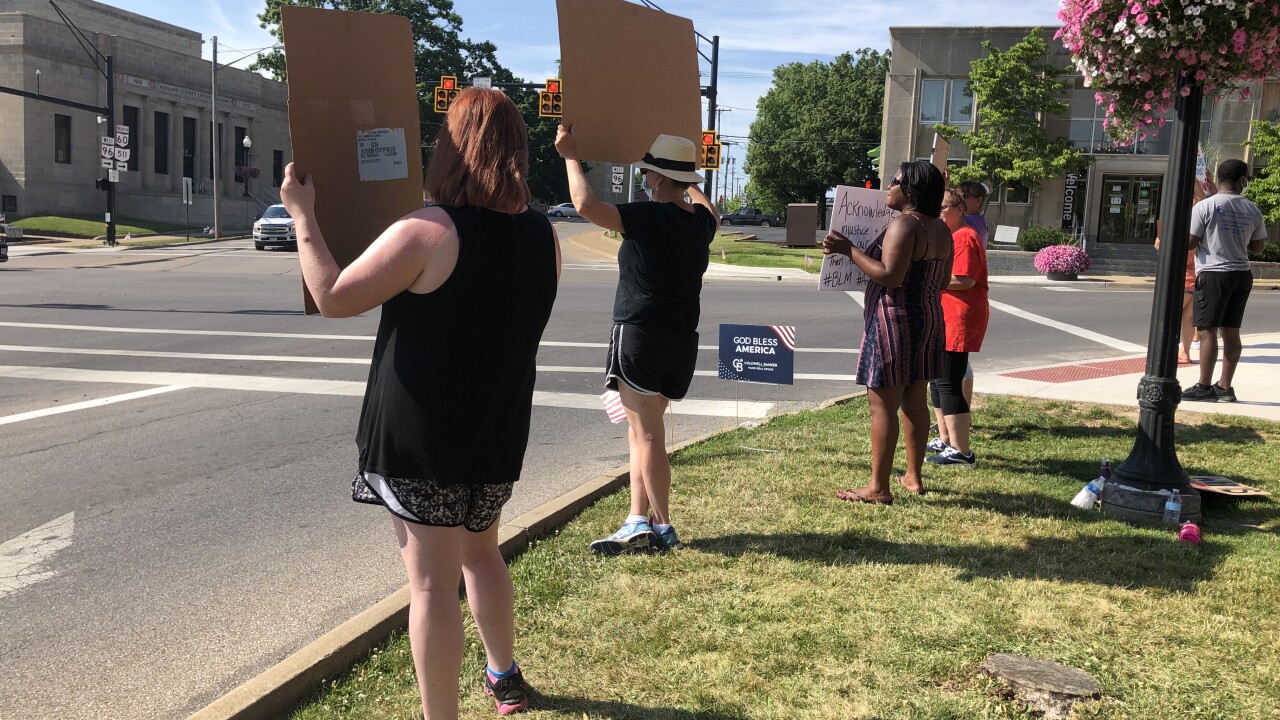 ASHLAND, Ohio — They’ve protested while calling for change and an end to racial injustices for 30 days straight and they’re not stopping until Ashland city officials acknowledge them and join in on the fight.

The group varying in size, sometimes more than a dozen, gathers every day at the West Main Street and Claremont Avenue intersection, reminding everyone who drives by that Black lives matter.

Ajian was among the dozen who took a stand on Friday. She’s just 16 years old and has already experienced more than anyone should living in Ashland.

“It is hard to be an African-American in a white town,” she said. “I will have people call me, text me, snapchat me…calling me the n-word…I’ve had guns sent to me from random people telling me I’m a slave and stuff. It empowered me more to stand out here and stand my ground.”

Despite some negative reactions from those driving by, the group hopes their presence will spark change.

“We’ve had a lot of hate, but to be out here for so many weeks and you realize that there’s just a little less,” said DeMia Jordan.

But they said they need support from city leaders.

Jordan and another resident, Heather Sample, said they’ve sat down with the chief of police who once offered them water during a demonstration. They said he has expressed some support and has given permission for officers to join them. However, they said it is not enough.

“I want the city, the county, the mayor, the police, probation, anything that has to do with the justice system to understand there is a problem in the world and it starts with us making them aware of it. The next step requires them to act upon it,” said Sample.

Change can take time, but Ajian said she’s willing to do whatever it takes starting by showing up to protest and fighting hate with courage and faith.

“I have to be the light in the darkness and that’s how I see it," she said.