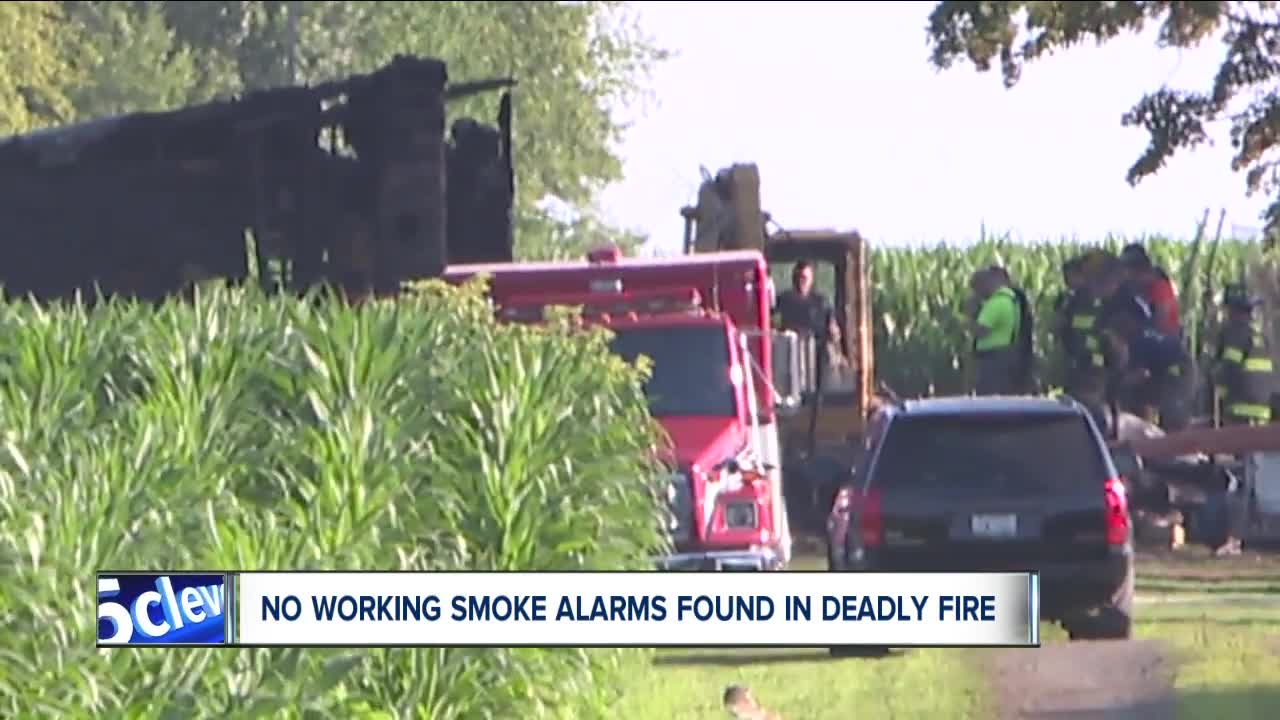 The Ohio State Fire Marshal did not find any evidence of working smoke alarms in a fire that killed three children inside a farmhouse near Jeromesville. 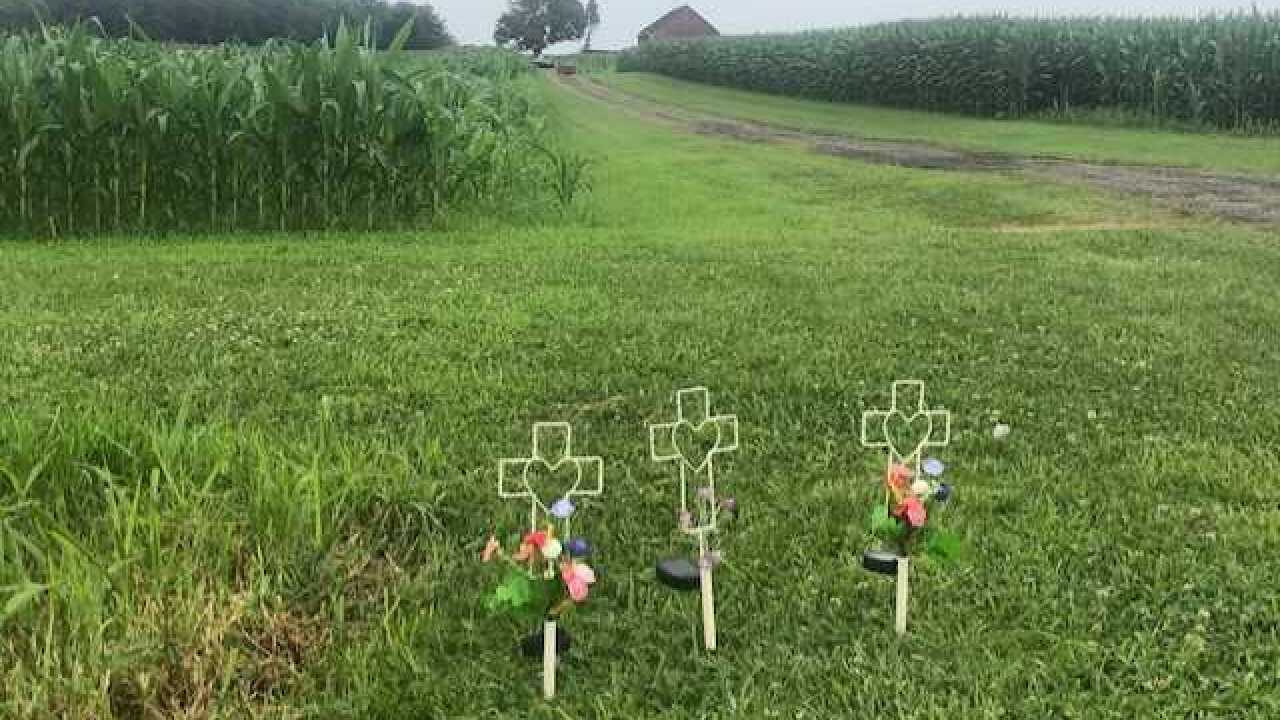 JEROMESVILLE, Ohio — The Ohio State Fire Marshal did not find any evidence of working smoke alarms in a fire that killed three children inside a farmhouse near Jeromesville.

Sources told News 5 that investigators are focusing on a heat lamp on the porch of the home as a possible cause of the deadly blaze, but a final ruling could be days away.

A balloon, teddy bears and three crosses were left at the end of the driveway one day after flames tore through the home on County Road 1550 in Perry Township.

Brayden Mcie, 13, was asleep on the first floor of the home. He woke up to smoke, but didn't think it was real.

"First time I opened my eyes and I swear I saw the smoke and I went back to sleep thinking it was a dream and then it ended up where I heard some yelling outside and I got up and went outside," he said.

The teen said his dad, John Bogavich, and his girlfriend, Mindy Speicher, also escaped the fire. They were treated at an Ashland hospital and released. According to a family member, Bogavich suffered burn injuries on his arms.

"I was yelling for her to get out and all I heard was that she can't."

Brayden, along with other relatives and friends, gathered at his grandmother's house in Orrville on Tuesday, and talked about flowers Faithlyn planted, a fairy garden she made, and how her dog, Lucy, misses her.

"I lost my baby and everything she had," said her mother Sonja Mcie-Cobb.

Mcie-Cobb, who lives in Orrvillle, said she's heartbroken and wants the tragedy to remind people to have a fire safety plan.

An organization known as Hillsdale Cares started a cash and clothing drive to help the Bogavich family.

In addition, four Ashland county bars are organizing an August 24 Poker Run to raise money for the family.

"As much money as we can raise, whether it's a dollar or $20,000, we'll just give it all to the family," said Scot Neufer from J-Ville Pub & Grill in Jeromesville. "Only they can know the pain they're in. I couldn't even imagine."

A prayer vigil is scheduled for 8 p.m. Thursday at Hillsdale High School in Jeromesville.