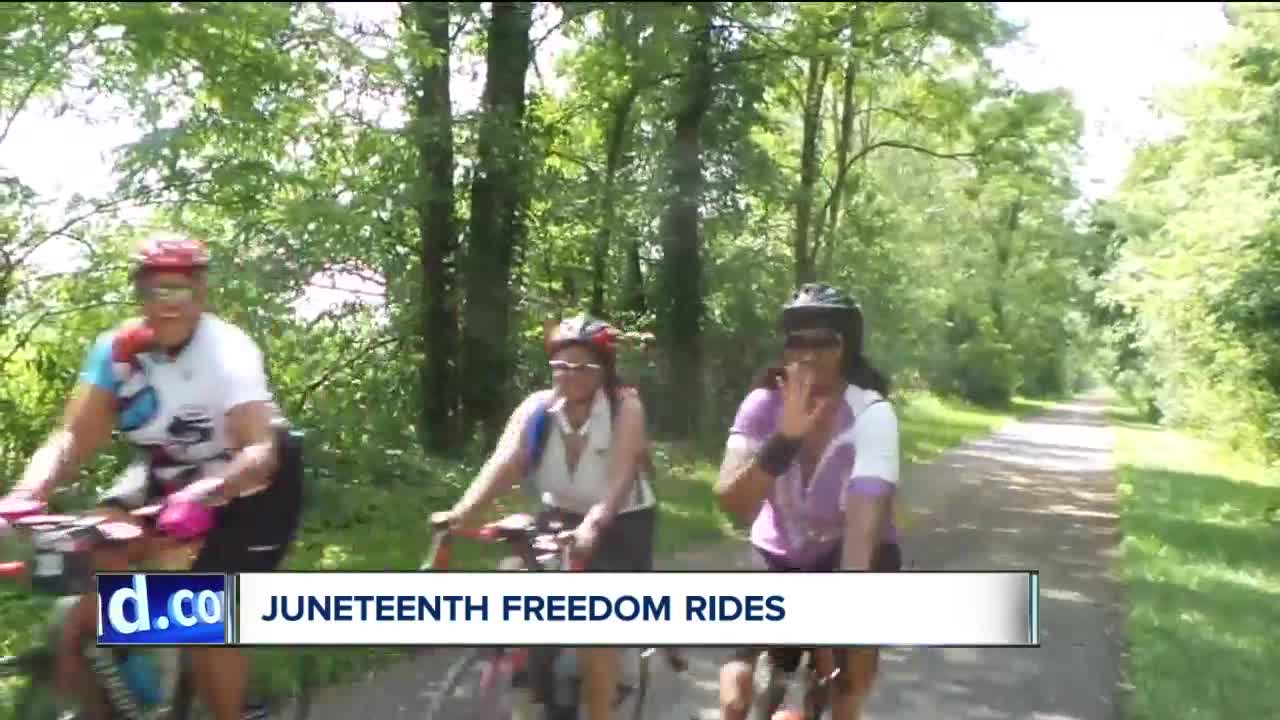 The Juneteenth Freedom Rides initiative hosted its 30/60 mile bike rides Sunday, taking cyclists along the routes of the Underground Railroad in Ashtabula County. 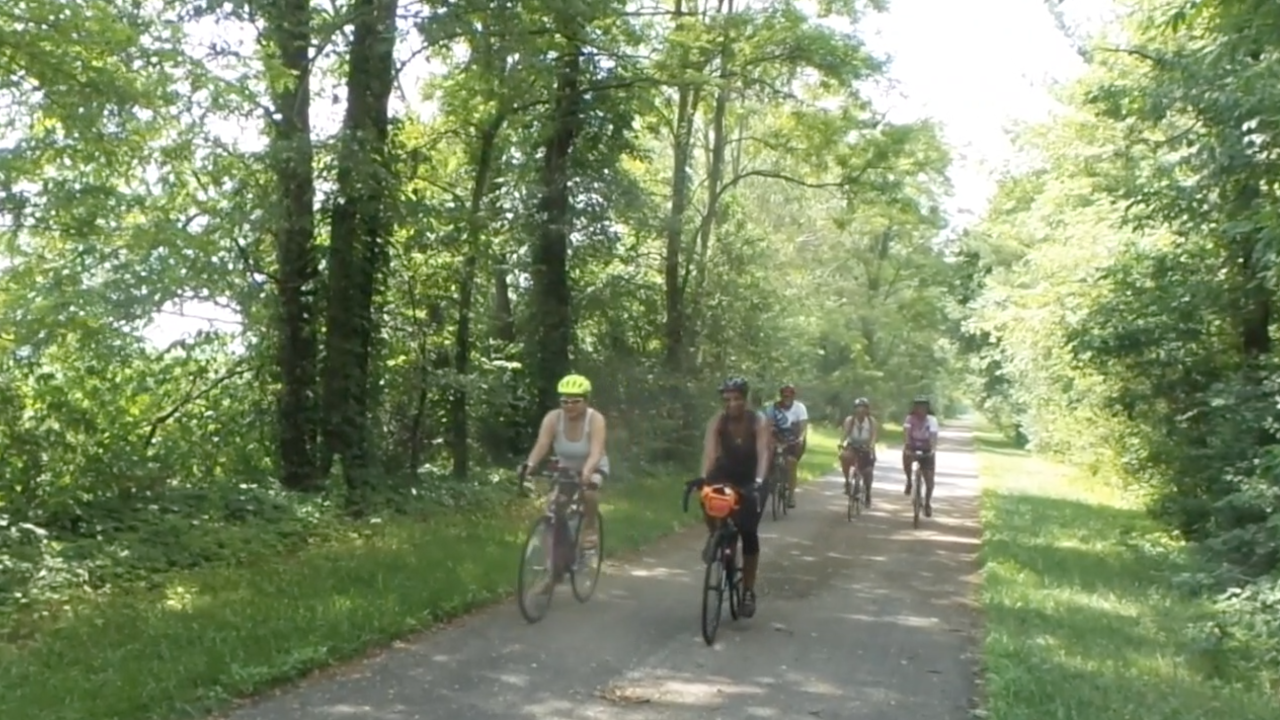 The Juneteenth Freedom Rides initiative hosted its 30/60 mile bike rides Sunday, taking cyclists along the routes of the Underground Railroad in Ashtabula County.

The goal of the ride – and others the group hosts – is to educate people in Northeast Ohio about the history right in their own backyards and to keep it alive for generations to come.

The 30/60 mile rides are a continuation of the group's rides for the 2019 Juneteenth holiday. Juneteenth commemorates the official end of slavery in the United States. Most slaves were freed with the Emancipation Proclamation in 1863, but word did not reach slaves in parts of Texas until June 19, 1865.

The bicyclists rode along the Western Reserve Greenway which has several markers of the places slaves traveled through on their way to reach freedom.

Then, the riders made a stop at the Hubbard House Underground Railroad museum to learn more about what conditions were like for slaves who dared to escape.

"The fugitive slave were escaping through to Canada, some of them were north, south some of them were east, west and you can see in the visual here that they had to strategically move through these areas. So as we are riding on the ride, we hope to pass through some of these same routes and maybe even take apart, OK this is right here, this was on one of these routes,” Kevin Jones, an organizer of the ride, said.

Hubbard House was the last stop on the Underground Railroad before slaves could safely travel across Lake Erie to Canada.

"There was no GPS and essentially they were being chased as well. So for me just really thinking about not even knowing everything they've gone through but even just having a thought about what they possibly went through just to try to get to freedom. They basically risked their lives, so its either you stay enslaved and possibly die, or you go for freedom and possibly die. That's pretty heavy,” Ilyana Walker, one of the bicyclists participating in the event, said.

Next year, there will be another series of rides scheduled around the Juneteenth holiday.