An Ohio couple was stunned to find a Nazi symbol on a pizza they picked up from Little Caesars Pizza Saturday night. 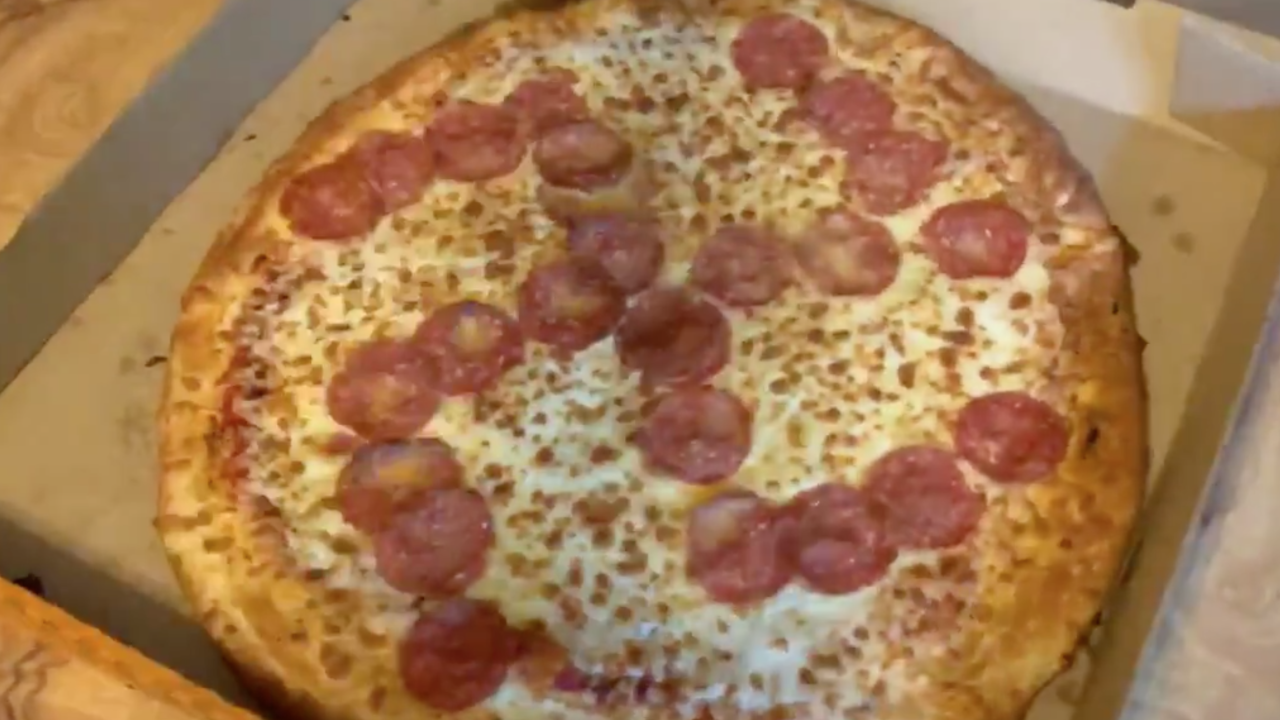 BROOK PARK, Ohio — An Ohio couple was stunned to find a Nazi symbol on a pizza they picked up from Little Caesars Pizza Saturday night.

Jason Laska was running an errand for his wife and picked up a pizza from the Little Caesars at 5945 S Smith Road in Brook Park.

“I walked in. I said, ‘What do you guys have left?’ And they said a pepperoni and a cheese and I said ‘give me the pepperoni,’” Laska said.

He told News 5 he paid for the grab-and-go pizza but didn’t look inside the box until he got home, but his wife said she was disgusted to find pepperonis carefully arranged in the shape of a backward swastika.

“I look at it like with my head back a little and I’m like, ‘Oh My God,’” Misty Laska said.

A spokesperson for Little Caesar Enterprises, Inc. denounced racism in a written statement and confirmed the employees responsible for the swastika were immediately fired.

“We have zero tolerance for racism and discrimination in any form, and these franchise store employees were immediately terminated. We’re deeply disappointed that this happened, as this conduct is completely against our values,” Jill Proctor said. “We have also reached out to the customer to discuss this personally with him.”

Jason Laska said he is stunned someone would have the audacity to create an image like that amid the current civil unrest in America.

“These are the kinds of things that are continuing to fuel the hate and the confusion that exists in the country and in the world,” Laska said.

He added he was contacted by both Little Caesar Enterprises, Inc. corporate offices and the franchise owner who apologized for an insensitive joke between employees.

“Two of the employees kind of were, I guess, egging each other on, or one was egging the other on to play a joke on a third employee that was there,” Laska said. “That was why it was not cut or anything like that. They made it as a joke and it was never intended to go out to a customer, but it did.”

The couple hopes the experience will be a teaching lesson for the employees who are allegedly under the age of 18.

“What repercussions are they getting from that, just termination?” Misty Laska said, “When they can just go right down the street and find another job?”

They told News 5 they chose to share their experience to encourage others to learn the history and hateful symbolism behind the Nazi slogan.

Misty Laska, who was the first to discover the hateful prank, encourages others to speak up when they hear or see people committing racist acts.

“We’re trying to get rid of racism. It’s like, we’re done with that kind of stuff,” Laska said, “Just to remind people that keep saying, ‘There’s no racism,’ it’s like, yeah there really is still racism and right here is your proof.”

So my husband stopped at #LittleCaesars for a quick bite, husband brings this home! I’m truly disappointed. This is truly saddening and disturbing and not funny at all! These aren’t funny jokes and shouldn’t be made period and on company time?! 🤯🤯🤯🤯✊🏻✊🏿✊🏾✊🏽 pic.twitter.com/zQaXecN2se