Local fireman deployed to NC ahead of hurricane

Lieutenant Brian Harting is preparing for a potentially dangerous mission.

For a few weeks, he's leaving the Bedford fire trucks behind and helping with rescue efforts after hurricane Florence hits.

"Right now our teams are in a position where they're going to be faced with the storm as it rolls in and they'll be there for landfall," said Harting.

He's part of Ohio Task Force One. It's a team of over 200 first responders from our state that rescue people during natural disasters.

"We have to plan for many different rescues you know it could be a rope based operation, water, we could have mudslides and trench, building collapse," said the lieutenant. 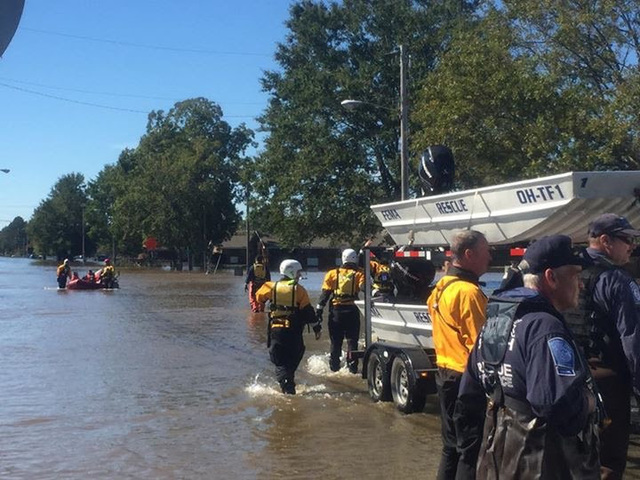 Brian Harting during his rescue mission after Hurricane Matthew.

16 Ohio task force one members arrived in North Carolina Tuesday night.  Wednesday morning, Harting and several others from Northeast Ohio will be heading to the state. It will be his second trip with the team.

"My first deployment was two years ago to Hurricane Matthew," he said.

Harting says during Matthew the task force rescued countless people from their homes, which made him and others better first responders.

"To be able to go there, be part of it and train alongside some of the best rescuers in the country because we can pull from top talent from a lot of different teams is something I wanted to be apart of," said Harting.  "I'm proud to be a member of that."

Harting says a captain from the Euclid fire department is also part of the team being deployed Wednesday. They are expecting to stay in the area for at least two weeks.