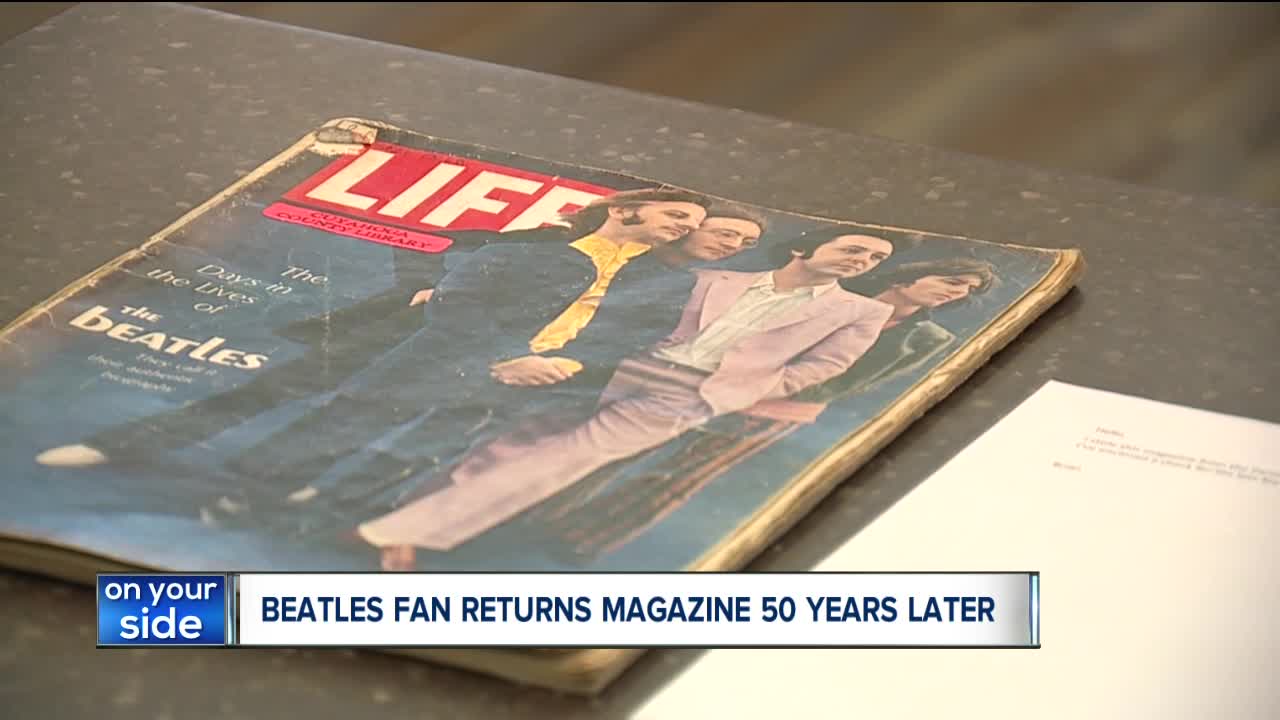 A copy of Life magazine that was stolen from the Cuyahoga County Public Library in 1968 was returned this week, along with an apology note and a $100 money order to cover the late fee. 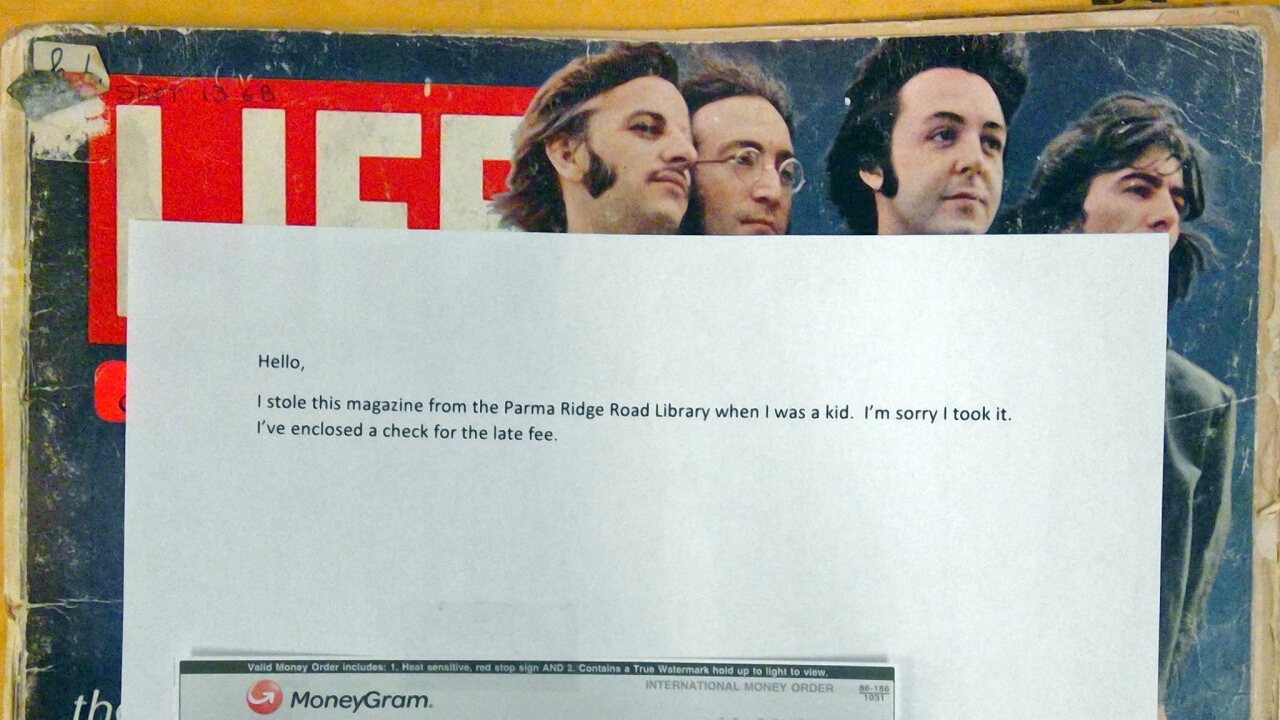 CLEVELAND — Someone just couldn't let it be. A Beatles fan cleared their conscience yesterday by returning a copy of Life magazine featuring the Fab Four - after a long and winding road of over 50 years.

Cuyahoga County Public Library representatives may be doing the twist and shout after they received the Life magazine from 1968, along with a money order for $100 and a letter that read:

“I stole this magazine from the Parma Ridge Road Library when I was a kid. I’m sorry I took it. I’ve enclosed a check for the late fee.”

In a Facebook post, library officials thanked the anonymous paperback burglar for returning the “borrowed” magazine that was able to get back to where it once belonged.

"It's remembering that message that it's never too late, number one, to pay an overdue fine, and two, really just to come back to the library," said Hallie Rich with Cuyahoga County Public Library.

If the magazine thief had checked out the magazine instead of stealing it, they would have hypothetically racked up over $1,800 in overdue fines from 1968 to today, at the library's current rate of 10 cents a day. That's a lot of money. A library representative said that once fines owed are over $100, they are sent to collections.

Used copies of the vintage Life magazine from 1968 are being sold online through Amazon starting at $39.99.

There's no specific plan in place for the returned magazine. The library won't be saying hello, goodbye to it though - they say they will probably come together and find a place of honor for it at one of its branches.