VIDEO: Is this local billboard too provocative? 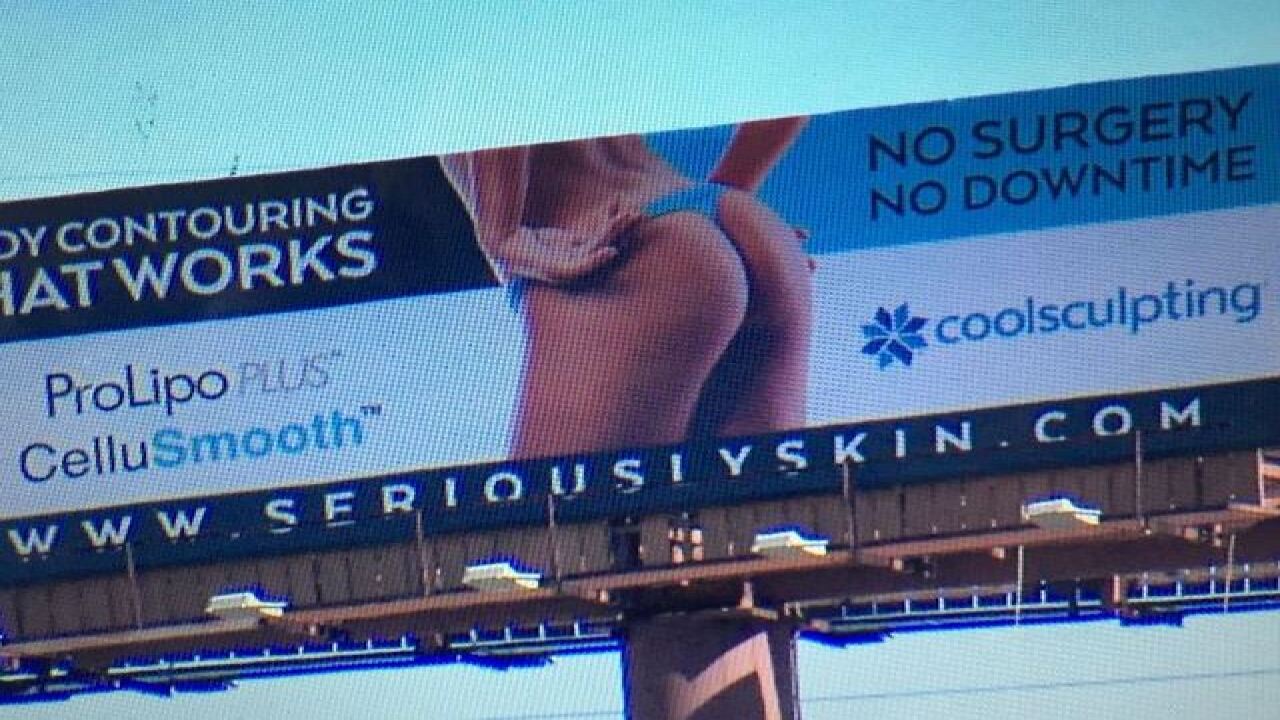 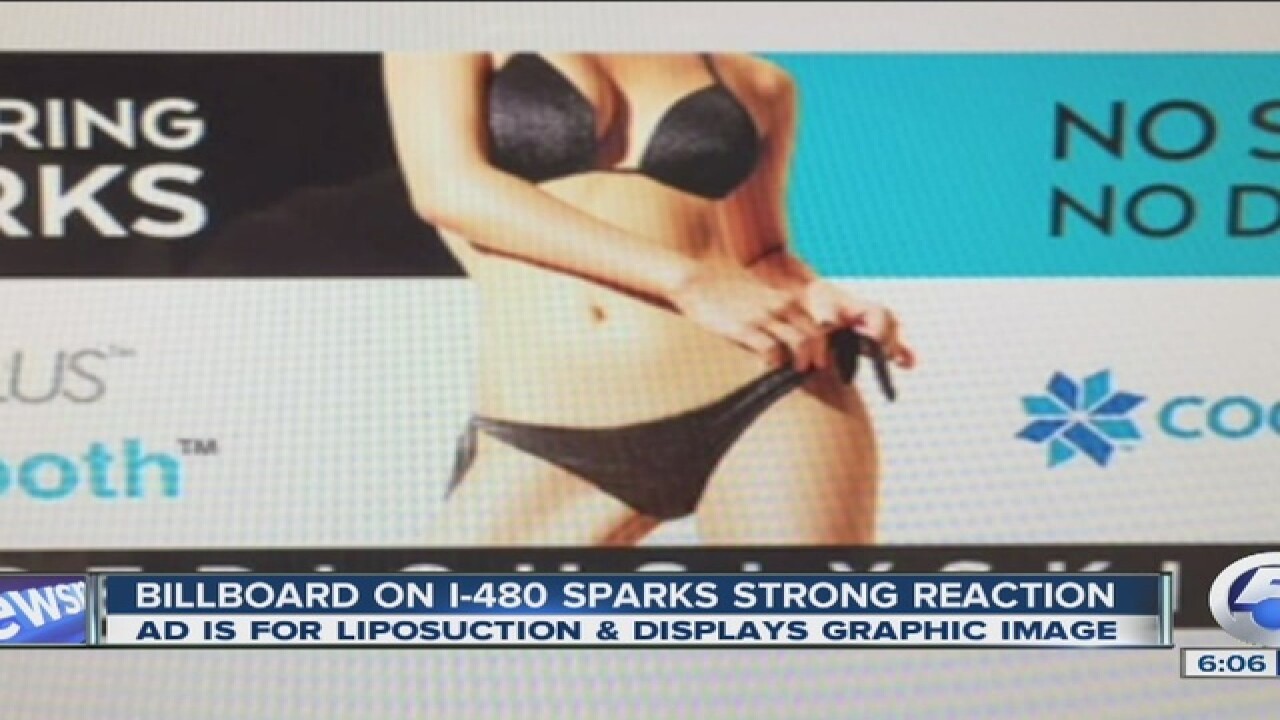 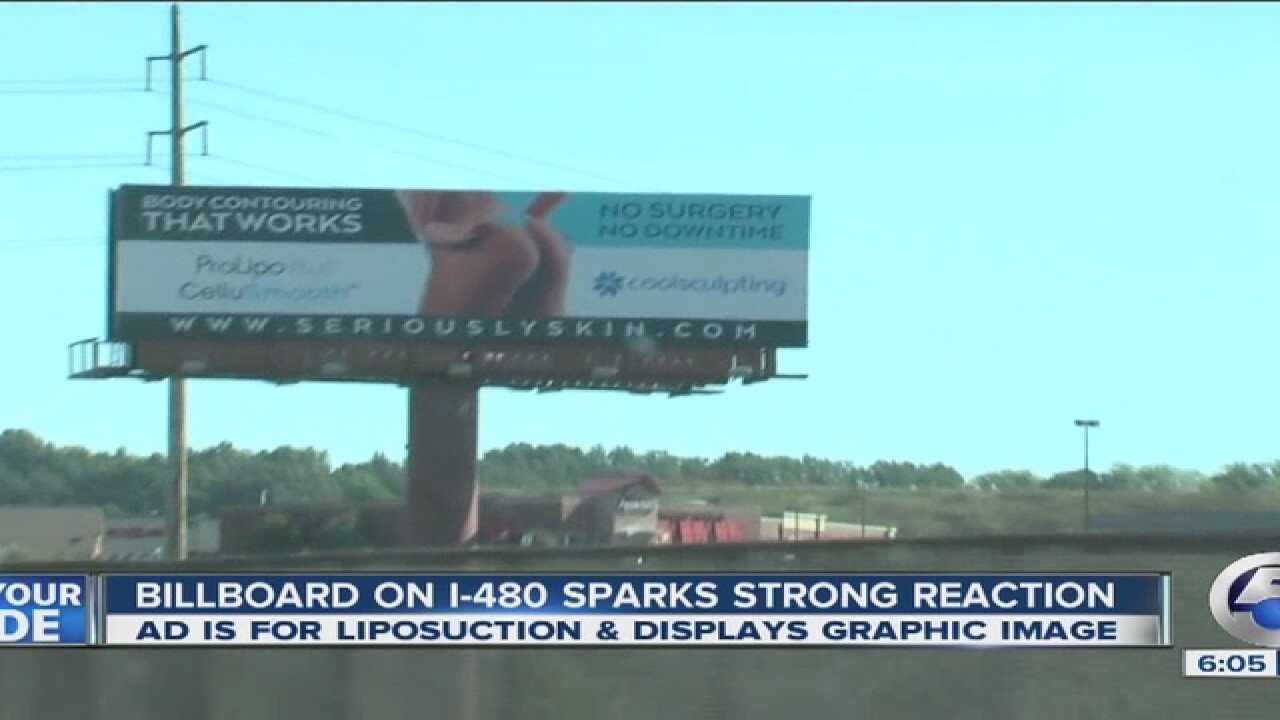 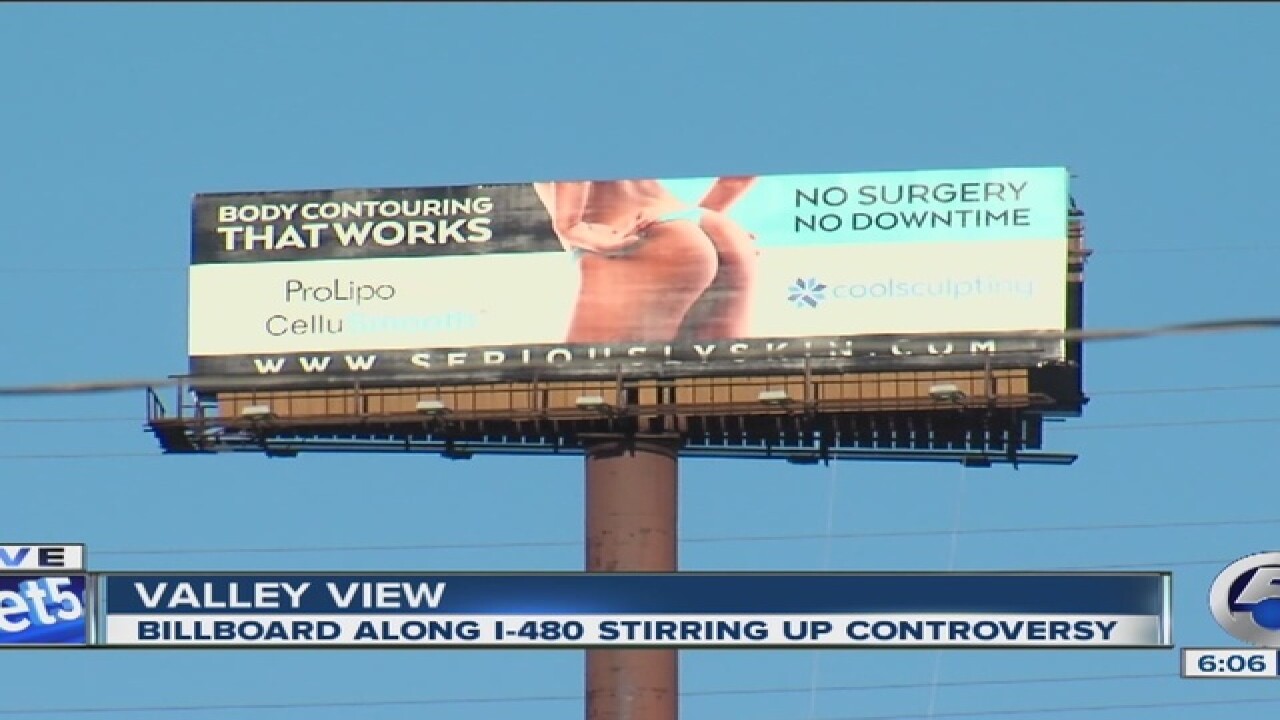 A billboard next to the I-480 bridge is sparking strong enough reaction from travelers that it is being changed.

Seriously Skin, a Chagrin Falls business that specializes in fat removal and cellulite reduction, is advertised on the billboard. It includes a close-up image of a woman's buttocks in a thong.

“It's a little risqué to put on the highway with families coming and going and kids in the car,” said Marilyn Vaselaney of Broadway Heights.

“They could show love handles or something instead,” said Pat Trzeciak of Maple Heights.

Weisberg said the billboard, which has been on display for the past two weeks, is simply intended to promote the business. She said the image was chosen after the company's clients picked it in a poll.

“I think we were all thinking it was definitely on the edge,” she added. “We were aware of that, and we were newer to this so we just didn't know or expect the feedback.”

“I don't particularly find it offensive, but I'm sure it is offensive to other people, and if it is then it should be taken down,” said Randy Nader who owns a business near the billboard.

Weisberg said it will be taken down after the mayor of Valley View pushed for it. The billboard's location falls in the village's jurisdiction.

“I got some pushback at first then I could tell they were community-minded,” said Mayor Jerry Piasecki.

A new billboard for Seriously Skin is expected to appear in the same place in a month with an image of a woman's body in a bikini.

The company that owns the billboard, Cleveland Outdoor Advertising, did not return a phone call from NewsChannel 5 for comment.