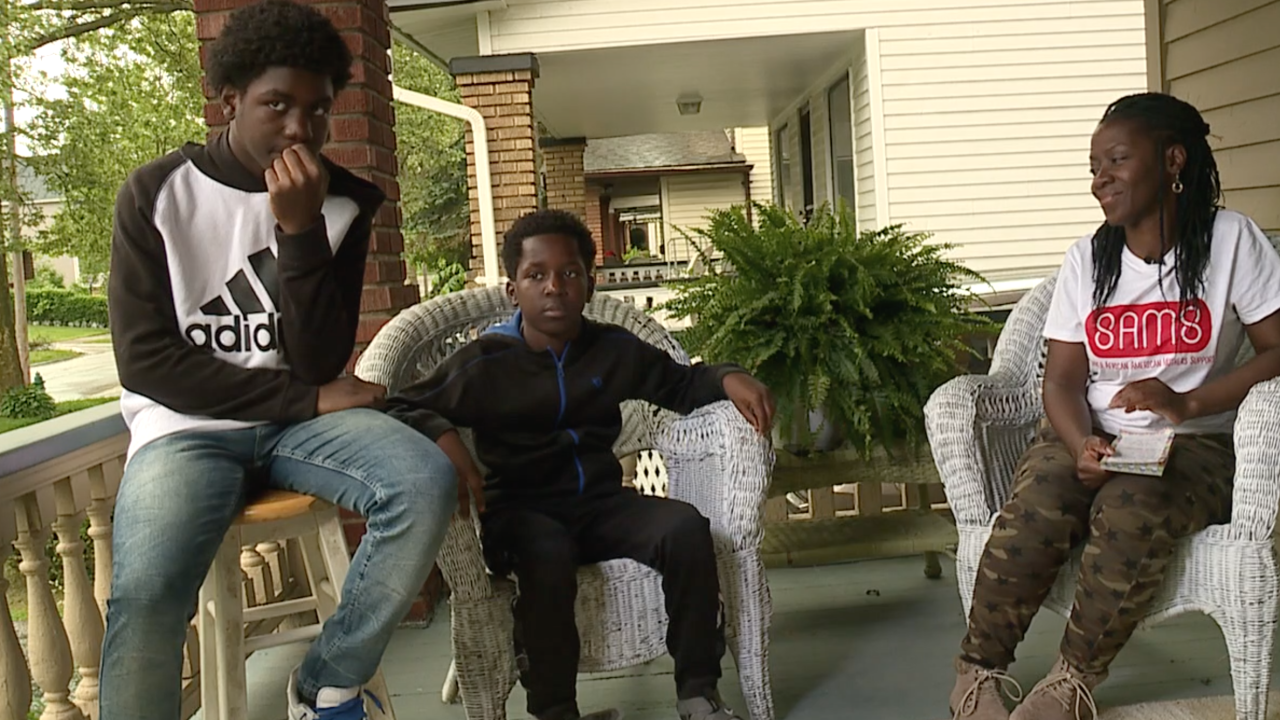 SHAKER HEIGHTS, Ohio — She’s had the ‘the talk’ with all three of her boys. For black families, ‘the talk’ isn’t about sex, it’s about interacting with law enforcement.

"Without a word, an African American man can appear threatening,” Kim Harris said. "If my son reaches for something and he’s stopped, he’s dead. That’s what I know.”

Kim Harris is the founder of SAMS, Shaker African American Mother Support. She helps families in her neighborhood support each other and she works with young people to have positive experiences with the local police department.

"Like in so many situations, building relationships is at the core and at the base,” Harris said.

She knows all interactions with police won’t be good ones so she’s been teaching her sons about racism and what to do if they get pulled over. This is something many black moms have had to do for decades.

And she’s not the only one giving her children ‘the talk’ again.

"For a black man in the 21st century in America to have to wonder will the police, who my taxes pay to protect him, kill him,” Dr. R.A. Vernon said.

Dr. Vernon is the senior pastor at The Word Church.

He’s used to sharing messages of love, compassion and light with his congregation of thousands but right now, he’s focused on a more immediate cause.

“The talk for a black father is how not to get killed by the police,” Vernon said. "Right around eight, nine years old every black father has to sit his children down and say 'If they ever pull you over, put your hands on the dash, don’t reach for your cell phone, ask for permission to call.'”

Vernon said in addition to having "the talk" yet again, he’s also forced to use these latest injustices as learning experiences for his children.

"To act like color has nothing to do with it is naivety, so this is one of those times I don’t feel like being sweet. Even Jesus would be upset,” he said.

Both community leaders said in addition to "the talk", they teach their kids to be proud of their black skin although sometimes it's hard to live in it.