For years, an Akron family was haunted by the vanishing of their 17-year-old daughter who disappeared from her house in 1974 without a trace after getting in an argument with her step-father. Fast forward four decades when a local college student stumbled upon the records of an unidentified woman. Little did she know that this discovery would lead authorities to reopen the Linda Pagano case and her disappearance wouldn’t remain a mystery.

Amateur detective and always-curious Christina Scates found herself going through her genealogy. She decided to ditch the existing project she was working when her eyes became fixated on one line in a ledger of Cleveland's unidentified people that read "unidentified white female bones." 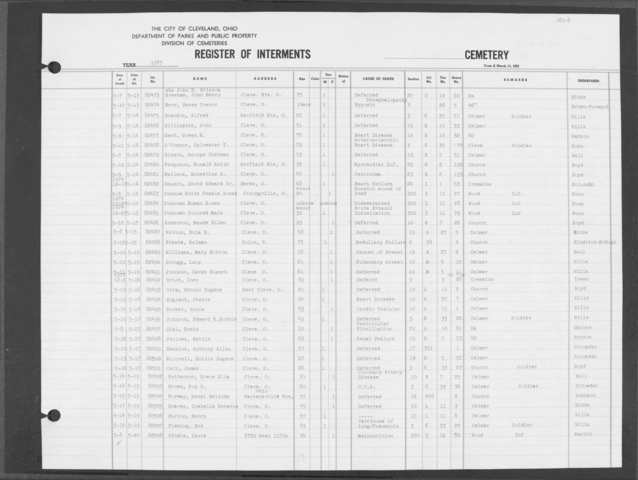 On the line 82483 of the ledger were the words: "unknown white female bones."

Those words perplexed her as she wondered who this missing person was. Questions circulated around this one line that was the only trace of a life lived long ago. Had she been forgotten? Did she have family and friends? Why was she unidentified with not even as much as a name?

It was in 2014 when she first came across the mysterious description—a revelation that kept nagging her like a bad cold that wouldn’t go away. 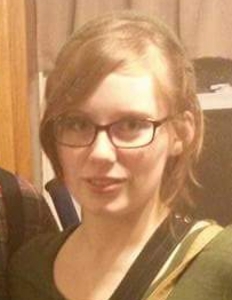 “It was in the back of my mind for a couple months every day, thinking this isn’t right. This isn’t how things should be,” Scates recalled. “That’s why I looked into it further than I originally did.”

She kept the little, vague information she had in the back of her head. Days turned into weeks and weeks turned into another year—2015.

Scates started looking at newspapers and Google searches for any missing persons from the 70s. Her countless searches came up empty. When she called Strongsville police, they didn't have anything on the case. She contacted rangers at the Cleveland Metroparks since her body was found along the Rocky River in Strongsville by three teenage boys on February 5, 1975, which is now the Mill Stream Run Reservation.

"I was finally able to get the files from the original case from Lt. Don Sylvis of Cleveland Metroparks who had details about the unidentified female bones," Scates said. She didn't get a lot of detail about the case from the file.

"Basically, I didn't know what to do next," she said.

Scates posted on Websleuths, a website where the public can post tips and resources for missing person cases but she continued to come up short without a lead.

"I posted on Reddit because I figured other people could do more than I could at that point," she said. "People were actually interested in the case because they were amazed that there wouldn't be something in a database.”

After gathering more newspaper articles, she started posting her findings on Reddit. At the same time, people tried to find matches from other missing person cases. It wasn't until the summer of 2015 that a California artist named Carl Koppelman who liked to cross-reference unidentified remains with missing persons got ahold of the case and got in contact with Scates to progress it forward. 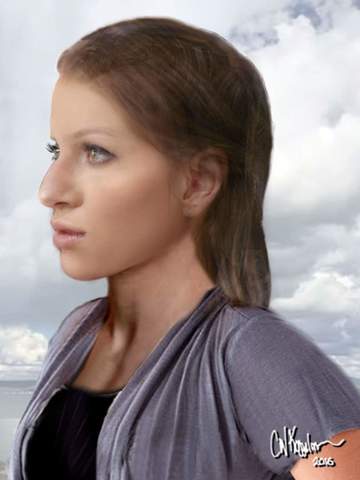 Koppelman, who is known for recreating digital illustrations of unidentified people across the country, contacted the Cuyahoga County Coroner about the unidentified remains.

"He passively asked about the case and they had no idea, so then that ended up with her being added into the database for missing people,” she said.

By December 2016, authorities reported finding a possible match of the remains to Linda Pagano. It was the first time her disappearance was officially entered into a database.

"For whatever reason, it could've been backlogged or put in a file somewhere at the police department.

"There was probably documentation somewhere, I'm sure the county had it, but there was some sort of a clerical or entry error," Scates said.

Not having Linda Pagano entered into the database raised concerns for Scates who wondered how many others were lost in a system at the hands of a clerical mistake or misspelling of a name - their life remembered by loved ones but forgotten by the people who were supposed to get answers.

"There were many other people on the ledgers. I basically kept looking line after line because these were all people who basically died forgotten or unknown. There were a lot of entries from the early 1900s and even the late 1800s," she said.

For Cheryl and Mike Pagano, they never lived to see the day where their questions turned into answers. They died not knowing what happened to their daughter all those years ago.

In December 2016, the Akron Police Department contacted CCMEO regarding a possible match, and dental records were provided. Over the next several months, law enforcement, city officials and the CCMEO met to discuss the exhumation of the unidentified woman’s remains at the Potter’s Field.

At first, it was a tentative match that the few dental records left belonged to Linda. Her family had a good feeling it was Linda based on the digital illustration by Koppelman.

In the beginning of 2017, Scates was made aware, along with many others, that the dental records likely belong to Linda. Authorities called it a tentative match.

As years passed with no one coming forward to claim her unidentified remains, Linda was buried in the Potter's Field— a place where unidentified persons are buried. The City of Cleveland established the cemetery on Green Road in the early Twentieth Century.

Authorities exhumed her body in October 2017 from a grave forgotten by many over the years for a confirmation.

The call and closure

The day came when Scates got the phone call on a Wednesday night.

"At that point, I was on my computer playing video games or scrolling through Reddit, which apparently is a pastime of mine, when I got a message from a family member of Linda's confirming it was definitely hers," she said. "I got choked up when I got the news. I guess it was known to be coming because of how many similarities between the dental characteristics, the illustrations and the circumstance, but having it in DNA proof is a whole other thing.

"I was perfectly fine just bringing the case interest back to the case,” she added.

On July 12, the Cuyahoga County Medical Examiner revealed the news to the world in a press conference that confirmed the remains buried in Potter’s Field belonged to Pagano. The case has been handed over to Cleveland Metroparks as a homicide investigation.

Michael Pagano, Linda’s brother, said his memory of his sister never faded. But his hope of finding out what happened to her did. 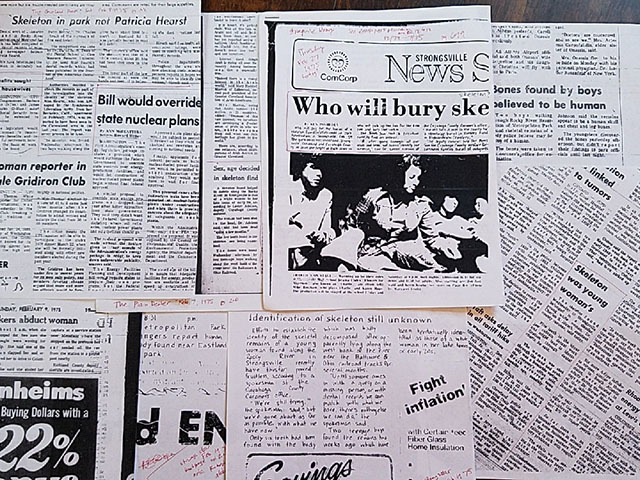 And just like that, with a harassing curiosity that wouldn’t leave her, Scates helped turned one of the biggest mysteries in Northeast into a closing chapter of a long, forgotten mystery.

Through years of investigating, Scates realized those who went missing could be forgotten with a click of a button or clerical error.

“I highly encourage people to check into the status of their missing loved one or friend to see if they are entered into a database, especially back then, they didn’t consider them missing.”