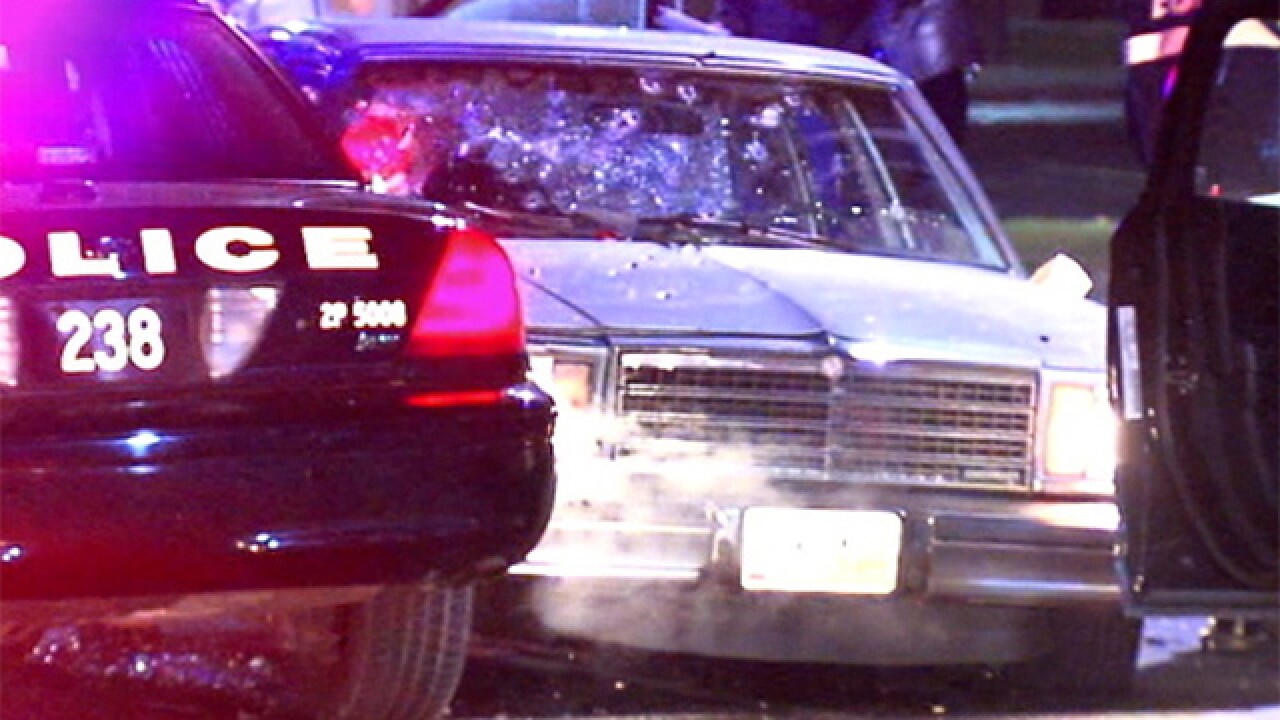 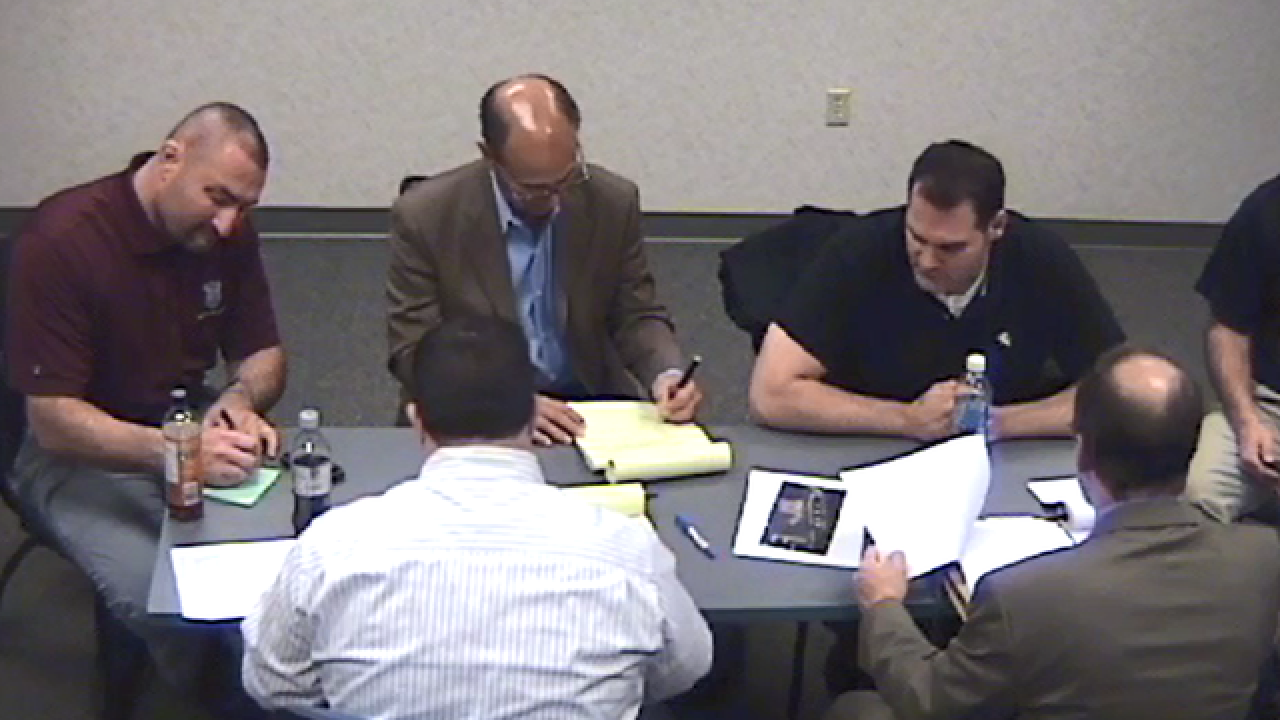 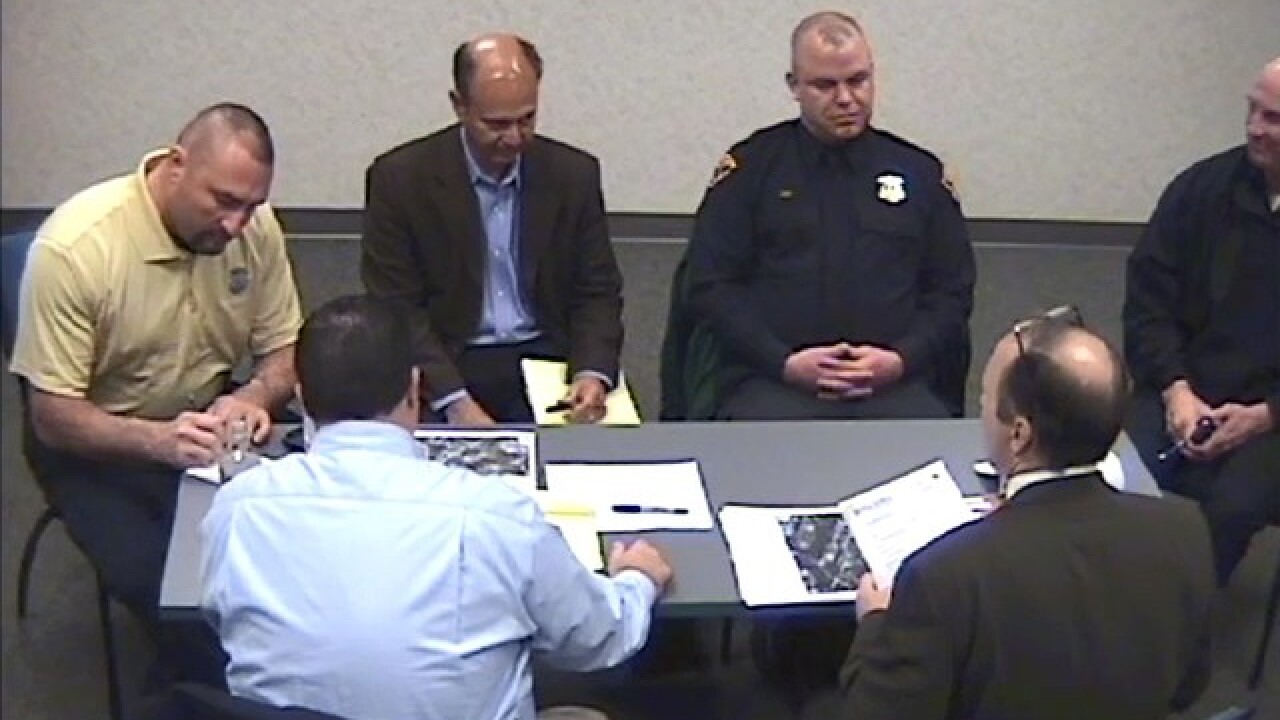 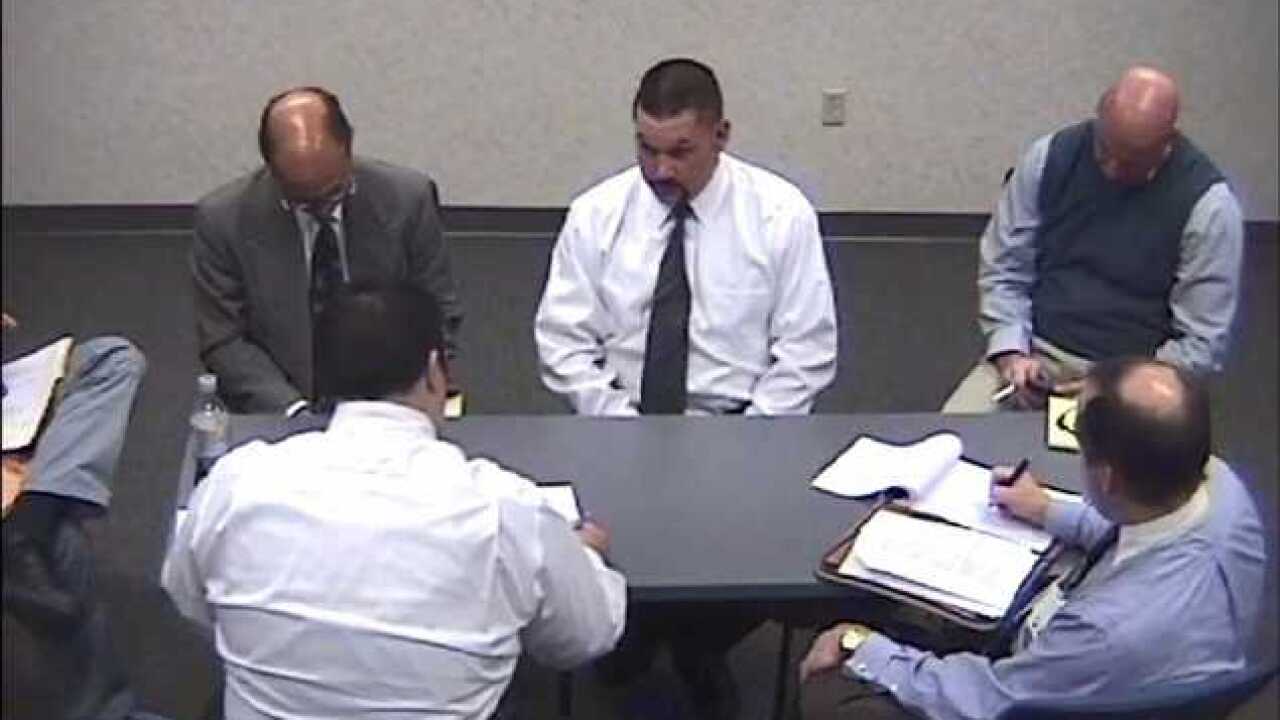 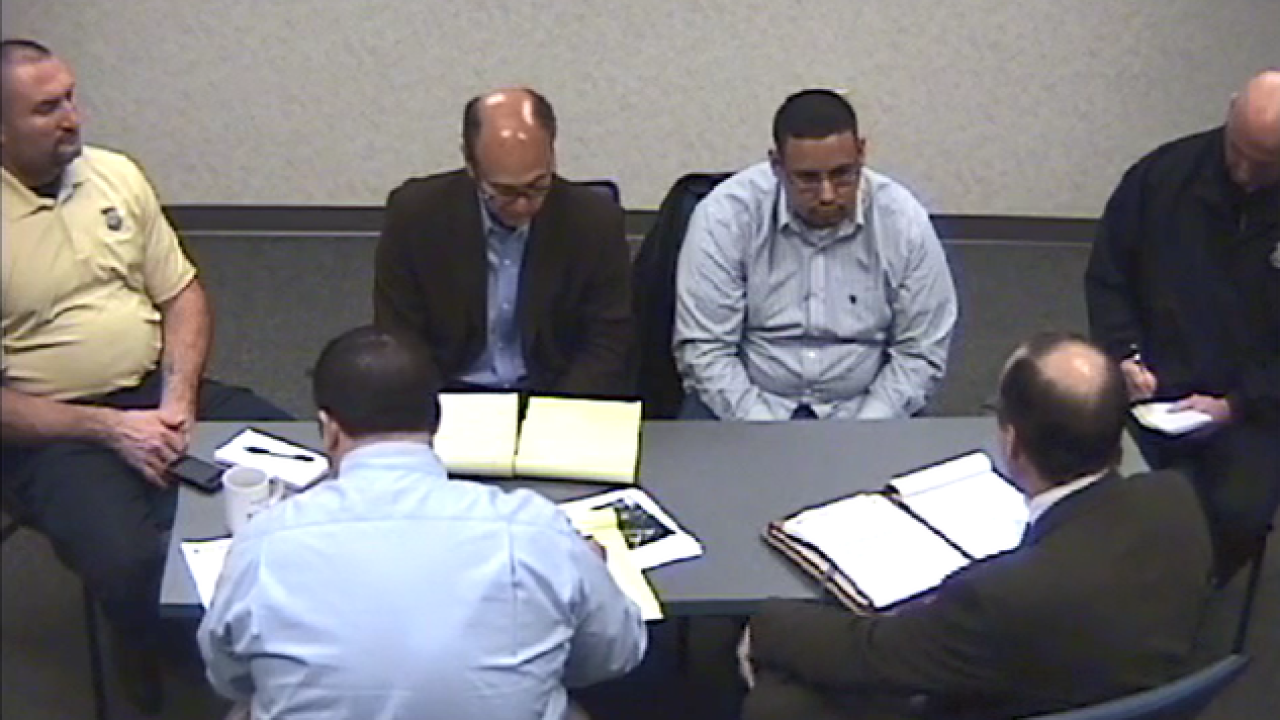 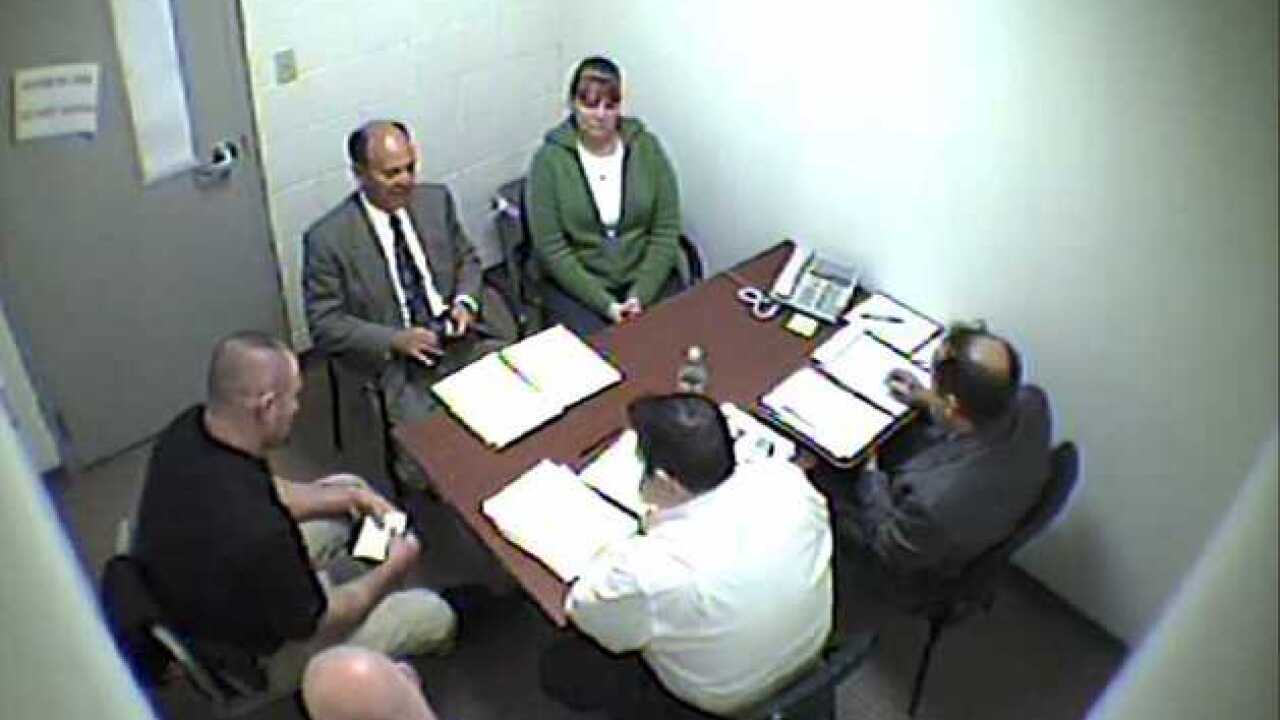 Five out of the six officers fired for a November 2012 chase and shooting that ended in deaths of two unarmed suspects have been reinstated by Cleveland police.

On Oct. 9, the following officers were back on payroll and reinstated into the force pending successful completion of the 30-day Return to Duty Program and permanent assignment, according to Brian Moriarty, the attorney for the Cleveland Police Patrolmen's Association.

The five officers have to be retrained at the Cleveland Police Academy on use of force policies. The training runs three days to a week and they will be placed in different districts than they were previously serving in, according to Moriarty.
Moriarty said the city of Cleveland had 90 days to appeal the decision but on the 89th day, decided they would not appeal.
The officers will not be paid from the time they were fired to the time the arbitrator decided they would be reinstated as part of the arbitration ruling. However, they will receive back pay from June 13, 2017 when the decision was made.
“We are not surprised by the arbitrator’s decision,” Moriarty said. “We had hoped all six officers would be restored to their duties.”
Mayor Frank Jackson, on the other hand, is not happy with the decision.
"We disagree with the arbitrator's decision, but it was the arbitrator's decision. And getting those decisions overturned is almost an impossibiity to do that. But I disagree," Mayor Jackson said.

The six officers who were fired as a result of an internal review did not lose their pensions, according to Ohio law.

David Malik was one of the attorneys who represented Malissa Williams' family.

"You'd think as a matter of course they shouldn’t go back to work. but I think with the Justice Department ruling and the fact that they’re going to be retrained, it is not as unfair as it used to be," Malik said Thursday. "It used to be people just went back to the job without getting retrained. So it's getting better, but it’s not perfect."

In January 2016, the head of the Cleveland Police Patrolmen's Associations, Steve Loomis, strongly defended the actions of the 13 officers and detectives involved in the deadly chase, vowing that the six officers fired would get their jobs back.

"We fired our guns because they used their car as a deadly weapon,” said Loomis. “We have a right to defend ourselves and go home to our families, period.”

The 13 officers fired a total of 137 shots into Timothy Russell's Chevy Malibu. Russell and his passenger Malissa Williams were killed after leading police on a 24-minute high-speed chase.

Michael Brelo, the sixth officer fired,  was acquitted of two counts of voluntary manslaughter for his role in the incident last year.

In June, William C. Heekin, the arbitrator working with the City of Cleveland and the Cleveland Police Patrolman's Association, found that the city met its burden in establishing that the suspension actions taken against Officer Scott Sistek, Officer Cynthia More, Officer Randy Patrick, Officer Paul Box, Detective William Salupo, and Detective Michael Rinkus were for just cause. The grievances filed on behalf of those officers were denied.