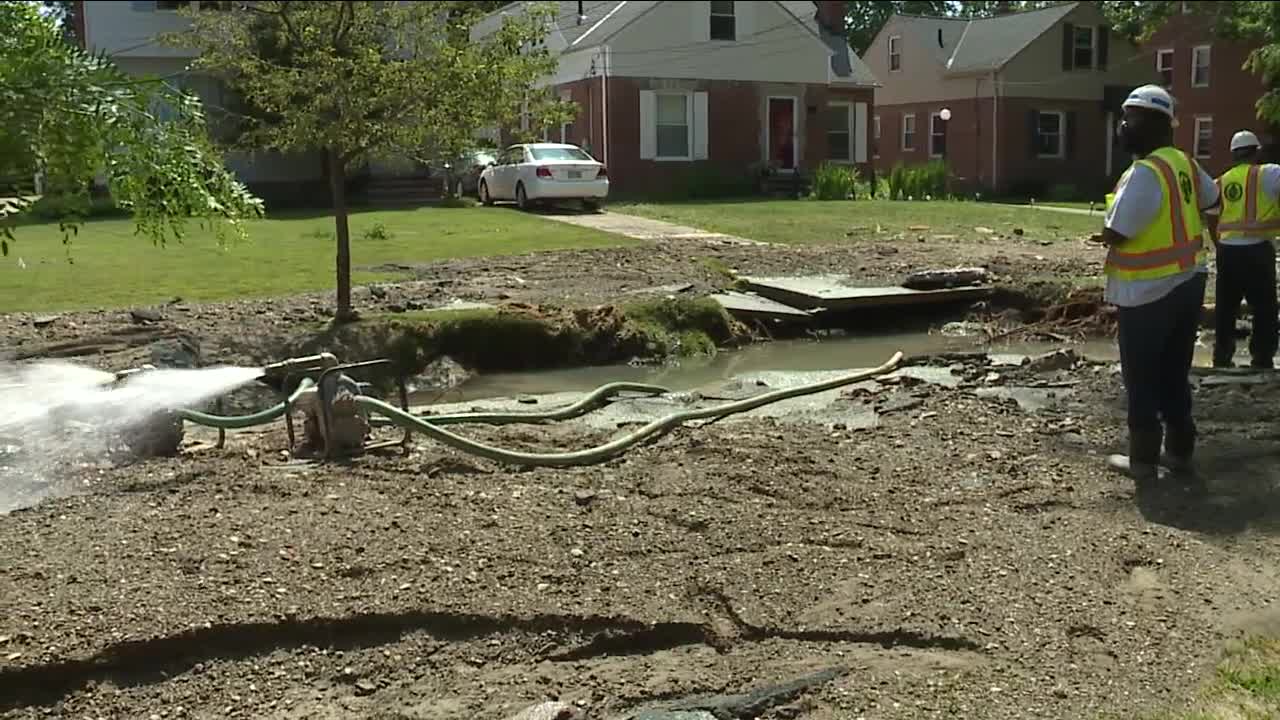 Crews are working to repair a water main break that occurred in South Euclid overnight. 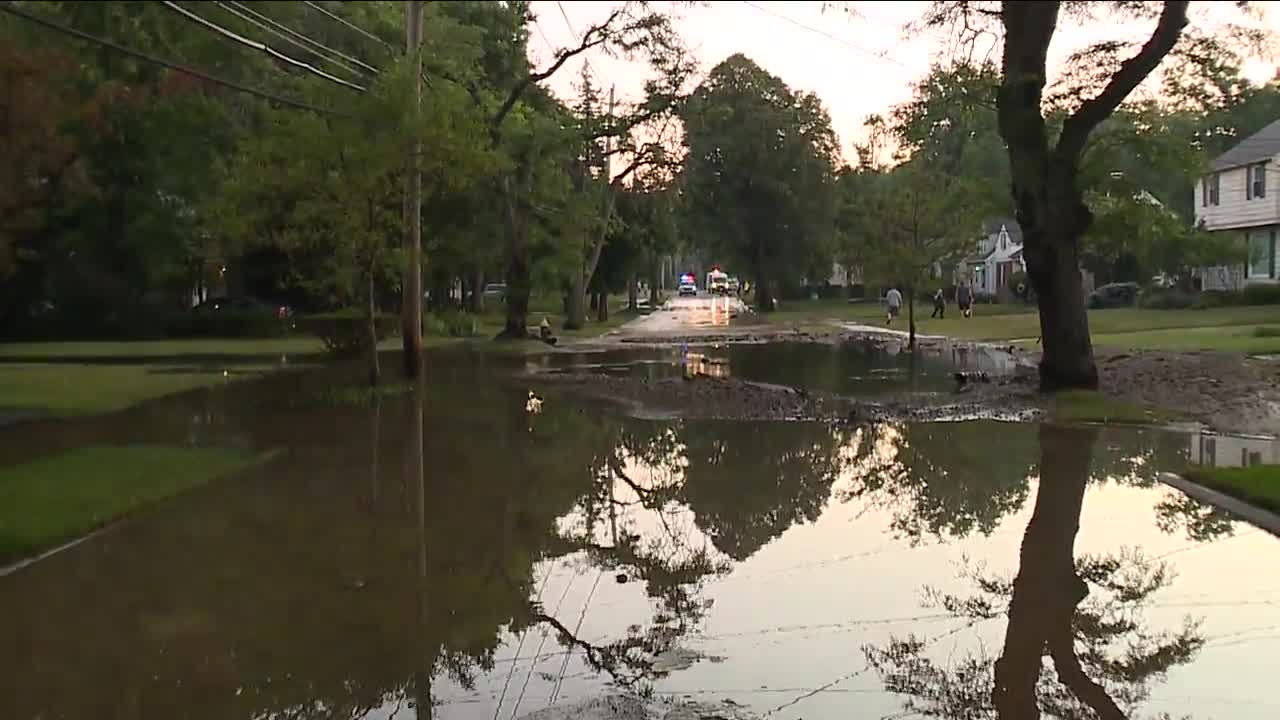 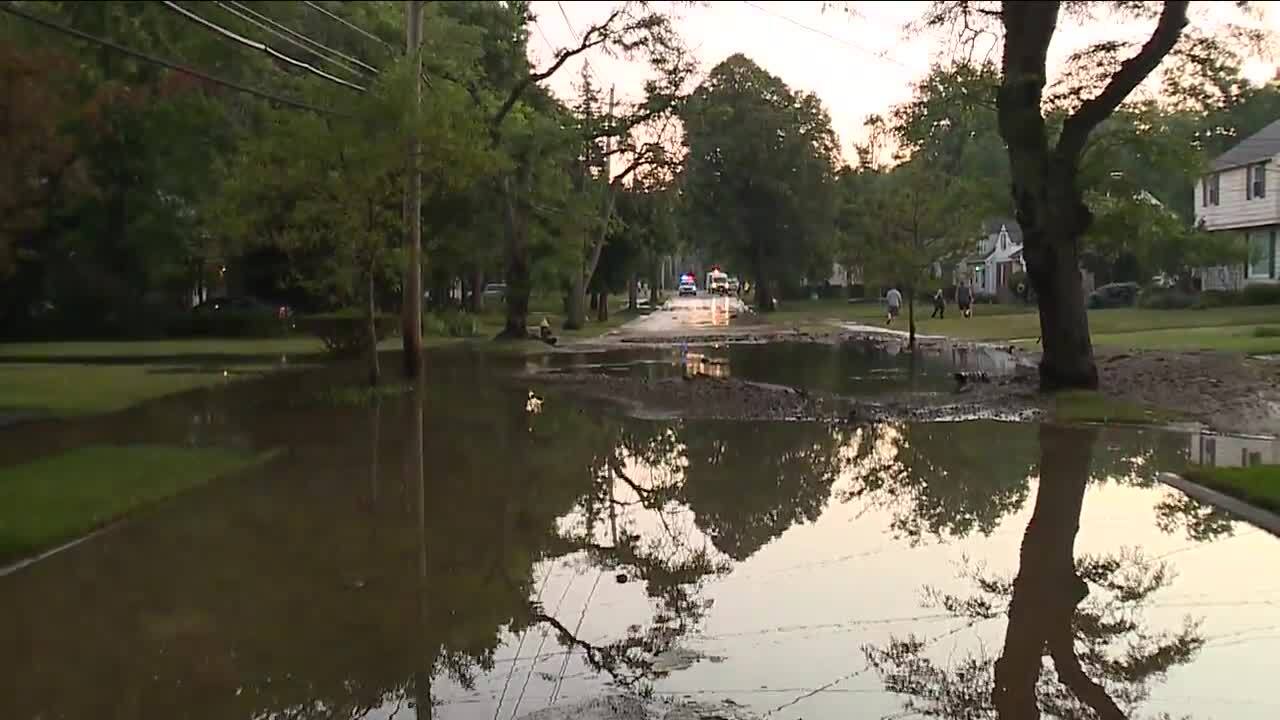 Around 3 a.m. Sunday morning there was a water main break on Dorsh Road near Burger Road that caused flooding in the area and a Boil Advisory has been issued for cities in the area.

A Boil Advisory is in effect for customers in South Euclid, Highland Heights, Richmond Heights and Lyndhurst due to the water main break.

Cleveland Water said the break may have allowed disease-causing organisms to enter the water supply. Residents in the affected area should not drink their water without flushing all of their taps for at least three minutes and boiling it first. If you have consumed the water and are experiencing nausea or stomach discomfort, Cleveland Water said to contact your doctor.

Cleveland Water said that there is no evidence that the water system was contaminated but the possibility exists and the advisory has been issued as a precaution.

The company is currently working to correct the problem.

Cleveland Water responded to the scene and crews are actively working to control the leak flow and isolate the break so they can begin repairs.

Residents in the area may have reduced water pressure while crews work on the break, Cleveland Water said.

Some residents have reported they didn’t have any water at all and some have reported flooded basements as a result of the break.

"It was filling up pretty quickly and I was worried about a fire because the outlets were buzzing and making a lot of bad noises and my mom got shocked in the basement trying to unplug stuff,” said Megan Best, a South Euclid resident.

Homeowners on Dorsh Rd. said they struggled to reach anyone when they called the city’s emergency water telephone number and electricians had to wade through several feet of water to shut off the flow of power.

“They had to walk and it came up to his mid-chest trying to get to our house to shut it off,” Best said.

Bill Yu is the Civil and Environmental Engineering Department Chair at Case Western Reserve University and said a number of factors contribute to what some are calling a major increase in water main breaks this summer.

“Cleveland Water manages about 5,000 miles of water mains and they serve about 77 different cities,” Yu said.

He added high temperatures speed up the corrosion of the water main infrastructure, which could pose environmental health hazards over time.

“They have a break that remains unnoticed for a while, which means bacteria or contaminated material can get inside the pipe,” Yu said.

He believes more attention must be paid to water usage percentages in areas where water main breaks happen often but advised those types of inspections are both costly and inconvenient for residents.

“A strategy would be if we could have a way to predict for next year which region, which pipeline is more likely to have a break or a water leak,” Yu said.

Margevicius continued his written statement for Cleveland Water below:

Cleveland is not currently experiencing what we consider a significant snap of a lot of main breaks. Most main breaks do not get media attention. What has made today notable is the large transmission main failure that occurred on Dorsh Road in South Euclid this morning. Such major failures on large transmission mains are relatively infrequent, occurring on average about 18 month apart.

Every 5 years or so, an extremely long, dry spell during the summer can lead to ground movement and higher rates of main breaking. Cleveland is not experiencing that currently. We do not believe there is any unusual rash of main breaks occurring.