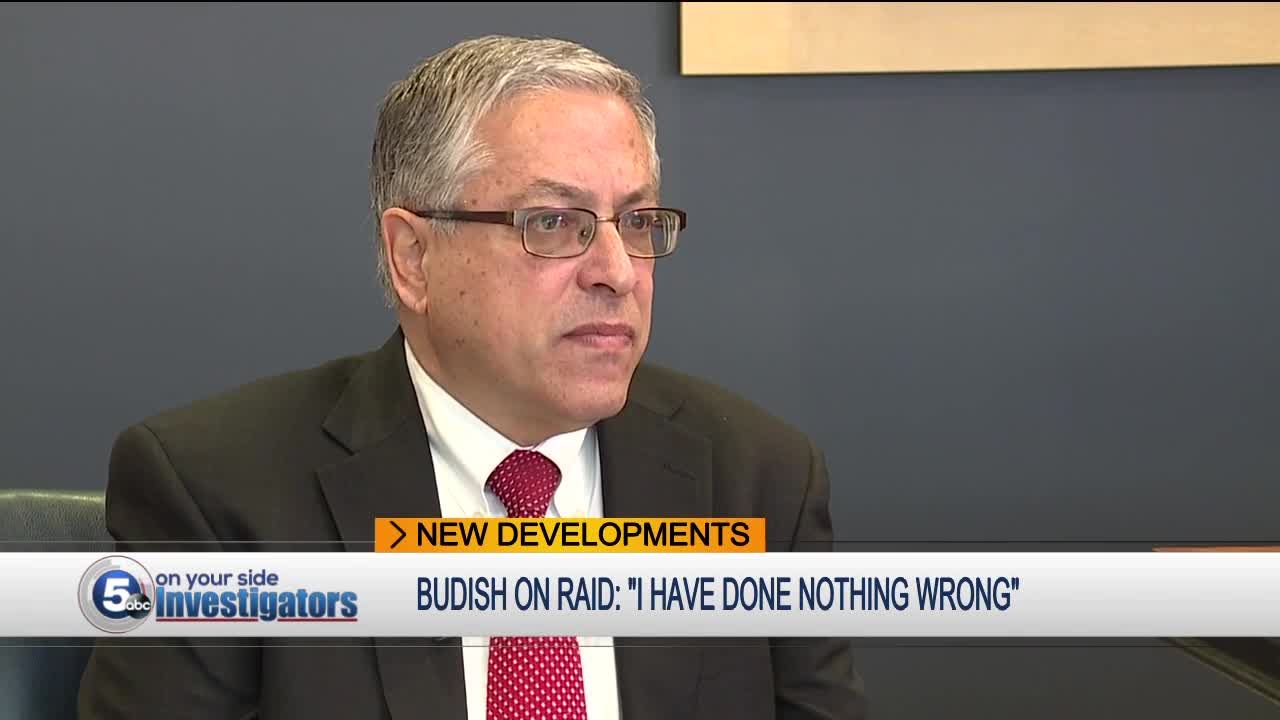 Cuyahoga County Executive Armand Budish remained evasive Friday during a one on one interview regarding precisely what documents have been seized following an FBI raid Thursday of his county office. 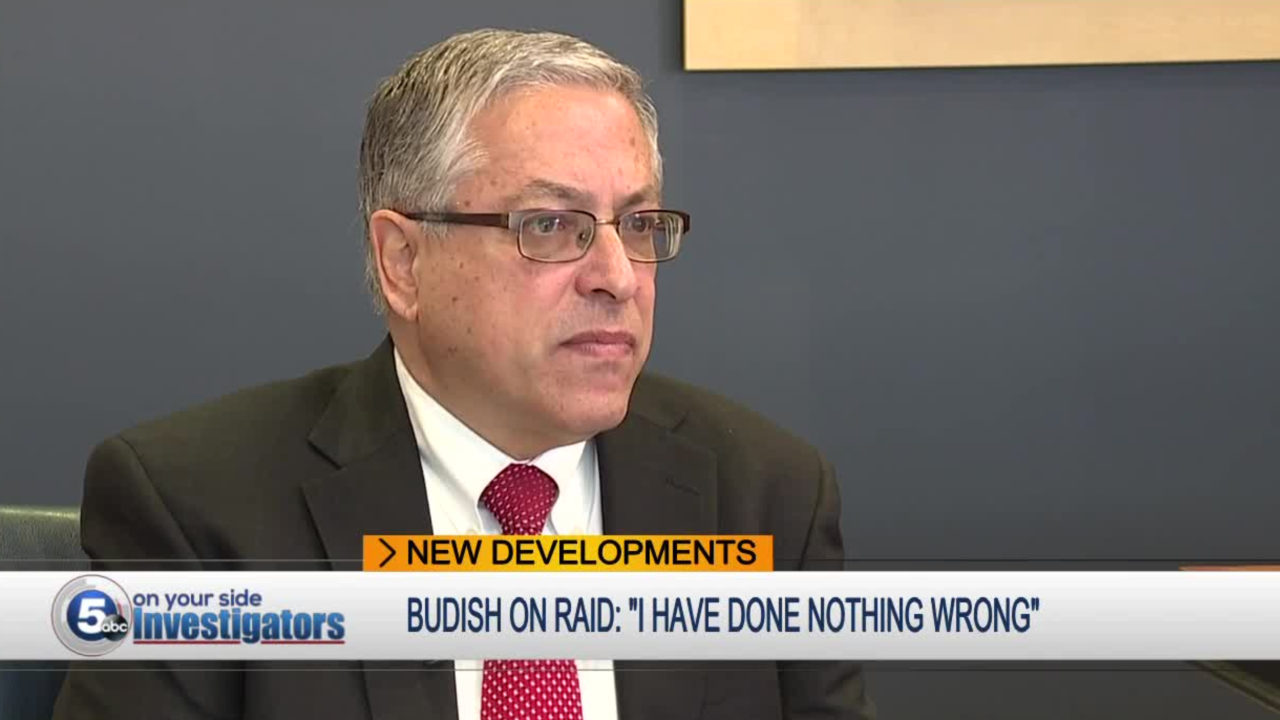 CLEVELAND — Cuyahoga County Executive Armond Budish remained evasive Friday during a one on one interview regarding precisely what documents have been seized following an FBI raid Thursday of his county office.

During the interview, he again insisted he "has done nothing wrong" and is "cooperating fully with investigators."

But despite being served with a 3-page search warrant Thursday morning at his county office, Budish remained evasive about what was seized.

When asked what was seized, Budish responded, "I'm still trying to figure that out", although he did mention his cell phone and hard drive to his computer.

The search warrant actually spells out some very specific topics that relate to the troubled Cuyahoga County Jail.

The search warrant also sought all paper and electronic files related to former jail Director of Care Gary Brack who was fired last May after raising questions about medical care and nurse staffing inside the jail.

Those documents may be important because the jail is currently under an FBI review for alleged use of force violations as well as multiple lawsuits regarding conditions and deaths.

The corruption probe began one year ago and so far, three top county employees have been indicted —including the former Jail Director on charges he lied about his role in blocking the hiring of nursing care.

Despite the specifics itemized in the search warrant, Budish declined to comment if he suspected the raid was related to events that have transpired.

"You'll have to ask the prosecutors that—I can't guess what's in their heads," said Budish.
Budish firmly denied he ever told jail officials not to hire more nurses.

Budish did condemn the raid, saying "it was so wrong, so unconscionable, to come storming in and raid my office when all they had do to was ask and we would have turned over everything."

He blamed his "political enemies" for the probe but failed to mention precisely who he was referencing.

You can take a look at the search warrant and inventory list below: