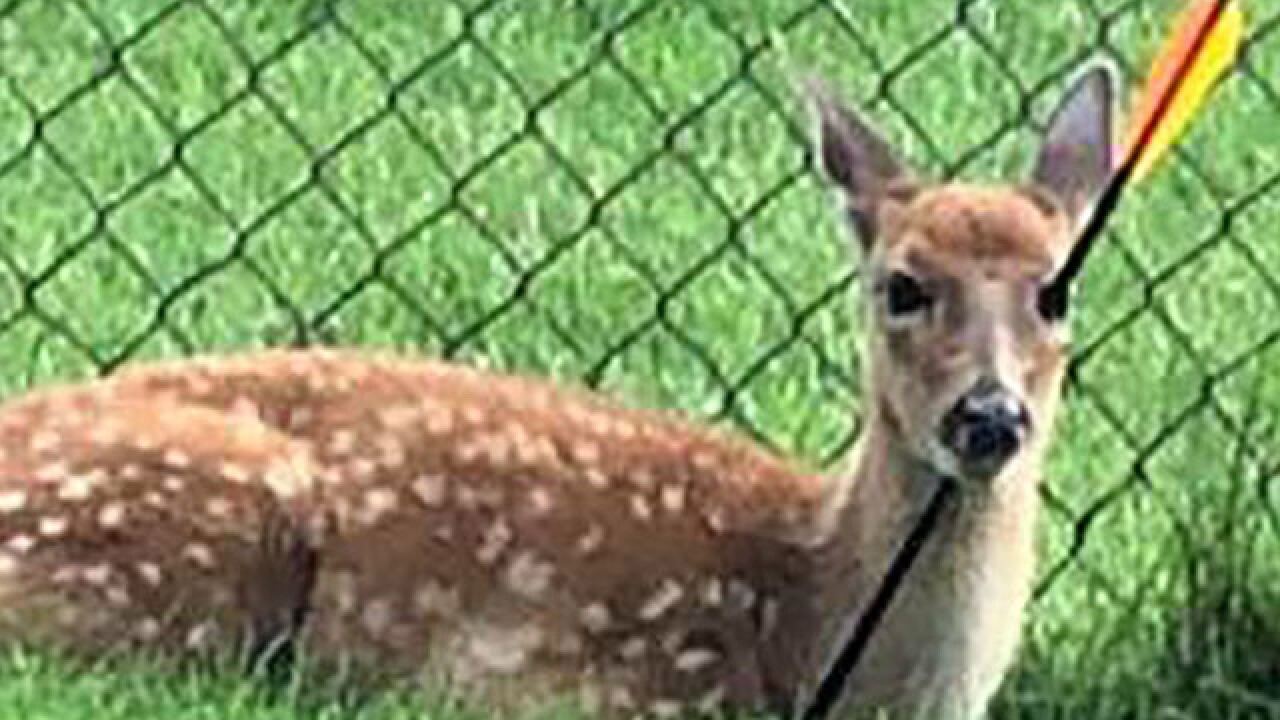 Copyright 2018 Scripps Media, Inc. All rights reserved. This material may not be published, broadcast, rewritten, or redistributed.
<p>ODNR image of the deer. (Source: ODNR)</p> 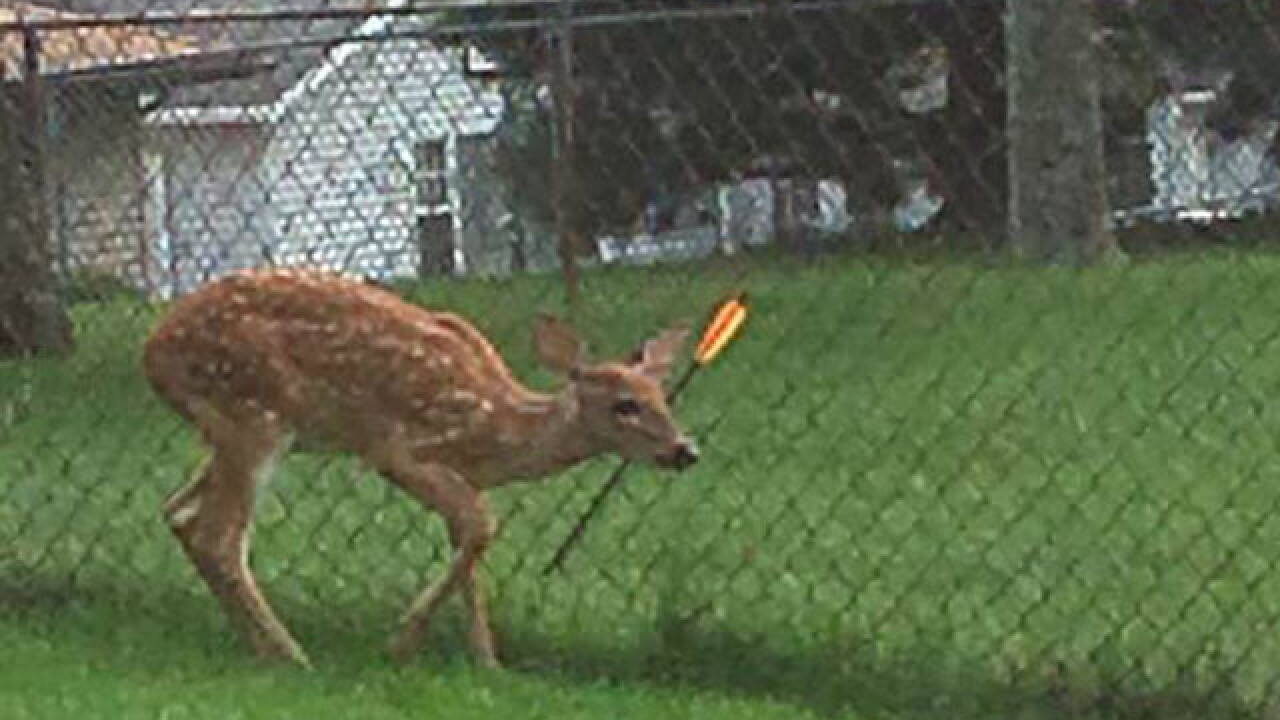 A deer with a crossbow bolt in its head is still on the loose in the Parma area, and the Ohio Department of Natural Resources is actively trying to capture and evaluate the animal.

ODNR has known about the deer since it was contacted about it on Aug. 19, according to Jamey Emmert, ODNR Wildlife Communications Specialist. News 5 also received a photo of the deer from viewer Sandy Morchak, which shows the bolt sticking through the deer’s head.

The deer appears to be eating and drinking without issue, Emmert said.

ODNR confirmed that this was not a hunting accident. Deer season has not started, and they are trying to determine the identity of the shooter. ODNR will seek to prosecute the person involved.

Emmert asked that residents stop trying to help the deer, and stop approaching it. She said it is becoming very wary of people and that is making it harder for ODNR to catch it. Anyone who spots the deer is asked to call local police or 1-800-WILDLIFE and not approach the animal.

On Thursday, about six ODNR staffers went out to the area around State Road and Sprague Road in Parma to try to capture the deer, Emmert said. The deer is very evasive and has so far evaded capture. ODNR is using nets to capture the deer, not tranquilizer darts, because their policy is not to release animals that have been darted. Darting a deer also creates a hazard, because it may run into traffic.

Once the deer is captured, ODNR will determine if the animal can be helped or if it needs to be euthanized.